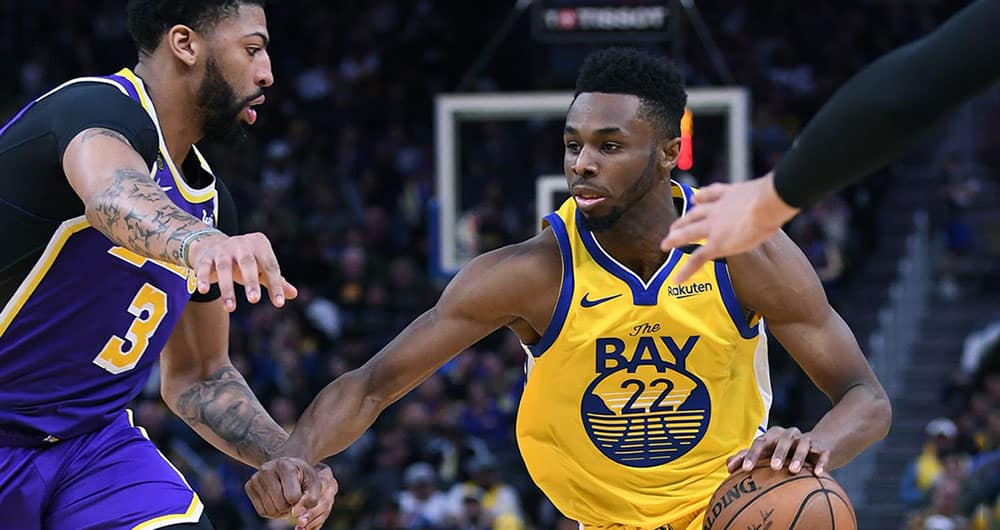 What a night we had last evening in the Association. We went 2-0 on our best bets with the Sixers and Heat getting the covers. On top of that, we also went 2-0 on our props. Embiid got 2 threes for the +120 payout and Randle showed up like we expected, dropping 24 to go over his 21.5.

There is no time to soak in these wins as there is more action tonight that we have been neck-deep into since last night. We found some nice props to hit on tonight’s slate, so without further ado, let’s jump into the NBA Props for Thursday.

Terance Mann UNDER 0.5 Made 3s

Mann is averaging just 0.6 made threes per game this season. However, the reason I like the value here on the plus money is more so the fact that he averages just 2.7 attempts per game. All we need is an 0-2 or 0-3 night to pick up this prop against the faltering Lakers. I don’t mind rolling the dice here with almost 2 to 1 odds.

Wiggins went for 18 in their previous matchup with the Mavs on Sunday. The game was without Klay in the lineup, who looks to be ready to go tonight. Over his last 5 games, Wiggins is averaging just 11.8ppg. I believe tonight, with the return of Klay, he will see a bit less floor time and thus less scoring opportunities.

Big Al is averaging 10ppg on the season and recently had a game against the lowly Pistons where he dropped 19. However, he is far from reliable from game to game. If you throw out that Pistons game, he is averaging just 8.4ppg over his last 9 games. He has failed to go over this number in 7 of his last 10 and the one he did against Brooklyn was by the hook. I don’t expect much from Horford tonight against a good Memphis team that will have Steven Adams and Jaren Jackson Jr defending inside.

Bey has missed this over in half of his last 10 games. He also failed to pick up one in their last meeting. Toronto is a healthy favorite tonight and gives the threat of a blowout that could lead to less time for Bey in this one. I like the value we are getting here on Bey.

Finally, we found an over that we like for tonight. Ayo dropped 12 on the Hawks in their last meeting and 14 in the game prior to that against them. Over his last 10 games, he has exceeded this total 7 times. This should be a tight game throughout and the total is upwards of 230 which should give him plenty of opportunities to contribute on the scoreboard.