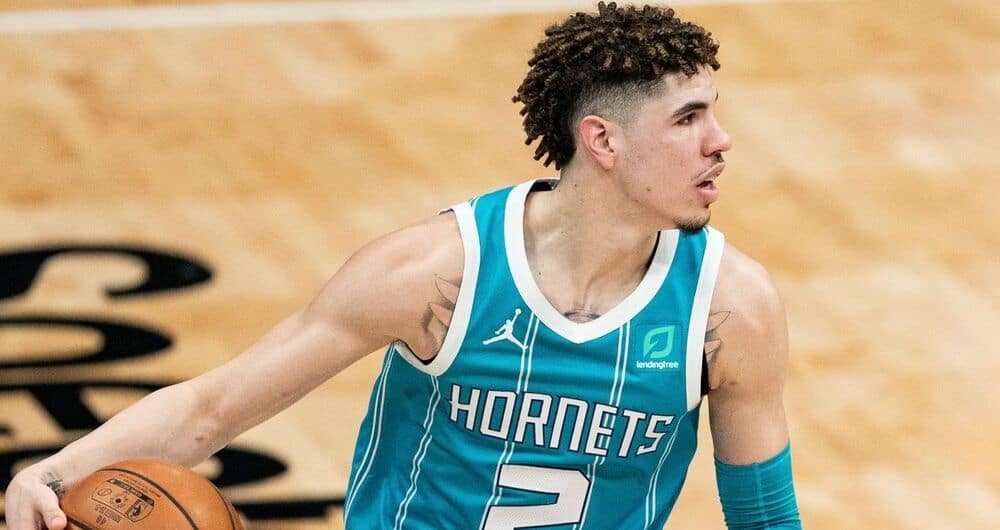 Do you miss football yet? We do! Thankfully, basketball season is in full swing to help soothe the football hangover. Seven games are on the NBA slate for Tuesday evening and, as usual, two of them are on TNT.

The first primetime game has the Celtics traveling to Philadelphia to take on the Sixers. The late-night game pits the Clippers against the Suns. Here are the four best NBA player prop bets for Tuesday, February 15th as well as a same game parlay!

Ball is an outstanding young player and he’s always highly entertaining to watch. However, we think this point total is a touch too high. Our projection has Ball ending up with around 17 points against the Timberwolves tonight.

As we mentioned in a previous prop article, we often feel there is value in taking the superstar players to stay under their respective point totals. The books know that casual NBA fans love to play their favorite players to go over their point totals. With that being said, the books have to shade the lines a bit towards the Overs.

Ball has been on a roll of late but there’s still plenty of mathematical value on the Under in this spot. Out of Ball’s 51 games this season, he’s stayed Under 21.5 points in 31 of them. That stat alone gives us enough confidence to pull the trigger on the Under!

Minnesota isn’t a bad basketball team and they are especially tough at home (16-10 SU). The Timberwolves defense has a few holes but they rank 10th in field goals allowed per game. We think Minny can slow down Ball just enough to hold him under 20 points tonight.

As soon as this line came out, we immediately felt like it was at least four points too low. Our math model has Allen scoring 18 points tonight against the Hawks.

The former Texas Longhorn is having his most productive season as a pro by averaging 16.2 points per game. During his 49 games this season, Allen has gone over 13.5 points 31 times. Both of these stats are strong indicators for an Over in this spot for Allen.

As far as the matchup, we think Allen should have an easy time down low against a Hawks team that ranks 18th in points in the paint allowed. Atlanta also ranks 25th in field goal percentage allowed. It looks like Allen goes off tonight so take the Over!

You just knew we were going to have some action on the early TNT game between the Celtics and Sixers. Tatum is having a fine season and he’s averaging 25.7 points per game. However, we think Tatum will do well just to break 20 points tonight against Philly.

Through 54 games this season, Tatum has scored Under 26.5 points on 31 occasions. Tatum put up 38 against the Hawks a few nights ago but he’d stayed Under 26.5 the six games before that.

The Sixers’ defense doesn’t get much hype, but they are pretty solid. Philly ranks 6th in points per game allowed and field goal percentage allowed. This group also ranks 4th in blocks per game, which shows that points are often hard to come by against them.

Harris is a solid player who is often overlooked on a star-studded Sixers team. Our projection has Harris scoring around 20 points tonight, even against a very stingy Celtics defense.

The former Tennessee Vol is averaging 18.9 points per game this season, which slightly points to an over. In 47 games this year, Harris has gone over 17.5 points on 25 occasions.

Harris is also in very good current form, as he’s scored Over 17.5 points in 9 out of his last 13 games. Most of the Celtics’ defensive attention will be on Joel Embiid in this game. This should give Harris plenty of open looks and a very good chance of eclipsing this point total.

Now, for the pick we’ve all been waiting for: the ever so lovable same game parlay! We played this at FanDuel for a nice price of +163. In the late game of the TNT doubleheader, we are rolling with the Phoenix Suns to cover the 13-point spread.

The Suns are putting together another dominant season and they’ve been especially tough at home. Here are some trends that support a Suns win and cover tonight against the Clippers:

The Clippers have done an admirable job on defense so far this season. However, this bunch is lost on offense without Paul George and Kawhi Leonard, who are both still out with injuries.

Overall, the Clippers only rank 24th in points per game and 21st in shooting efficiency. They simply don’t have the horses to keep up with Devin Booker, Deandre Ayton, Chris Paul, and company.

As far as the team total portion of the wager goes, we think the Suns will easily go over 119.5 points in this game. Over their last four games, Phoenix has scored 132, 131, 114, and 127 points. Best of luck with all your NBA Tuesday action!