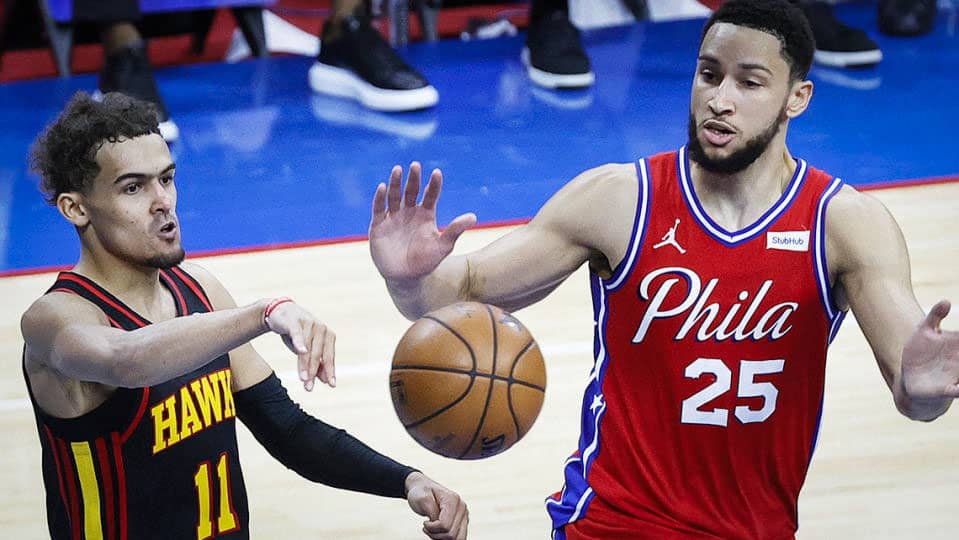 Happy Friday! We have a two-game playoff slate in the NBA today with the Atlanta Hawks hosting Philadelphia for game three of their matchup (currently tied 1-1) and Phoenix traveling to the Mile High City in hopes of taking a commanding 3-0 lead above the Denver Nuggets.

Both games are providing interesting handicapping angles, so let’s dive in! As a reminder, you can shop the latest odds to find the best line under each breakdown.

After putting up 79 points in the first two games of the series we can safely say that Joel Embiid is back from his injury. Embiid is still playing through a torn meniscus, but he publicly said that the pain is manageable. Besides putting up insane offensive numbers, we’ve seen a strong two-way effort from him adding 22 rebounds, 6 assists, 3 steals, and 4 blocks through the first two matches of the second round.

Holding back the young and athletic duo of Atlanta bigs could prove challenging the deeper we get into this series, but so far Embiid has been keeping Clint Capela and John Collins in check on the defensive end.

Strong defense & help from the bench

We were calling for Ben Simmons to become the primary defender on Trae Young in our game two breakdown, and coach Doc Rivers delivered. Simmon’s size (6 ft 11 in) has proven problematic for Young (6 ft 1 in) who finished game two with 21 points on 6 for 16 shooting while turning the ball over four times. The Sixers managed to defend the paint more efficiently than before forcing Atlanta to take 25% more shots from mid-range.

Shake Milton is a name to remember for the rest of the series. The 24-year old backup guard stepped up big time for Philly when it was needed putting up 14 points in the second half of the game making 4 out of his 5 attempts from three-point range.

More of the same is what we are expecting in game three. The Sixers are more than well-equipped to handle the Hawks. They have the size, the strength, and the skills to come out victorious here and grab that series lead. Unless Embiid gets hurt this series is Philly’s to lose.

Take the 76ers on the money line as slight road favorites!

Denver only scored 98 points on Wednesday night and if the offense continues to struggle like this the Suns will end up putting this series away in four to five games. The biggest problem has been the guard rotation for the Nuggets as Facundo Campazzo, the 30-year old Euro-rookie simply gets too big of a role from his team.

Campazzo is not the elite decision-maker like the injured Murray is and he is certainly not a great shooter. Adding to the problem is the fact that Denver’s other starting guard, Austin Rivers is only a 35% career three-point shooter.

We cannot only blame the back-court for these results as standout sophomore Michael Porter Jr. And power forward Aaron Gordon have both been abysmal through the series making 6 total field goal attempts out of 20 shots in game two. Nikola Jokic has been playing as well as humanely possible through the entirety of the season, but a strong defensive team like Phoenix isn’t the type of opponent that you can power through on your own, no matter how big you are or how good your court vision is.

Barton to the rescue? Michael Malone needs to make some adjustments!

The lone bright spot in the game two defeat of Denver was Will Barton, who returned from a long layoff and scored 10 points in 16 minutes. Barton was a key rotation piece and a starter for a long time through his tenure with Denver and he is clearly the best shooting guard option the Nuggets have if he is able to play at least 25-30 minutes starting game three.

We’ve written about the importance of DeAndre Ayton staying out of foul trouble in this series. Well, the Phoenix big was in foul trouble for a large part of game two and the Nuggets still couldn’t score on his backup, as the Suns managed to steer Dario Saric clear of Jokic for the most part. Denver coach Michael Malone needs to put his rotation in order as not exploiting Saric sharing the court with Jokic is taking away the biggest edge of his roster.

Booker and CP3 Rolling Along

We have to give credit to Chris Paul and Devin Booker. Booker has put up 39 points in two games and Paul has been dishing out 26 assists so far without any worry as he recognizes the mismatch between him and Facundo Campazzo. Unless Barton seriously steps up to help Denver, we are not seeing the result changing.

Give us the Phoenix Suns on the money line to grab the 3-0 series lead in Denver. This could end up being a sweep and you will want to be on the Suns' bandwagon if that happens!