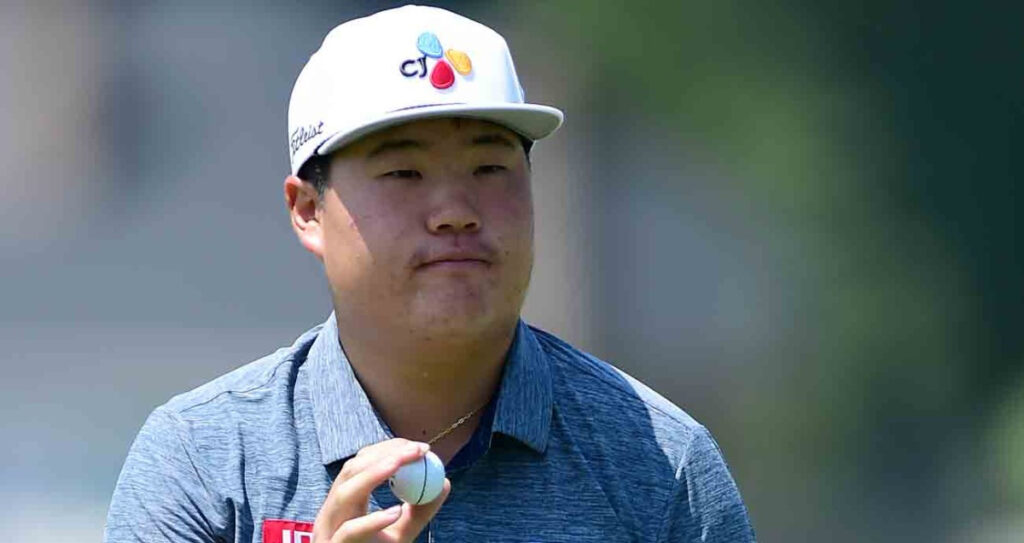 Sungjae Im is our best tournament 3-ball bet for the 2022 Wyndham Championship.
By Bill Christy on August 3, 2022

Tony Finau completed the back-to-back wins after taking home the RMC last weekend. Doing so, he also cost us a sweep of our matchup plays as he defeated Will Zalatoris in our 3-Ball play. Our Scott Stallings over Gary Woodland cashed on Friday as Gary Woodland missed the cut and Scott Stallings went on to finish tied for 10th.

Our other win also came on Friday afternoon but was much closer than our Stallings win. Both Kevin Kisner and Davis Riley missed the cut but luckily for us, Kisner finished one stroke better to give us the win.

This week will be the final event of the PGA Tour regular season. The Wyndham Championship is held at the Sedgefield Country Club in Greensboro, North Carolina, and last year’s champion, Kevin Kisner will be in the field.

It was a wild finish last year as Kisner defeated Branden Grace, Si-Woo Kim, Kevin Na, Adam Scott, and Roger Sloan in a 6-man playoff. Our key stats for this final tournament to factor in will be: eagles made, Par 4 scoring on 400–450-yard holes, and strokes gained on approach and putting.

We are taking the defending champion in this matchup, who has a tremendous track record at Sedgefield. Kisner finished 3rd in 2020 prior to winning last year. He also posted a 42nd finish back in 2017 when he had his last start previous to 2020.

We will tread carefully here though as Kisner has not had the greatest recent form. He has missed the cut in 3 of his last 5 starts. Mitchell has been up and down all year. After posting a 7th and 6th place finish in his last 2 starts of June, he finished 36th and missed the cut in his only 2 starts in July. Hopefully, his downward trend continues.

Harman had his best finish in 2019 here at the Wyndham Championship when he finished 6th. That was followed by a 27th place finish in 2020 but he missed the cut last year.

McCarthy is a big fan of Sedgefield and his recent history proves just that. His worst finish here was 36th in 2018 and he's finished inside the top 25 in 3 straight years.

While he has missed the cut twice in his last 5 starts this season, the other 3 were all finishes inside the top 10. McCarthy is comfortable here and I believe we will see his typical form show.

Sungjae ranks inside the top 60 in all 4 key stats for this event and he's coming off a strong 2nd place finish last weekend. We trust him to get the job done in this 3-Ball matchup.