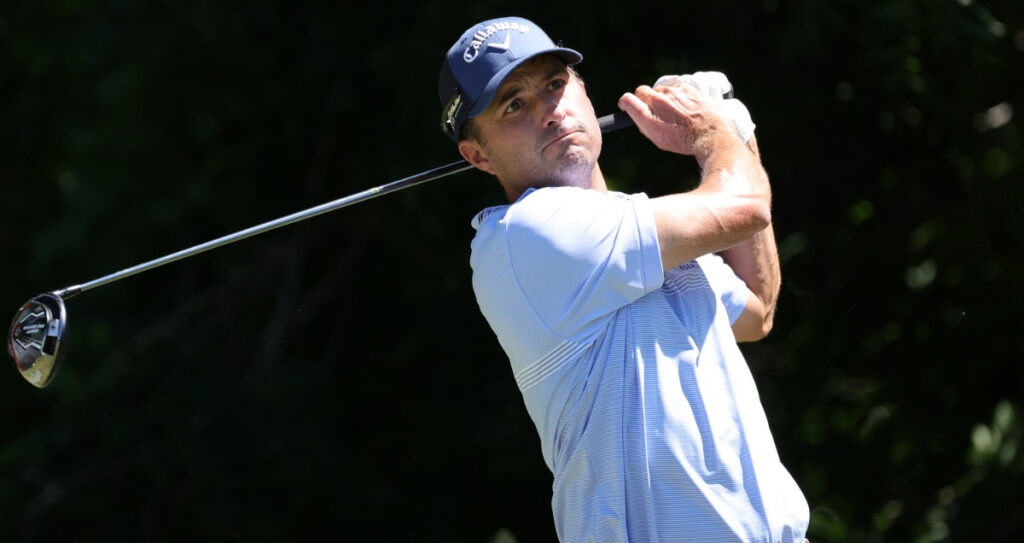 Kevin Kisner is one of our favorite matchup bets for the 2022 Rocket Mortgage Classic.
By Bill Christy on July 26, 2022

We went 1-1 in our matchups in the 3M Open and picked up a nice score on our 3-Ball with JT Poston besting both Nick Hardy and Brendon Todd at +165. Michael Thompson played well but Andrew Putnam played well above average to hand us the lone loss. Rickie Fowler and Jason Day both made the cut, which was a shock but luckily for us, Fowler continued his solid play through the weekend while Day faltered.

This week we will head to Detroit, Michigan for the 3rd annual Rocket Mortgage Classic. Last year’s champion, Cameron Davis, will be in the field to defend his title.

Troy Merritt will also be participating this weekend, but Joaquin Niemann is sitting this one out. As always, we found a few matchups that we think should produce another profitable tournament.

Stallings is quietly playing some of the best golf of his career and of most on tour over the last 2 events that he participated in. He finished 4th in the John Deere Classic just after he picked up an 8th place finish at the Travelers. Since the Valspar, in events where he has made the cut, he has finished no lower than 25th.

Woodland had a nice run at the US Open where he finished 10th, but stumbled to a 30th finish at the Scottish and missed the cut at the Open Championship. Woodland has also failed to make the cut in both of his trips to the RMC where Stallings has made the weekend in each of his 3 starts in Detroit. We wouldn’t be surprised if this match-up was wrapped up by late afternoon on Friday.

Davis Riley has an incredible month of May. Finishes of 5th, 9th, 13th, and 4th helped him make a significant jump in the FedEx standings. However, he finished June on a sour note finishing 64th at the Travelers and missing the cut at the 3M Open last week.

Kisner has been the opposite. Having missed the cut in all 3 events he played in during May, he has picked up a 6th place finish at the Travelers and tied for 21st at the Open Championship. Kis finished 3rd here in 2020 and 8th last season. For Riley, this will be his 1st time competing in the RMC.

None of these 3 have much experience at Detroit Golf Club. In fact, Cantlay has no experience here while Zalatoris finished 77th last year and Finau finished 54rd in 2020. In our top 2 stats for this event, Zalatoris is 23rd in birdies or better and 1st in stroked gained on approach.

Cantlay is a strong 6th in birdies or better but 71st in stroked gained on approach. Finau is below Zalatoris in both categories and is coming off a win at the 3M Open, just his 3rd career Tour win. Cantlay is the favorite here at +130 but we believe getting almost 2:1 on big Willie Style here is more than worth the play.

Be sure to check out our best prop bets for the 2022 Rocket Mortgage Classic for even more ways to win this weekend.