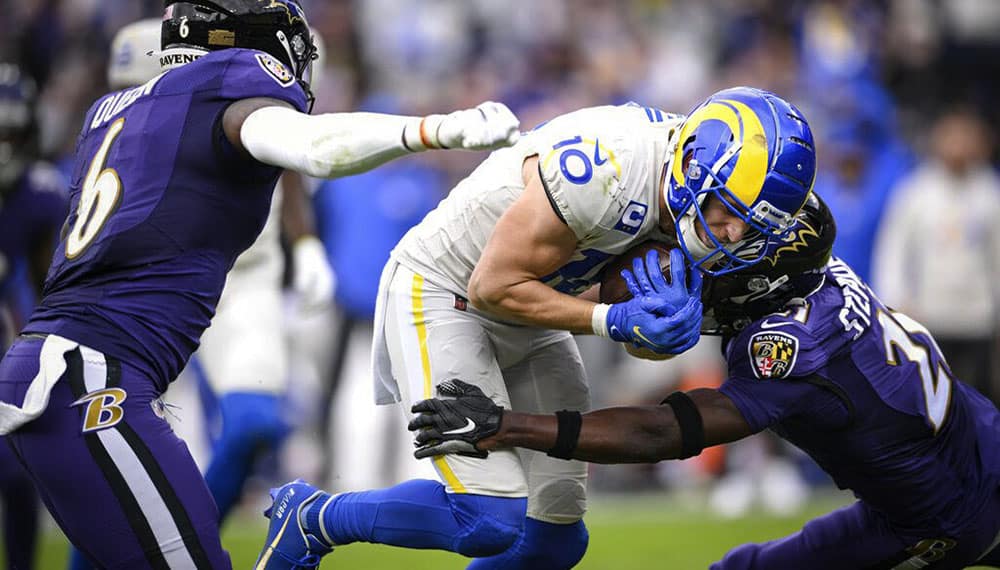 Aside from a few remaining DFS slates, the 2021 fantasy football season is a wrap. While it didn't quite live up to 2020, the 2021 NFL season was the fourth-highest scoring season in the history of the league. This fantasy season was filled with monster performances and breakout players.

In this article, we will take a look at both the best overall players from this past fantasy football season and the top players that outperformed their ADP.

That being said, one week does not win you a fantasy championship. It takes a season of dominance to make this list and these four players delivered week-after-week in 2021. Here are the top fantasy players from 2021:

Allen threw for 4,407 yards and 36 Touchdowns and ran for 763 yards and 6 Touchdowns. He scored a grand total of 417.58 points in fantasy this season, which is an average of around 25 points per game. Allen was 7th in the NFL in passing touchdowns but his fantasy upside really comes from his rushing ability. Allen racked up nearly 7 fantasy PPG as a runner this season and had two games where he topped 36 fantasy points. He is certain to be one of the first three QBs off the board next year.

No surprise here as the possible MVP finished with a total of 353.1 points for an average of 20.8 per game, easily the first running back off the board next season. His final stats on the season were 1,811 yards and 18 TDs on the ground with another 40 catches, 360 yards, and 2 touchdowns as a receiver.

The Rams All-Pro wideout had a great season as he caught 145 balls for 1947 yards and 16 touchdowns. He became the league's first triple crown receiver since 2005. On the year, he scored a total of 367 fantasy points which averaged out to around 21.6 per game. He is likely to be the top WR off the board in most drafts next season, and for DFS players he is always a great stack option with Matthew Stafford.

The favorite pass catcher of Ravens QB Lamar Jackson unsurprisingly topped the league in fantasy points at the tight end position. He accounted for 247.6 points, for an average of 14.6 per game. His totals for the year include 1,361 yards and 9 touchdowns, even without Jackson at QB the last 4 games of the season. Easily one of the top 2 Tight Ends off the board next season.

There were plenty of surprise performances and 'league winners' we could identify at each fantasy position from this season, but these four players truly stand out as the best value picks from 2021. Each of these players finished at least 2x higher than their preseason ADP and are locks to be considerably higher on fantasy owners' draft sheets heading into 2022.

Joe Burrow's average draft position was 124th, going off the board between QB13 and QB16 this preseason. He finished as the 8th best quarterback this season and was QB5 over the last 8 games of the season. He accounted for 4,611 yards and 34 touchdowns in the air. To go along with his passing numbers he ran for 118 yards and 2 touchdowns as well, all while leading the Bengals to a division title in the process. He is also the likely winner of the comeback player of the year award as well.

James Conner enjoyed a career resurgence year as a member of the Arizona Cardinals. He didn’t rack up much yardage only rushing for 752 yards but he was a menace in the red zone as he found the endzone 15 times this season in just 15 games. His average draft position was 117th as he was the 37th running back taken off the board. However, he would go on to finish 5th in half-point PPR leagues. However it’s hard to tell if this will be permanent or just a one-year wonder, so you may be able to get him as a steal in next year's draft.

The 49ers utility man was easily the biggest surprise of the 2021 season. Samuel wasn’t even in the top 30 for wide receivers before the season and he finished at number 2, just behind Cooper Kupp. Deebo truly did it all this year as he accounted for a total of 77 catches, 1400 yards, and 6 touchdowns, meanwhile running the ball he added 365 yards and 8 more touchdowns. He is a perfect fit within Kyle Shanahan's offense and he will be a huge addition to any lineup next year as a likely WR1 or WR2. His play is a big reason why San Francisco is in the playoffs.

The big Dallas Cowboys Tight End had an average draft position of 215, he was the 39th Tight End to be selected on average. A lot of people were kicking themselves when Schultz ended up finishing as the third-best Tight End in the .5 PPR leagues this season. He averaged ten points a game on his way to 170 points total as he had a breakout season for the Cowboys.

He is a secret no more as he will likely shoot up everybody's 2022 fantasy draft boards going into next season. His totals for the season include 78 catches, 808 yards, and 8 touchdowns, as he helped the Cowboys to an NFC East crown.