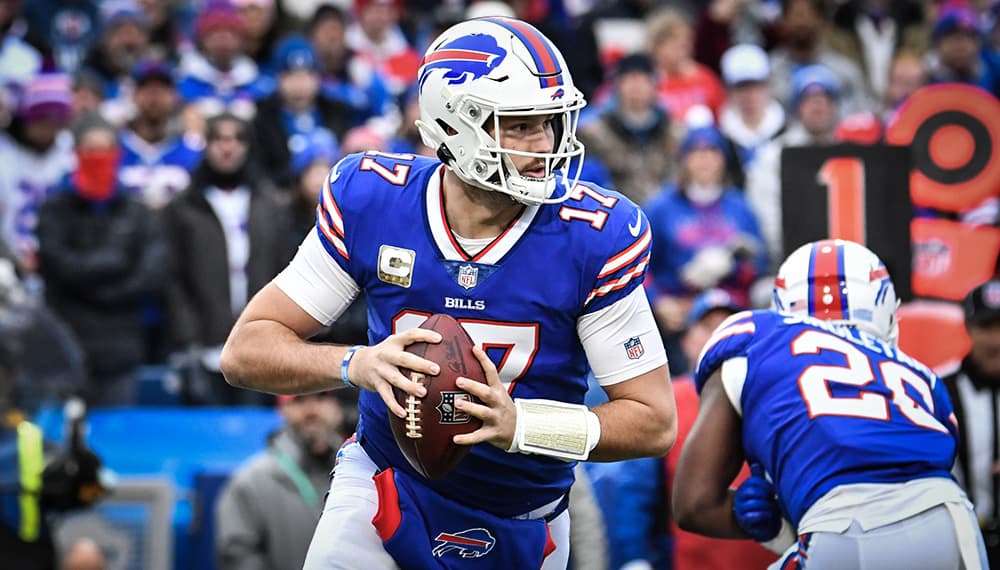 The National Football League started playing games on Thanksgiving Day all the way back in 1920 included in that was games from the American Football League as well. However, it did not truly become the showcase or model that we are all used to until around 1960. Around the start of the 1960s is when the Detroit Lions and later the Dallas Cowboys started playing their traditional turkey day home games every single year.

Despite the NFL seemingly being stuck in the roots of tradition, there have been many complaints about the Detroit Lions. Those complaints come from the Lions always being showcased on Thanksgiving while being such a mediocre underperforming franchise over the last couple of decades.

While there have been some complaints about the Dallas Cowboys they are viewed as a bigger television and media draw so the complaints are few and far between compared to the ones that the Lions get. Since the 2006 season, the NFL has added a third primetime game that goes into the slot of the usual Thursday Night Football broadcasts.

Since 2012 the third game has been traditionally contested between division rivals, but that will not be the case in 2021 as it will feature the New Orleans Saints and Buffalo Bills. Out of the 32 NFL franchises that are currently active, only one has never appeared in a Thanksgiving Day game, that team is the Jacksonville Jaguars. 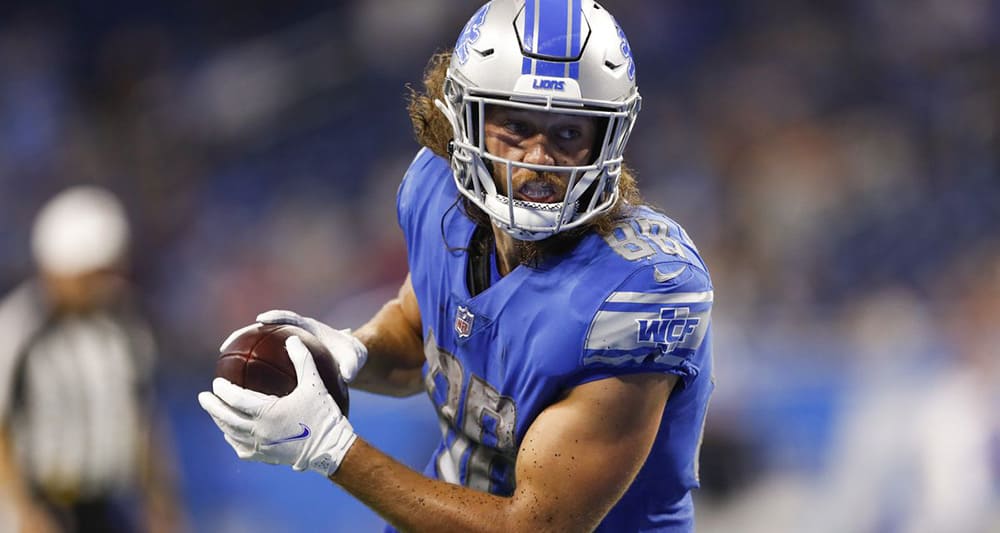 The opening contest of the traditional National Football League Thanksgiving slate of games features the winless Detroit Lions versus the Chicago Bears.

The Detroit Lions come into this game still seeking their first victory of the 2021 season, they did however tie the Pittsburgh Steelers in week 9. It came after a missed game-winning field goal attempt left the score knotted at 16 when the clock hit zero. The Chicago Bears are not doing much better as they possess a record of 3-7 and are currently on a five-game losing streak.

Outside of bragging rights, this game will not have much effect on the landscape of the 2021 NFL season. Both of these teams are experiencing rough seasons and despite the Green Bay Packers losing on Sunday, they still look to be running away with the NFC North.

Detroit vs Chicago is the 2nd most common Thanksgiving Day matchup having been played a total of 19 times including this year’s edition and it trails only the Lions vs Packers which has been contested 21 times.

They last played on Thanksgiving Day in 2018 and 2019 and those games ended with two wins by the Chicago Bears as it added yet another loss to the Lions' Thanksgiving losing streak. Which as previously mentioned stands at 4 games. Detroit’s last win on Thanksgiving Day came in 2016, which was the final win of what was a 4 game winning streak from 2013-16.

Live Odds for Bears at Lions

The early Thanksgiving Day matchup opened with the Bears as a 3-point favorite. Early action moved the line to as high as 4.5, with it settling in at 3.5 at most books as of today. Here is a look at the opening lines as well as a live look at the best odds available for both the Bears, Lions, and total.

Best Bet for Bears at Lions

The Chicago Bears are likely to be without QB Justin Fields after he was injured in the team's late loss to Baltimore in Week 10. This means Andy Dalton is likely to get the nod after he delivered a decent performance, despite the loss Dalton was 11-23 while throwing for 201 yards and 2 touchdowns. Showing that he is capable of stepping in and winning games while Fields is sidelined.

Detroit has lost three games by 3 points or less this season, including the Week 10 loss to the Cleveland Browns that ended 13-10 in favor of the Browns. So despite being winless they are still a decent football team. Nevertheless, the Lions have yet to cover a spread under 6 points since the opener against the 49ers and we think they fail to cover again here on Thanksgiving. 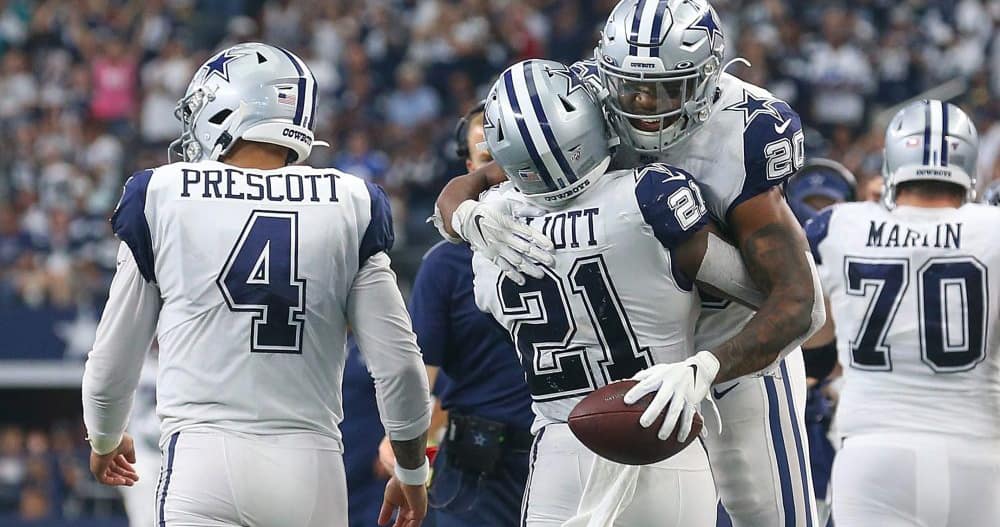 Dallas is having a fantastic season with a healthy Dak Prescott under center and a seemingly re-motivated Ezekiel Elliott in the backfield. The Cowboys hold a commanding 2 1/2 game lead in the NFC East up to this point in the season. A few more victories would likely seal the deal as they’re the only team in the division with a winning record.

Despite the NFC East potentially being the worst division in the National Football League, Dallas is still one of the favorites to represent the NFC in this year's Super Bowl. Despite the loss to the Kansas City Chiefs on Sunday, the Cowboys still find themselves in a great position as they are sitting at 7-3 on the year with seven games left to play.

The Las Vegas Raiders have been the center of endless drama this season. It all started when leaked emails led to the firing of their head coach Jon Gruden. Then it continued when both Henry Ruggs and Damon Arnette were cut following off the field issues.

The Raiders are currently sitting exactly at the .500 mark with a 5-5 record and still within striking distance in the AFC West due to the Chiefs' slow start to the year. They are still in the hunt for one of the three AFC Wild Card Spots as well, so a victory in this game would be very beneficial to their 2021 playoff hopes as the season turns down the final stretch.

Live Odds for Raiders at Cowboys

The second Thanksgiving Day game opened with the Cowboys as a touchdown favorite and the line has bounced between 6.5 and 8 points across the board this week. At the time of publishing, Caesars Sportsbook had the best odds on the Raiders at +8 (-110) while DraftKings had the best available number for Cowboys bettors at -7.5 (-110). Here is a look at the opening lines and live odds for this matchup:

Best Bet for Raiders at Cowboys

Dallas will likely be without top pass catchers Amari Cooper and CeeDee Lamb in this game, so expect another heavy workload for Zeke Elliot and Tony Pollard. Even without their top 2 pass-catching options Dallas should have no problem picking up a victory in this one against a struggling Las Vegas team.

Josh Jacobs will have to improve with a three-day turnaround, as on Sunday against the Bengals he played a horrific game. He ran the ball 9 times for only 27 yards en route to a huge loss for the Raiders. That loss was also their third in a row and over the losing streak they have been outscored 100-43 so the entire team will need to get it together before they find themselves completely out of the playoff race in the coming weeks. 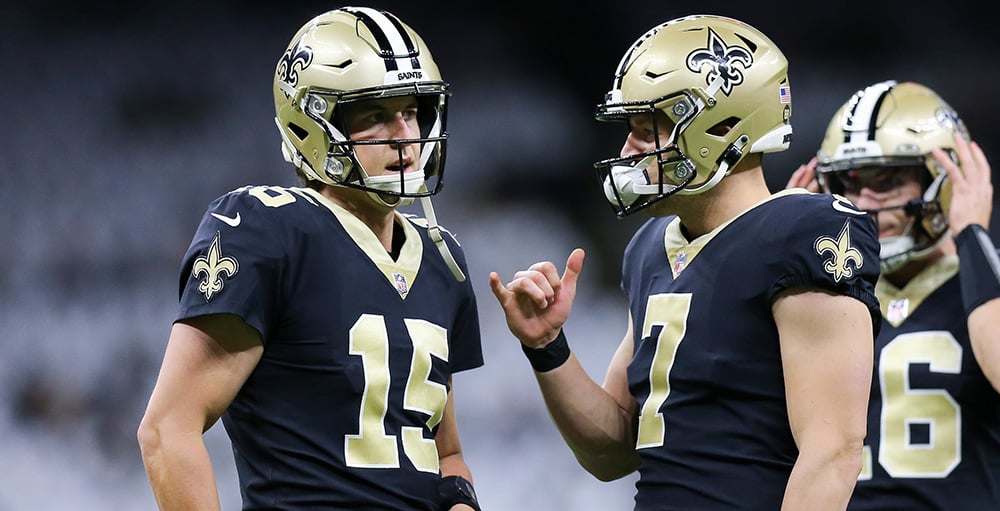 Both Buffalo and New Orleans have followed similar paths in 2021. They both started out relatively hot and over the last handful of weeks have looked nothing like they did earlier in the season. The Bills have gone from looking like they were going to cruise through the AFC East to losing three of their last five games.

Buffalo now find themselves a game behind the New England Patriots and suddenly in the Wild Card conversation instead of the top seed conversion in the matter of a month. With around a month and a half left in the year the Bills find themselves with a 6-4 record and they will need to turn their mediocre play around quick or they could find themselves sitting at home after a run to the AFC title game last year.

The New Orleans Saints looked like a potential Super Bowl team when they beat the Green Bay Packers by 35 in week one. Since then it’s been back-and-forth for the Saints as I have struggled to keep pace with the Tampa Bay Buccaneers in the NFC South.

Now the Saints sit at 5-5 and desperately need a victory to keep themselves in the playoff race heading into the final stretch of the season. These last few weeks will be the time to tell if Jameis Winston really is the future of this franchise or not.

The third and final Thanksgiving Day game opened with Buffalo favored by 4.5 points. There has been very little movement with this line and the Bills remain a 4 to 4.5 point favorite across the board. Here is a look at the opening odds and the best available number for both the Bills and Saints as well as the total:

Best Bet for Bills at Saints

Expect another heavy dose of Mark Ingram from the Saints in this one as they won’t be expected to have Alvin Kamara back just yet. They will likely want to control the clock to keep this fast-paced Bills offense off of the field as much as possible. Winston will have to play a mistake-free football game if the Saints want to win this one.

The Bills defense will need to step up after relinquishing over 30 points to Johnathon Taylor himself on Sunday. Buffalo will have to find a way to stop the run otherwise they could find themselves in a similar situation as Ingram and potentially Kamara will cause a lot of damage on the ground.

Josh Allen will have to be a much better player this week than he has been in recent weeks if he wants the Bills to get back on the right track towards the end of the year.

Georgia is on the brink of joining the numerous states that have already legalized sports betting. A group of senators has introduced Senate Bill 57, which, if passed, would allow up to 18 online and retail sports betting licenses, creating a new source of revenue for the state. Nonetheless, gaining approval for gambling could still […]

Read More
Could Sports Betting Become a Reality in Texas?

Rep. Charlie Geren (R-Fort Worth) filed HJR 97 on February 3, which proposed a constitutional amendment that, if approved by Texas voters, would legalize sports betting and authorize the construction of seven commercial casinos in metropolitan regions across the state. Filing his legislation on Friday, Rep. Geren joins forces with Sen. Carol Alvarado of Houston, […]

We bounced back nicely with a 2-1 performance last night to cash our Flex Play. Our friends on the Phoenix Suns were good to us, as both Chris Paul and Deandre Ayton easily cashed our Over tickets on their assists and rebounds, respectively. The only thing keeping us from the perfect 3-0 sweep was D'Angelo […]

We took a step back with our NBA props last night with a 1-2 mark. Donovan Mitchell led the Cavs to a victory over the Wizards but he still didn't go over his point total. Alperen Sengun also burned us by dishing out more assists than we anticipated. Our sole winner was on Zach LaVine, […]