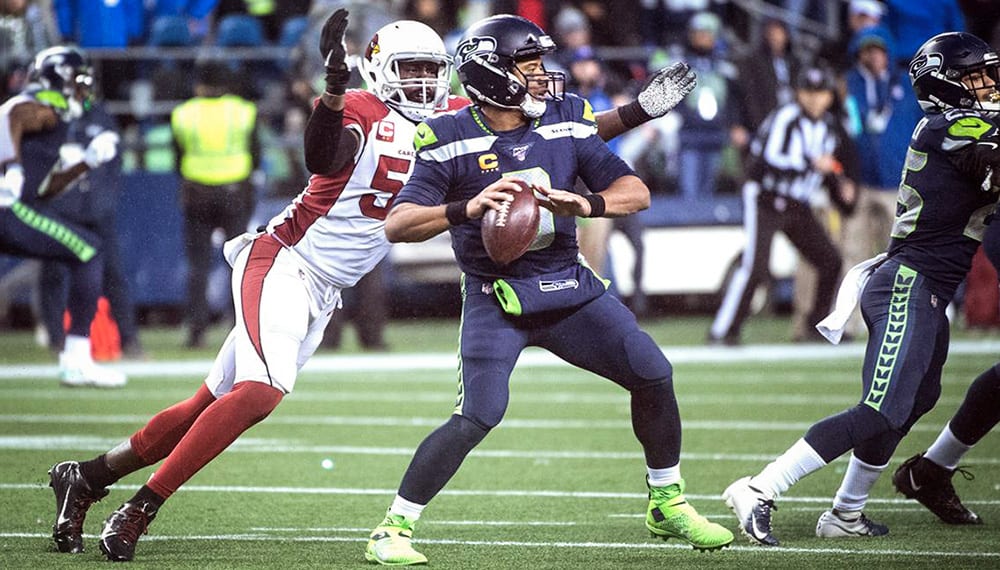 Our NFL Best Bets went a respectable 2-1 in Week 10. The Packers shut out the Seahawks 17-0 and the Steelers / Lions Under cashed easily! Those are the kind of wins that make you smile.

Our only loss was a tough one, as the Titans gave up a late TD to the Saints to win by two when we were laying three points. Oh well, we will happily take 2-1 and move on to Week 11. Here are our three Best Bets from the NFL Week 11 to consider adding to your card.

Go ahead and grab this now before it keeps going up! As a general rule, we don’t like laying double digits in the NFL. However, we think it’s worth breaking this rule just to fade the Texans this week.

Poor Houston ranks dead last in a whole slew of categories like points per game, yards per game, and yards per rush. We don’t see the Texans’ offense doing much against a vastly improved Titans defense. Tennessee only allows 98.3 rushing yards per game, which ranks 7th in the league.

Having Tyrod Taylor back at QB helps Houston a little bit, but he looked rusty by throwing three picks against Miami in Week 9. The only thing in the Texans’ favor is that they are coming off a bye week. However, we highly doubt that even having two weeks to prepare will help this Houston squad.

Tennessee’s offense isn’t that explosive, as they rank 23rd in yards per play and 18th in yards per pass. However, we think Ryan Tannehill and AJ Brown should be able to torch a Houston secondary that gives up 7.7 yards per pass (28th). The ageless wonder Adrian Peterson should also have some success running the ball against the Houston front seven.

This is, without a doubt, a very public play. Keep in mind though, that public plays don’t lose all the time. Our power ratings say this line should be TEN (-14.5) so we are simply trusting our numbers.

Best Total Bet for Week 11: Green Bay at Minnesota Under 49

Why the heck is this line so high? We think it should be closer to 45 or so! Green Bay has been an under machine all year long and we think that trend continues on Sunday.

In the Packers’ 10 games this year, the under has cashed 8 times. Green Bay’s last 7 games have all stayed under. There’s no reason to buck this trend in this game, especially since the number looks inflated.

The under has cashed in 5 out of the 9 Vikings’ games this season. Oddly enough, all 4 of the Vikings home games have stayed under as well. So, we have trends for both teams that support our under pick.

The Packers’ defense is one of the most underrated units in the NFL. Green Bay’s defense ranks 3rd in yards per play and yards per pass. They probably won’t be able to shut down Justin Jefferson, but they should be able to at least slow him down a little bit.

The Vikings’ offense is very mediocre in most statistical categories. They rank 15th in yards per play, 12th in yards per rush, and 13th in yards per pass. One stat of the Vikings that may help our under is their poor performance on third down (26th in 3rd down conversions).

Green Bay’s offense isn’t exactly lighting the world on fire either. This unit is only averaging 21.6 points per game, which is 19th in the NFL. They’ve also been awful in the red zone, as they only score a TD on 53.85% of their trips inside the 20.

Both teams should be able to establish the run in this game. This means that the clock should be running and there could be a lot of long drives. This game has 24-20 written all over it so we’ll gladly jump on the under and root for some defensive stops and lots of punts!

Here’s another under that we love this week! The Seahawks have been an under team all year long. 7 of Seattle’s 9 games have stayed under so we’re going to ride that streak here.

It was good to see Russell Wilson back on the football field but it may take a few weeks for him to get into a good groove. It wouldn’t surprise us if Wilson continues to struggle a bit coming off the nasty finger injury. The former Wisconsin star just didn’t look like himself against Green Bay last week.

On the Cardinals side, Kyler Murray has missed the last two games with a badly sprained ankle. Murray may return this week but he’s currently listed as questionable. Even if the former Heisman winner plays, he’s bound to be more than a little bit rusty.

Colt McCoy, Arizona’s backup QB, is also listed as questionable with a strained pec muscle. If both Murray and McCoy can’t go, it’ll be up to Chris Streveler (Who? LOL). The under is sounding better and better.

This total opened at 50.5 before sharp money pounced on it on Sunday evening, driving it down to its current price. Take the under to the bank in this one. Best of luck with all your Week 11 action!