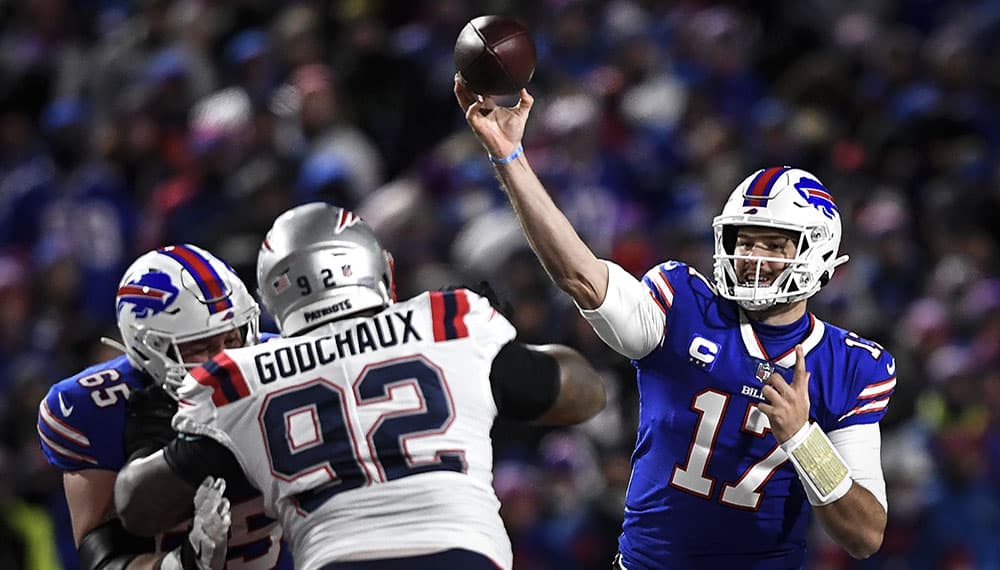 For the second time in three weeks, favorites came through for bettors going 8-4 straight up and 7-5 against the spread in week 15. The Detroit Lions and New Orleans Saints both covered as double-digit underdogs but we also saw three teams cover spreads of 8.5 points or more.

The Week 16 slate kicks off Thursday night with the 49ers at the Titans, followed by two games on Christmas Day, 12 games on Sunday, and the Monday night game will feature the red-hot Dolphins traveling to the Saints.

If you like betting big spreads, this week is for you as 7 of the 16 games have one side favored by a touchdown or more. The highest total on the board is the Rams/Vikings matchup which sits at 49.5, while the Monday night game has the lowest total at just 39 points.

Here are our best bets from the entire NFL Week 16 slate:

This game opened with the Patriots as 2.5-point favorites and while we hoped New England bettors would move it to a field goal early this week, that has yet to happen.

There are plenty of reasons to like the Patriots here. They are 3-1 ATS after a loss while Buffalo is 3-4 after a win, they are also 6-3 ATS at home and 3-1 ATS in the division. That being said, we think Buffalo is the team to bet in this one.

The biggest difference between these two teams is the QB play. New England has a rookie QB that they limited to just 3 attempts in the first meeting. Buffalo has a bonafide MVP candidate that is sixth in the NFL in passing yards and third in the NFL in total QB yardage.

Not only is Allen clearly the better quarterback in this matchup, he thrives as a road dog. Under Sean McDermott, Allen is 9-3-2 as a road dog, beating the spread by an average of over 6 points per game.

We like the Bills in this game and will gladly take the field goal if it gets there. For now, we are betting the moneyline which is available at BetMGM at +125.

Live Odds for Bills at Patriots - Best Bets for Week 16

Baltimore Ravens vs Cincinnati Bengals Over 44.5

The Ravens defense has been decimated by injuries this season, they are out of bodies in the secondary, and it's finally going to start to show up on the scoreboard.

After playing the Browns, Steelers, Bears, and Dolphins for six-straight weeks, the Ravens had to face a real offense last week and gave up a near-perfect game to Aaron Rodgers.

The Packers averaged over 6.5 yards per play last week and were particularly effective in 3 wide receiver sets allowing 142 yards and two touchdowns against 13 personnel. The Bengals happen to have one of the best 13 personnel groups in the NFL with Boyd, Higgins, and Chase.

On the other side of the ball, Tyler Huntley looked great for the second-straight week and has proven he is a more than capable replacement if Lamar Jackson misses this matchup.

The ATS trends lean towards the under here, but again, you have to look at these two teams' schedules to see the full picture. In the Ravens' last three matchups against competent offenses, they have allowed 41 to the Bengals, 31 to the Vikings, and 31 to the Packers.

This game hit 58 points in the last matchup between these two teams and we think it sails past the 44.5 total that is currently available for this Week 16 matchup.

Live Odds for Ravens at Bengals - Best Bets for Week 16 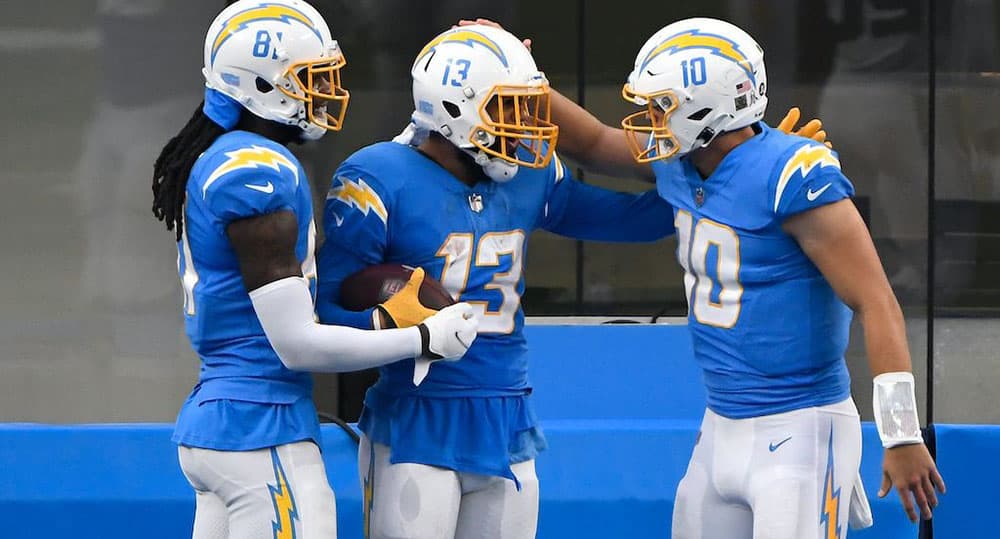 If you are looking for a big favorite to back in week 16, we think the Chargers are the team to bet. The Chargers have the NFL's #3 DVOA offense in the league, while Houston's ranks dead last at 32.

This will be only the second game the Chargers have played against a team that is more than one game under .500 all season. In terms of total DVOA, they have played the NFL's second-toughest schedule, and the Texans are 33.9% lower than the average DVOA the Chargers have faced this season.

We think this one ends up being a three-touchdown road win for the Chargers and won't hesitate to lay the 9 points on the road.

Live Odds for Chargers at Texans - Best Bets for Week 16

We had this game circled as an under bet before the Bridgewater injury and were shocked to see it open at 42.5 with him likely out. These two teams have combined to go under in 15 of their last 18 games.

The Raiders are averaging only 20 PPG over the past month, while the Broncos are allowing only 15 PPG over that same stretch. Vegas can't run the ball but throwing the ball will be tough against the Broncos who allow the league's 3rd lowest opponent QB rating.

Look for the Broncos to go run-heavy and take the air out of the ball with Bridgewater out. On the season, Denver is 3-0 to the under as a road underdog giving up only 18 PPG in those games despite that sample including the Chiefs and Cowboys.

The Broncos' defense should be ready for a smash game as five of their last six came against the Cowboys, Eagles, Chargers, Chiefs, and Bengals. The Raiders have failed to top 16 points in 6 of their last 7 games and we think they could struggle to reach double-digits here.

We think this one ends up being one of the lowest-scoring games of the season and recommend jumping on this 42.5 number before it moves under 40.

Live Odds for Broncos at Raiders - Best Bets for Week 16