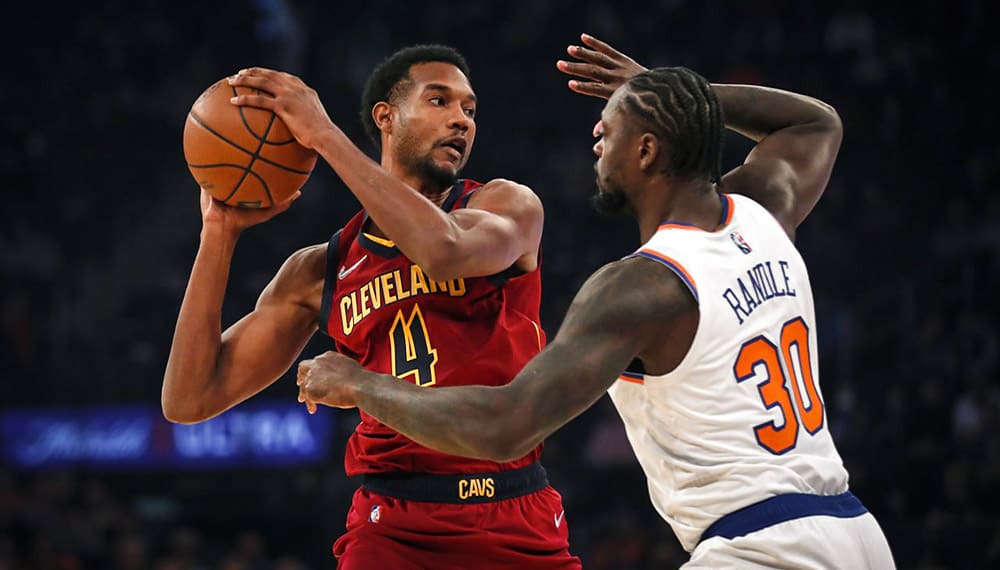 After just three games on deck on Thursday, the NBA returns with a full Friday slate including a couple of marquee matchups. Bookmakers don’t offer lines for these games at the time of us writing this, but we will share our model’s projections and thoughts on the best matchups of the day:

PointsBet is offering all new players an instant $100 bonus with a $1 spread bet on any NBA game. Follow these steps to get $100 free if you register before tonight's NBA tipoff:

Schedule notes: Milwaukee playing their third game in four nights with all of them coming on the road
Both teams stumbled out of the gate with the Celtics holding a 5-6 record and the Bucks holding a 6-6 record. It is important to note, that both squads faced an above-average schedule difficulty and have been hurt by injuries in the early going, so it is hard to expect things to go anywhere but up from here.

The home team will be without Jaylen Brown for this contest, while the Bucks are not expected to have Khris Middleton, Donte DiVincenzo, and Brook Lopez available. Our model grades road team about 2.5-points better than Boston, but due to the more serious injuries and the Bucks being in a difficult scheduling spot, this is likely a 50-50 coinflip where we would slightly lean towards the home team.

Schedule notes: Both teams are on regular (1-day) rest
Two of the frontrunners for this season’s Rookie Of The Year award square off on Friday with Cade Cunningham’s Pistons visiting Evan Mobley’s Cleveland Cavaliers. Cunningham missed the start of the season due to a minor injury, but has played four games so far and is looking better than ever in college. He is also coming off a 20-point career-high with 4 rebounds and 3 assists.

Despite the youngster’s efforts, the Pistons still have a -12.2 in adjusted point differential to go with their 2-8 record. Detroit’s offensive rating of 98.4 is by far the worst in the league and this is also a bottom ten defense to go with.

Cleveland on the other hand was a pleasant surprise in the early going. The Cavs are outperforming their closing spreads by 7.5 points on average and their 7-5 record and –0.4 average point differential doesn’t scream terrible. We would expect the home team to get a convincing win and a cover here even without Collin Sexton (who is out with a knee injury) and we would be open to betting the Cavaliers if they are laying less than 6 points come Friday.

Schedule notes: Both teams are on regular (1-day) rest
The Memphis Grizzlies don’t look hot in the early going. This young core showcased their firepower on the offensive end repeatedly, but Memphis grades dead last in the league defensively allowing 114.6 points per 100 possessions.

Memphis is also underperforming their closing spreads by 4.5-points on average and while Ja Morant’s squad has a 6-5 record, the team has 2 more wins than they should have based on their -5 adjusted average point differential. We will take the Phoenix Suns here as road favorites. Even without DeAndre Ayton, the Suns are 7-3 with a +3.3-point differential. They are 9th in offensive rating and 13th in defensive rating and this version of the Suns still looks like a team that will win 50+ games this year. Lay the points!

Schedule notes: Atlanta is playing on extra rest (2 days), Denver on regular rest
Someone among the schedule makers doesn’t like Atlanta, as the Hawks have faced a hell of a schedule in the early going. The Hawks are 4-8 with a -4.8-point differential, but Atlanta is coming off games against the Jazz, the Warriors, the Suns, the Jazz, and the Nets in a row. 4 of these 5 matchups were also played on the road.

The Hawks will return home after this game against Denver, but this is still a terrible schedule spot despite the road team playing here on extra rest. Denver has a strong home-court advantage and Nikola Jokic will be back from his 1-game suspension facing off against Clint Capela, who hasn’t been impressive defensively this year. We will go with the Nuggets here, but take note that the Hawks will be a team to back once they return home from this grueling road trip!

Schedule notes: Both teams are on regular (1-day) rest
The Golden State Warriors have faced the exact opposite type of schedule Atlanta did. The best team the Warriors are faced were the Grizzlies, the Hawks, and the Kings, but Steph Curry & Co. have built up their +13.1 adjusted point differential by beating up on bad teams. The lone loss on Golden State’s record came against Memphis and it was pretty alarming. Chicago is 8-3, with a +7.3 adjusted point differential.

The Bulls have faced an average schedule difficulty so far, they are almost fully healthy and they will get a handful of points here against a Warriors team that is not nearly as good as the market rates them at this point.

The Bulls have the lowest turnover rate in the league, paired with the third-best free-throw rate. DeMar DeRozan is playing on an MVP level and we would expect this to be a 50-50 matchup that the road team has a strong shot of winning outright.

Our Best Bets for the Friday, November 12 NBA Slate

Friday looks like an interesting card from a betting angle. We are sure that the Suns and the Bulls will find their way on our card in some form, especially as the books hang a juicy money line price on Chicago. Cleveland and Denver are both well-deserved favorites in their respective matchups and we would lean towards taking these sides if the market gives us good numbers.

Cleveland at –6 or better
Phoenix at –2.5 or better
Denver at –3 or better
Chicago Bulls on the Money Line or against the spread at +3.5 or better.