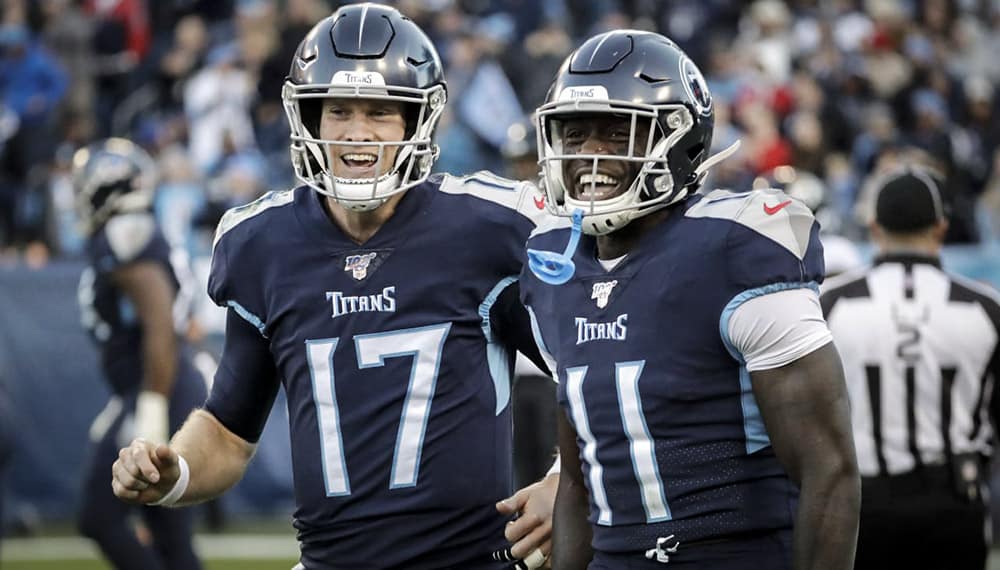 The Week 9 slate of NFL games was filled with plenty of dramatic upsets. The Broncos (+10), Jaguars (+15), Titans (+7), and Falcons (+6.5) all won their respective games OUTRIGHT! Almost no one gave these teams a chance last weekend, but anything can happen in the NFL!

Will the dogs keep barking in Week 10? Let’s get into the NFL Week 10 board and look at three best bets for Sunday. Be sure to utilize our free NFL odds checker to make sure you are getting the best number possible, to help we have included a live look at the best odds available for each of our best bet picks.

For those that may have missed it, we have already picked our best bet for Thursday Night Football, so that game will not be included with our Week 10 best bets.

We think Aaron Rodgers comes back this week with a chip on his shoulder after all the negative vaccination news. We also think the Packers will be supremely focused after dropping a tough game against the Chiefs last Sunday.

Yes, we know that Russell Wilson will be back for this game after being sidelined for a few weeks with a nasty finger injury. Wilson is one of the best playmakers in the league but we have to wonder if he’ll be a little bit rusty.

The Seahawks should be well-rested coming off of their bye week, but we think the oddsmakers may be overvaluing both Wilson’s return and the bye. Our power ratings say this line should be closer to Green Bay (-6) so we have to trust our numbers and take the Pack.

We also love that the Packers have the stronger defense in this matchup. This unit only allows 5.3 yards per play, which is 5th in the NFL.

Green Bay’s rush defense is a concern but their pass defense is extraordinary. The Packers’ secondary only allows 6.1 yards per pass, which also ranks 5th. The Packers defensive line should be able to put some pressure on Wilson, especially since the Seahawks offensive line ranks 31st in sack percentage.

Though Seattle is the more rested team, we think Green Bay will be in a foul mood after their loss. Let’s not forget that it’s tough to beat the Pack at Lambeau Field. Lay the points!

The Tennessee Titans just keep winning games outright as underdogs! Head coach Mike Vrabel has done a phenomenal job of bringing a winning culture to Nashville. Though this could be a letdown spot for the Titans after the huge win on Sunday Night Football, we still think they take care of business against the Saints.

Tennessee’s offense will indeed miss Derrick Henry, who is out for the remainder of the year with a foot injury. However, Ryan Tannehill continues to be one of the most underrated QBs in the league. The former Texas A&M star has plenty of weapons to throw to in A.J. Brown and Julio Jones.

The Titans’ success so far this season has not come against bottom feeders. Tennessee has played the 2nd toughest schedule in the league. New Orleans ranks 17th in strength of schedule.

The Titans aren’t very explosive on offense, but they know how to cash in once they get into the red zone. Tennessee ranks 9th in red-zone offense by scoring a TD on 65.71% of the time inside the 20.

The Saints offense has yet to establish much of an identity, which is hard to believe with Sean Payton dialing up the plays. New Orleans ranks 21st in yards per rush and 24th in yards per pass. The loss of Jameis Winston hurts this unit as well.

This could be a low-scoring contest but we see the Titans coming out on top. Our power rating says this line should be closer to Tennessee (-6.5) so we’ll gladly jump on the Titans’ bandwagon. Lay the small number in this one!

We love the Under is this spot, as both of these offenses stink! The Lions rank 28th in yards per play while the Steelers rank right behind them at 27th in the same category. Both teams also rank near the bottom of the league in yards per pass so there shouldn’t be many explosive plays in this one.

To further add to our case for the Under, neither team has a dominant running game. The Steelers only average 3.6 yards per rush while the Lions average 4.1. With numbers that bad, neither team should be able to sustain many drives throughout the game.

Jared Goff isn’t a bad QB but he’s always preferred passes of the dink and dunk variety. Ben Roethlisberger just doesn’t have the arm strength that he used to have so the Steelers have a hard time pushing the ball down the field.

We think that Pittsburgh builds a decent-sized lead in the second half and then gets super conservative with their play calling to try and run out the clock. Detroit’s offense ranks 30th in red-zone offense, as they only score touchdowns 50% of the time inside the 20.

The Steelers don’t have an elite defense but they know how to get off the field on third down. They also do a great job of tightening up once their opponent gets into the red zone. The Steelers’ defense should limit the Lions’ offense to lots of field goal attempts, which should help our case for the Under.

We think this game’s final score is 24-14 so take the under!

Consider throwing a few of these in your NFL Week 10 teaser bets. Best of luck with all of your action this week!