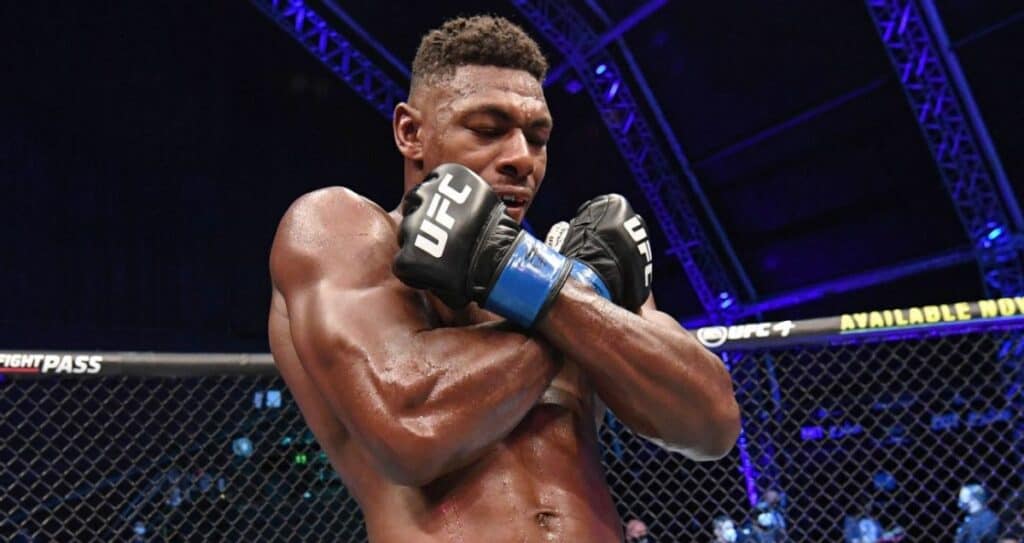 Joaquin Buckley is our top underdog for Fight Night on Saturday, June 18.
By Bill Christy on June 16, 2022

We didn’t get the results we wanted on our tickets, but boy did we get one of the most entertaining cards in recent months. Jiri Prochazka and Glover Teixeira put on an absolutely amazing show with Jiri pulling off the unthinkable and subbing Glover. Zhang gave us an incredible spinning back fist that sent Joanna into retirement and Taila Santos almost got the best of Valentina in a close decision.

This fight night card doesn’t have top-notch star power but I believe it is going to be sneaky entertaining. As a Philly guy, I am excited to see Kyle Daukus back in the octagon after a sub victory over Jamie Pickett back in February. He is facing 9-1 Roman Dolidze, who has yet to be submitted in his short career.

We also get Kevin Holland, the real-life superhero, fighting Tim Means. Holland's last fight took place outside the octagon when he subdued a gunman. He is a heavy fav against Means, who has a solid 18 of 31 wins coming via KO.

Recent foes will make up our parlay of the night, and they will be the 1st two fights of the night (4 pm EST). Daukus is facing a very formidable Roman Dolidze but Roman has yet to face anyone the caliber of Daukus. Oddly enough, we believe it is going to be Daukus’s striking that gets his arm raised in this one.

Hawes is coming off a 1st round KO to Chris Curtis and will be primed to have a good showing in his bounce-back opportunity. He is an extremely strong wrestler and I expect him to get this one to the ground. Deron Winn, his opponent, does have a bit of a wrestling background but we don’t think he has the motor that Hawes does, so we expect him to get gassed early in this one.

Underdog of the Night: Joaquin Buckley

Buckley has been a KO machine with 5 of his last 6 wins coming via KO. Most recently, he handed Antonio Arroyo his 1st KO loss. We are getting him against Albert Duraev, who has all 3 of his losses in his career coming by way of KO.

Buckley is not a guy he should be excited to face in only his 3rd UFC fight. The value here makes sense for Buckley and we also like a sprinkle on KO at +330.

Kattar could have a little trouble putting away Josh Emmett, who has been on a 4 fight win streak. They each won via decision over Dan Ige in their recent fights and I think this one could get to the judges as well. We still think Kattar has the edge and will get the nod from the judges in the main event.

Kevin Holland has the advantage on the feet and on the mat in this matchup. Not sure if he will go the grappling route here as both fighters do like to strike, but we see Holland taking care of business and winning the cardio game in this one. Enjoy Fight Night, everybody!