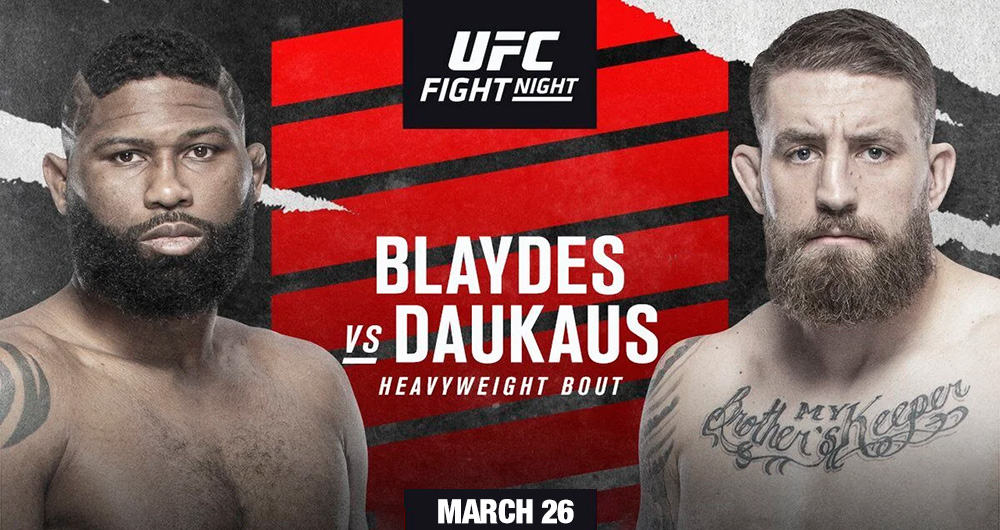 We had plenty of action both in the octagon and outside the octagon last weekend involving the UFC. Inside, it was a glorious return to the UK for the UFC as all fighters representing the UK won their fights to the joy of the capacity crowd.

Paddy Pimblett showed off his notorious submission skills in his victory while Molly McCann took care of business with a KO on what could be the knockout of the year with a nasty spinning elbow. Arnold Allen dominated Dan Hooker in an impressive KO victory and Tom Aspinall showed off is all around talent against Alexander Volkov and finished him with an arm bar.

Outside of the octagon, UFC fighters Jorge Masvidal and Colby Covington, who fought just a short time ago; got into a fight at a restaurant in Miami which led to Masvidal being charged with felony assault. It will be interesting to see what happens to both as the months roll on.

The Saturday, March 26 Fight Night card includes 13 fights, will be held at Nationwide Arena in Columbus, Ohio, and will broadcast exclusively on ESPN+. There is some great value available on this card, and we have some best bets ready so let’s dive in below:

Fiorot should have no trouble with Jennifer Maia whichever way the fight goes. She holds an advantage on their feet with 7.1 significant strikes landed per minute compared to Maia’s 3.76. Fiorot also holds a takedown advantage, but I expect this to stay on their feet and Fiorot to either score the KO or win by unanimous decision.

Latifi is going against living legend, Aleksei Oleinik. The man has 46 wins by submission and 76 total fights. He is an extremely likeable character but his best days are behind him. Latifi has not been submitted yet and Oleinik has not won by KO since 2014. I would not be surprised to see Latifi play this one with caution and wear out Oleinik in the latter part of the fight and ultimately win by decision.

Daukaus is coming off an ugly KO loss to Derrick Lewis where he looked completely outmatched from the start. His opponent, Curtis Blaydes knows about being KO’d by Lewis, as that was his last defeat back in February of 2021. He bounced back with a unanimous decision victory over Rozenstruik.

We are strictly going on value here. Blaydes is a tremendous wrestler and if he is able to get Daukaus on the ground, it is going to be a long night for him. However, Lewis showed how to avoid the takedown attempts that Blaydes will utilize and Daukaus has the power to put most heavyweights to sleep. That is exactly what we are banking on here.

Never miss a fight! Subscribe from any device for just $6.99/mo.

Askar has 7 of his 14 wins via submission and his opponent, Kai Kara-France, is coming in on a 2-fight win streak with both victories coming by 1st round KO. Askarov will be smart not to try and stand with France and instead trying to get this one to the ground where he should have the advantage. France’s last loss was via sub and we believe he will succumb to Askar’s sub attempt in this one.

Subscribe today and never our weekly UFC picks! Our newsletter goes out one per week and includes our best bets from around the world of sports as well as exclusive sportsbook promotions that will help you build your bankroll.