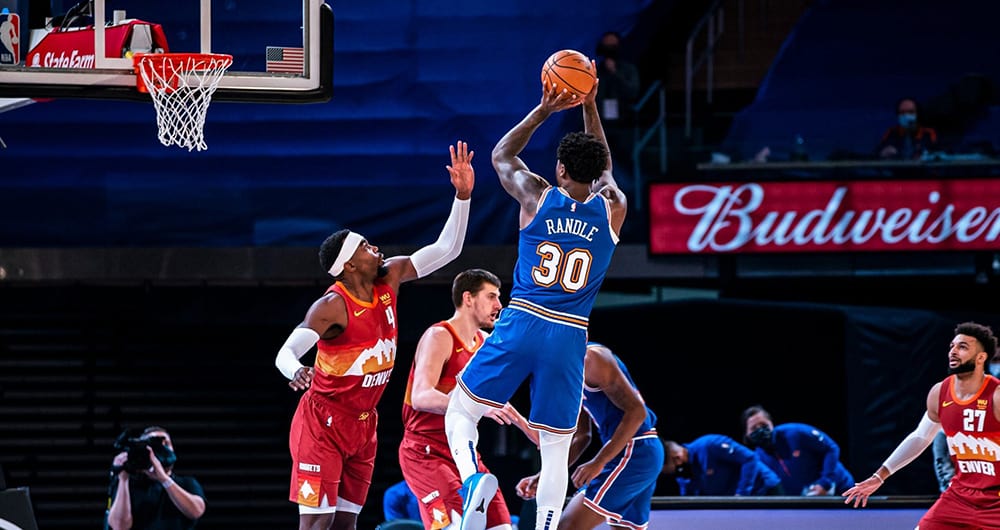 Tonight's NBA slate is one of the strongest we have had in the past few weeks. The TNT double header kicks off with the Celtics at the Nets at 7:30 PM EST followed by the Bucks at the Lakers at 10:00 PM EST. Other noteworthy games on the schedule include the Suns at 76ers, Clippers at Grizzlies, and Knicks at Nuggets.

In this article, we will share our picks for the best spread bet, moneyline bet, and player prop bet from tonight's action. Subscribe for free to have our next best bets article delivered straight to your inbox!

Use promo code EWB at signup.

This is the 2nd time these teams will meet. The Nuggets won the previous meeting between the two, a 113-99 win on the road. The Knicks are currently on a 3-game losing streak after losing to Utah last night. In both previous losses, they allowed 120 and 122 points, which is way over their opponents’ average of 105 on the season. The Knicks are not built to run with teams and try to simply outscore them, they are successful when their defense leads the way and keeps opponents right around 100 points for the game. The Utah game was not much different as they allowed 113 to the Jazz in the loss.

Here are some of the key betting trends to keep an eye in this one:

I do not see a stark difference in either team since their previous meeting in December. You could argue that the Knicks have become a bit worse and are beginning to show signs of inner turmoil. The Nuggets provide too much offensive firepower for the Knicks to stay with them in this one. I foresee Denver scoring 115 or more tonight as they pick up another win against the Eastern Conference.

I know, I know, the Lakers have been a disaster this season and there seems to be nothing but negativity in LA LA Land. However, they have quietly covered 3 straight games and have the NBA's fifth-highest ATS win % as home dogs. Milwaukee has lost outright 6 times in 19 games as road favorites. I like the way this one is shaping up and the fact that the public is heavy on the Bucks while oddsmakers have dropped the spread from 4.5 to 3.5 makes it even more enticing.

Take the Lakers on the moneyline at +145.

We will publish our full prop picks article prior to tipoff tonight, but here is a sneak peek at one of our favorite prop bets from this 10 game slate.

Ingram is averaging just 5.5 assists per game on the season. However, he is coming off back-to-back 12 assist performances. Including Monday night against this very Rockets team.

The big news in the NBA is that the Pelicans traded to acquire CJ McCollum and Larry Nance Jr., but in turn have given up Josh Hart and Nickeil Alexander-Walker, who are 2 of the top 5 scorers on the Pelicans. I believe this move is going to disrupt the Pelicans in a game against a weaker Rockets team that should be able to take advantage of a back-to-back matchup in New Orleans.

Ingram will have to shoulder more of the scoring load than normal here and without those 2 other scoring options, he should fail to go over 6 assists tonight.