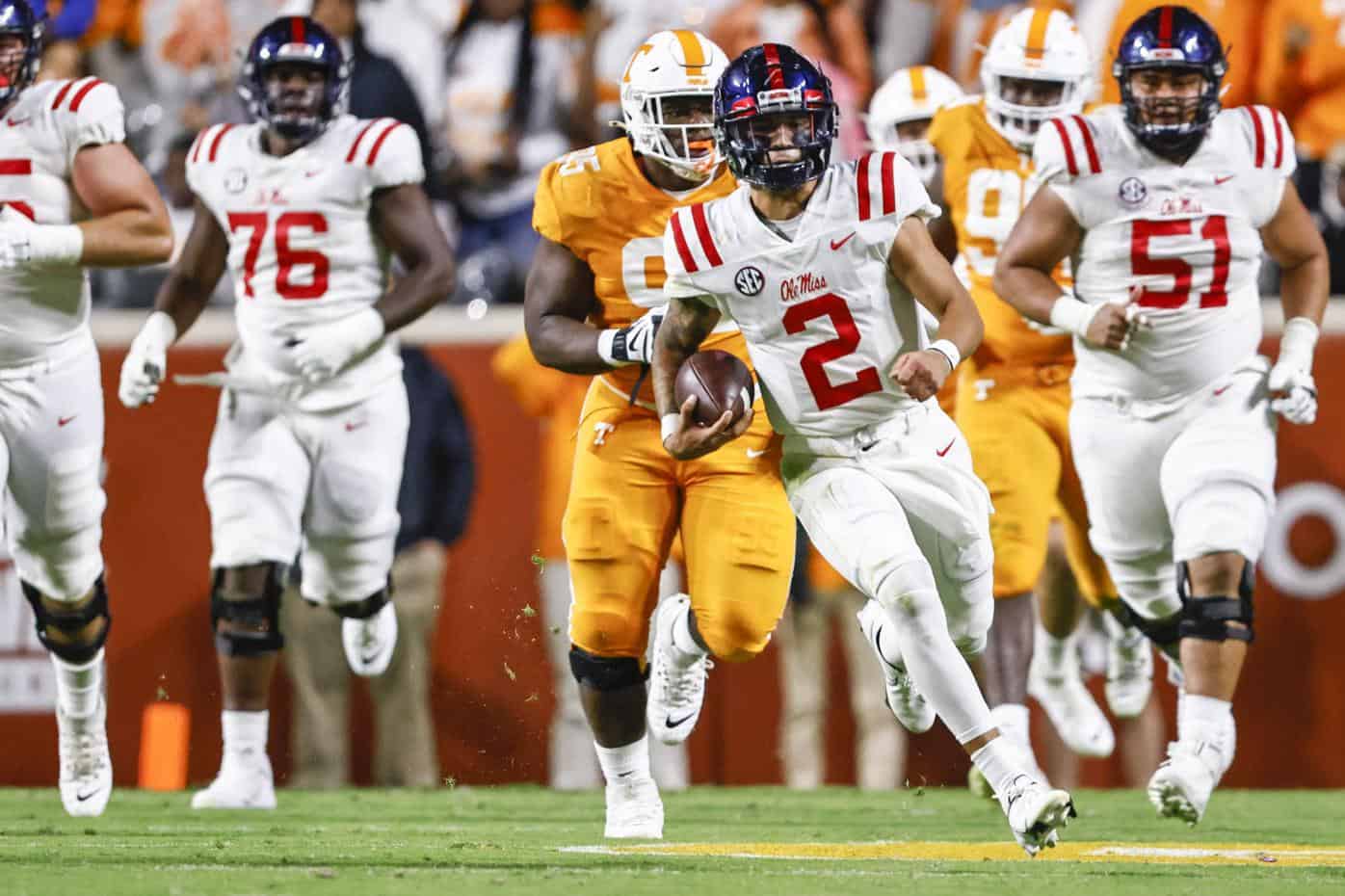 Our best bets for Week 7 went a perfect 3-0 last week! All of us who bet on the Kentucky Wildcats should send Mark Stoops a Christmas card for calling that timeout and then scoring. However, there’s no time to celebrate as sports investing is a “What have you done for me lately” type of business.

The Week 8 college football slate is pretty vanilla. When you look at the board closely, you’ll notice that there is not a single game that features two Top 25 teams.

Though that is a tad disappointing, we did find three games that we think offer a decent amount of betting value. Here are our best bets for Week 8. Remember, keep our odds tool up and running to make sure you are getting the best of the number on each of your bets.

PointsBet is offering all new players an instant $200 bonus with any $20 NFL or CFB bet. Here is how the offer works:

Can you believe that the Game of the Year line for this game was Clemson -17 back in the summer? Times have changed as no one thought the Tigers’ offense would be this terrible. QB DJ Uiagalelei has a nice skillset but has not looked comfortable at all this season. The 6-4 250 pound sophomore has thrown four touchdowns but only ranks 104th in the nation in QBR (quarterback rating).

The Panthers’ defense has looked much better in recent weeks after a couple of subpar performances earlier in the season. Pitt’s defensive line is one of the best in the nation against the run, as they only give up 3.0 yards per carry which ranks 9th. This defense also does a fantastic job of pressuring QBs, as they get a sack on nearly 10% of plays (11th). This unit’s best passer rusher is Habakkuk Baldonado, who has 4.5 sacks already this year.

Pitt QB Kenny Pickett has quietly become one of the top passers in the nation, as well as a darkhorse Heisman candidate. The 6-3 senior has the type of arm that NFL scouts covet and he also moves well outside of the pocket. Pickett has thrown for nearly 2,000 yards and 21 TDs this year but this Clemson defense will be his toughest test of 2021.

Though the Tigers have been awful on offense, Brent Venables still has the defense playing at an elite level. This unit only allows 4.4 yards per play (13th) and 5.8 yards per pass (9th).

Even though this Clemson defense is elite, we still have to back Pitt in this spot, especially at home. The Tigers’ defense may slow down Pickett and the Pitt offense for a half, but the Panthers will make enough plays to win it! Lay the small number.

Here’s an interesting SEC matchup with plenty of storylines! How will the LSU players respond to the news of Coach O’s end of the year departure? Will they quit or rally around him?

The Bayou Bengals pulled off a shocking upset against Florida last week but do they have the juice to win in back-to-back weeks? Ole Miss has to be glad to be back home after a strange ending in that Tennessee game last Saturday night! Seriously, who throws mustard and a golf ball onto the field?

While we certainly do not see a power rating edge in this game (our numbers make Ole Miss only a five-point favorite), most of the on-field matchups favor the Rebels in this one. Heisman hopeful Matt Corral should have a huge game against an LSU defense that has been unreliable all season long. Corral has thrown for 1,728 yards and 14 TDs so far this season.

We don’t believe in always fading the betting public, but it is interesting that 65% of wagers so far have come in on LSU. History teaches us that public underdogs typically don’t perform too well. Give us the Rebels to win by double digits! Hotty Toddy!

NC State is a solid football team on both sides of the football. QB Devin Leary takes good care of the football and has plenty of arm strength. The 6-1 sophomore has thrown for 1,534 yards and 15 TDs with just 2 interceptions this year. Leary should have plenty of success against this Miami defense, especially on third down as the Canes rank 118th in third-down conversion percentage allowed.

The Wolfpack’s best running back is Zonovan Knight, who has run for 503 yards and 3 TDs. NC State’s biggest weakness on offense is that they don’t have any game-breaking wide receivers. That shouldn’t matter in this game against Miami though.

Miami’s offense has been awful so far this season. With D’Eriq King now out with another injury, the offense is in the hands of Tyler Van Dyke, who has thrown 5 TDs and 3 INTs. Van Dyke has looked decent but he could be in for a rough game as NC State’s defense is one of the best in all of college football against the pass (5.8 yards per pass allowed, 7th in nation).

The spot in this game seems to favor NC State, as they have a 5-1 record and could challenge for the ACC title. Miami, on the other hand, is 2-4 and is off back-to-back heartbreaking losses to UNC and Virginia. What kind of mental state will the Canes be in?

Our power rating makes this line NC State -6.5 so we see plenty of value in the Wolfpack in this one. Miami doesn’t enjoy much of a home-field advantage, as most of their fans would rather party on South Beach than sit in football game traffic. This one could be a blowout! Go Pack! Best of luck with your bets this week!