Best Bets for the NBA Eastern and Western Conference Championships 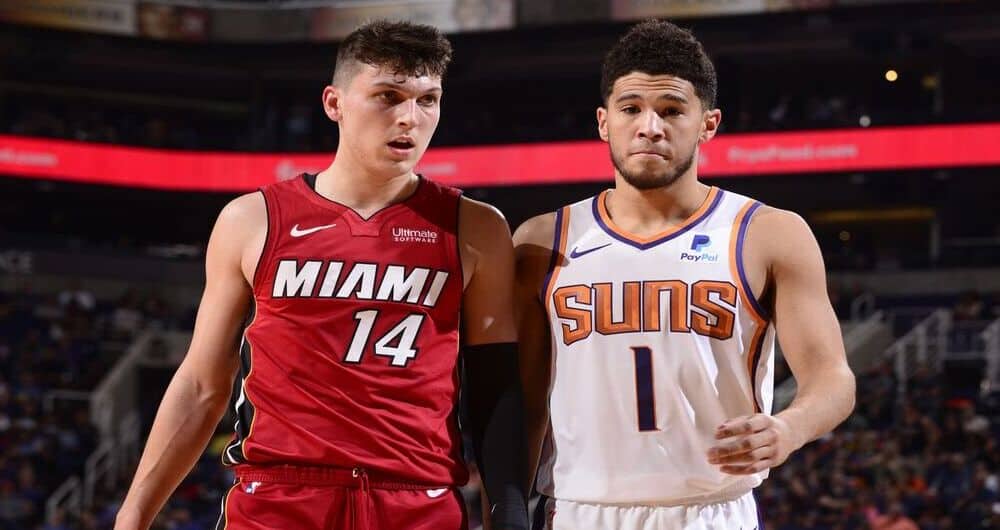 Can you believe that the NBA regular season only has about a month left? The NBA Playoffs will start earlier than ever, thanks to the Play-In Tournament, which begins on April 12.

Even though there are not many games left in the regular season, there is still time to lock in some value in the NBA Futures market. Here are 2 NBA futures bets to make for the conference championships. Jump on these now to get ahead of some sharp line movement.

If Your Team Wins! Use promo code EWB.

With +500 odds, Miami is a team worth putting some money on to take home the Eastern Conference title. With the way Miami is performing right now, there's no doubt that this team has a good chance of winning the Eastern Conference. The fact that Miami has such a strong defense is the main reason why they should be backed to win the East.

If the Miami Heat can stay relatively healthy, they'll have one of the most fearsome defenses in recent memory. Opponents will never want to play against them since they have Jimmy Butler, Bam Adebayo, Kyle Lowry, and PJ Tucker on their team.

Many of the Miami Heat's players have been sidelined this season because of injuries. Jimmy Butler and Bam Adebayo have both missed games for the Heat this season, and while it isn't ideal, it may be advantageous in the long run for the playoffs.

Miami has now discovered that they will have numerous players available to take over a game at any time. On the Heats' roster, Jimmy Butler, Tyler Herro, and Kyle Lowry are just three players that can score the ball in clutch moments.

The Miami Heat will have plenty of success because they have multiple players that can score the ball on their roster. Although it is debatable whether they have the one guy capable of taking over a game, there is little doubt that this squad can have multiple guys score 20 points or more every night.

Erik Spoelstra, the head coach of the Miami Heat, has demonstrated time and time again that he knows how to win in the playoffs, cementing his reputation as one of the top coaches in the NBA. Miami has a fantastic opportunity to win the East with him at the helm and their tenacious defense. There's a ton of value in the +500 odds so jump on this while you can!

While the +180 odds on this bet aren't fantastic, it appears that the Suns will win the West at this time due to their excellent quality of play this season. There is no denying that they are the top team in the NBA, and the Milwaukee Bucks, Miami Heat, Golden State Warriors, and probably a few others are the only teams to which they can be compared.

Due to a wrist injury, Chris Paul will be sidelined for around two months. While there are certain concerns about that injury, no one should be concerned because it is a small one.

The Suns began to play like one of the best teams in the NBA after Chris Paul arrived in Phoenix. There's no denying his ability to lead a team. This is why everyone who has ever played with CP3 has constantly claimed that he is the best leader they've ever played with.

Chris Paul will have to continue to be the seasoned leader on the court if Phoenix wants to maintain playing this style of basketball. The good news is that Paul has been doing just that for the majority of his career, so there's no reason to think he won't continue to be the high-level leader he's always been.

This squad has been the best in the NBA for the whole season, and that doesn't appear to be changing anytime soon. Even if they struggle for the remainder of the regular season without Chris Paul, Phoenix will still be the team to beat in the Western Conference whenever he returns.

The two best teams in the NBA this season are Miami and Phoenix and we think they will meet in the NBA Finals. While we love the Suns, it makes even more sense to bet on a team like the Heat because they have the fourth-best odds to win the Eastern Conference. Best of luck with all your NBA futures action!