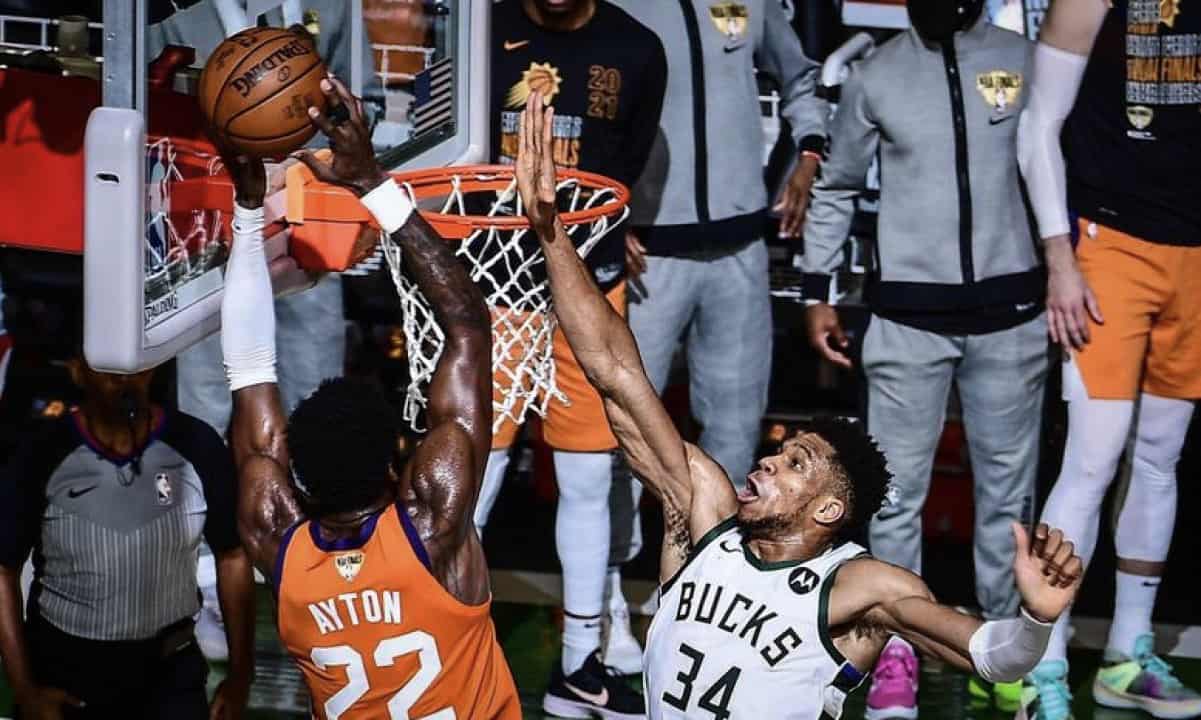 Not many would have thought two games into the 2021 NBA Finals that the Suns will face a must-win scenario in Game 5, but here we are. Phoenix dropped two straight games in a pretty demoralizing fashion, while Milwaukee has seemingly figured its rotation out while ironing out the kinks in the process.

Can Chris Paul and Co. bounce back on their home court? Let’s find out! Before jumping into our picks, use our live odds checker below to find the best line available on each side of the NBA Finals Game 5.

Similarly, to Game 3, Game 4 was another game that the Suns should have won, could have won if things just worked out a bit better for them. They didn’t. The Suns entered the fourth quarter up six points and ended up giving up 33 points while only scoring 20 of their own – an uncharacteristic stat from one of the best defenses in the league.

Much of this was on Chris Paul, who was mediocre at best in Game 3 and had one of his worst games ever in Game 4 of the series. CP3 spent 37 minutes on the court only hitting 5 field goals for 10 total points. Paul was a -10 in plus/minus and also had 5 turnovers.

Similarly, to Paul, Deandre Ayton (6 points, 17 rebounds, 5 assists) also had another off night where his biggest highlight was viciously getting blocked by Giannis Antetokounmpo. Ayton ended the game in a -7 plus/minus, while Mikal Bridges was a -3 with just 7 points and 5 rebounds.

It is crazy to remember, that less than a week ago Bridges was the best offensive player on the floor for the Suns, but he hardly been able to even attempt any shots for two straight games.

The Suns got valuable support from their bench with Cameron Payne, Torrey Craig, and Cameron Johnson combining for 23 points, but this was another outing where Devin Booker (42 points, 1 rebound, 2 assists, 4 turnovers) had almost no help in the starting lineup. Booker was great, hitting 17 of his 28 shots (60.7%), but the Bucks are not a team that will end up getting beat by a one-man show.

Bucks coach Mike Budenholzer did seemingly figure out both his rotation and his approach to the series. Milwaukee is steadily rolling with the starting five of Holiday-Middleton-Tucker-Giannis-Lopez, with Lopez being in a 50/50 timeshare with Bobby Portis. From the bench, Pat Connaughton is the main contributor with Jeff Teague averaging around 10 minutes in the series.

The performance of Connaughton is certainly worth a mention, as he finished Game 4 with a game-high +21 grade hitting 3 of his 7 three-point attempts while also grabbing 9 rebounds.

Backup big Bobby Portis also had five rebounds in a game, where Milwaukee outrebounded Phoenix 48 to 40, including 17 to 5 on the offensive glass. Milwaukee had a 34.4% offensive rebounding percentage against 16.2% of Phoenix, the largest difference between the two teams through four games.

The Bucks also had the better turnover rate at just 5.2% compared to Phoenix's 17.5% as the home team managed to slowly grind out an ugly victory despite a strong shooting night from Booker.

Game 4 was an outing that Milwaukee should have lost. Giannis Antetokounmpo only had 26 points, Jrue Holiday was 4 of 20 from the floor and 0 of 5 from three-point range, P.J. Tucker had zero points and Brook Lopez finished the game as a -13 in plus/minus. All this, and the Bucks still won through the tough strong offensive rebounding, a dominating presence in the paint, and second-chance points.

The home team was more physical and they came away with the W. A great indicator of general toughness is a stat called points per miss, which shows how many points a team scores per 100 misses. In this game, the Bucks put up 24 points per 100 misses, while the Suns put up 5.4 points.

Going back to the Valley

The series moves back to Phoenix for Game 5 and we are certainly trusting the Suns to show up in this one. The lack of playoff experience did certainly hurt Phoenix, but there is so much more Chris Paul, Deandre Ayton, and Mikal Bridges can do on the offensive end.

We would expect at least one, but likely two of the three having a good offensive night. That, combined with the Kobe-like effort we see from Devin Booker, day in and day out should be enough to give the Suns the win on their home court. Give us Phoenix to win Game 5 and to cover the spread as well!