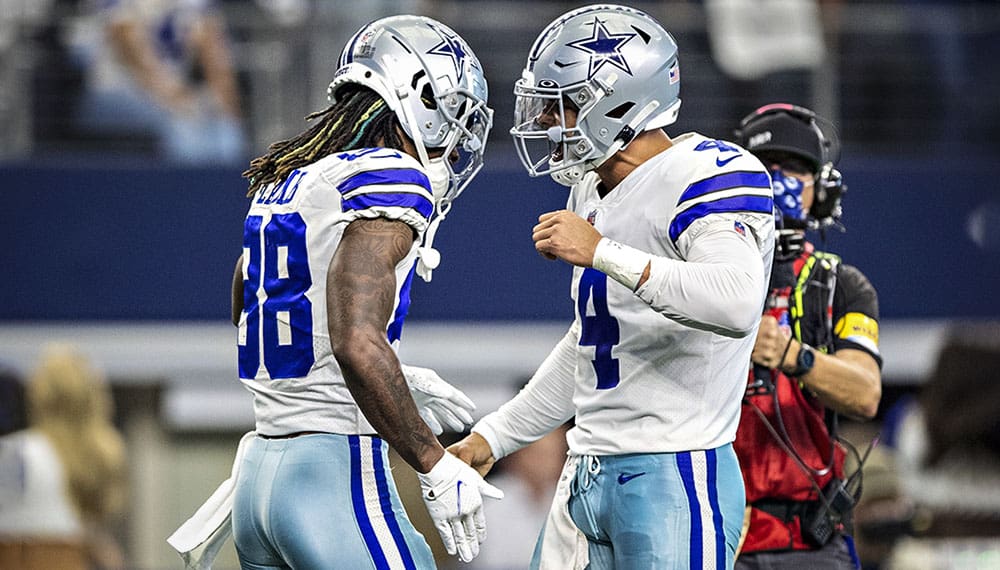 Week 13 of the National Football League season is here and the playoff race is getting tighter than ever as the season winds down. Coming off of a crazy Thanksgiving Day showcase and yet another parity-filled week on Sunday, there is still not a single team that has asserted themselves at the front of the pack as potential Super Bowl champions.

In the primetime Thursday night matchup for week 13, it’ll be the Dallas Cowboys taking on the New Orleans Saints. This is a game that has serious playoff implications for both teams.

The Dallas Cowboys come into this game with a record of 7-4 on the year. They hold a firm lead on the NFC East, as they are a full two games ahead of the Washington Football Team. However, they still have to play them twice over the span of the last 6 games of the season.

Those two games will come in the span of three weeks starting with the December 12th game in the nation's capital. Following this game with the Saints, Dallas will play three straight NFC East games, as 4 of their final 6 are all within the division.

Current Odds for Cowboys at Saints

What to Expect from Dallas on Thursday Night

Dallas will have to find a way to get the job done this week as they are likely to be without star-wide receivers CeeDee Lamb and Amari Cooper again. Adding further to the issues Dallas will also be without head coach Mike McCarthy after he tested positive for coronavirus.

Dallas has struggled in recent weeks as they lost two in a row and three of their last four games, all of those losses coming against the AFC West division. Well, they’re leading the division comfortably for now they will need to turn it around quickly especially with division games approaching.

If they do not find a way to right the ship they could easily find their two-game lead diminished down to none, or potentially even drop in the standings and outside of the playoff race.

What to Expect from New Orleans on Thursday Night

Much like the Dallas Cowboys, the New Orleans Saints are expected to be without one of their top players as Alvin Kamara is likely to miss the game.

It’s been a rough year for the Saints as following week one they look like world-beaters after they dismantled Aaron Rodgers and the Green Bay Packers. Since then they have been hovering around the .500 mark on the year and falling even farther behind the Tampa Bay Bucs until Tampa started struggling and allowing the division to stay within reach.

The Saints come into this one with a record of five and six and sit tied for second place in the NFC South. Which has been relatively weak this season outside of the defending Super Bowl champs, Tampa Bay.

New Orleans can still play their way into a playoff spot this season, but they will have to do it facing a tough schedule. It starts with this game against Dallas and follows it with a trip to Tampa. However, without Alvin Kamara, it will not be an easy task to get them to the playoffs this season.

Regardless of both of these teams' opposite situations, this has all the potential to be one of the best games of the week. Both teams are coming off of a full seven days rest after playing on Thanksgiving. Both teams will also be looking for bounce-back performances after losing last Thursday night as well. From a betting and fan standpoint, this one is sure going to be fun to watch.

The best bet for this game in my opinion is taking the Dallas Cowboys with the 4 1/2 point spread. Dallas is due for a bounce-back performance after the recent struggles and this seems like the perfect game for Zeke and Tony Pollard to erupt.