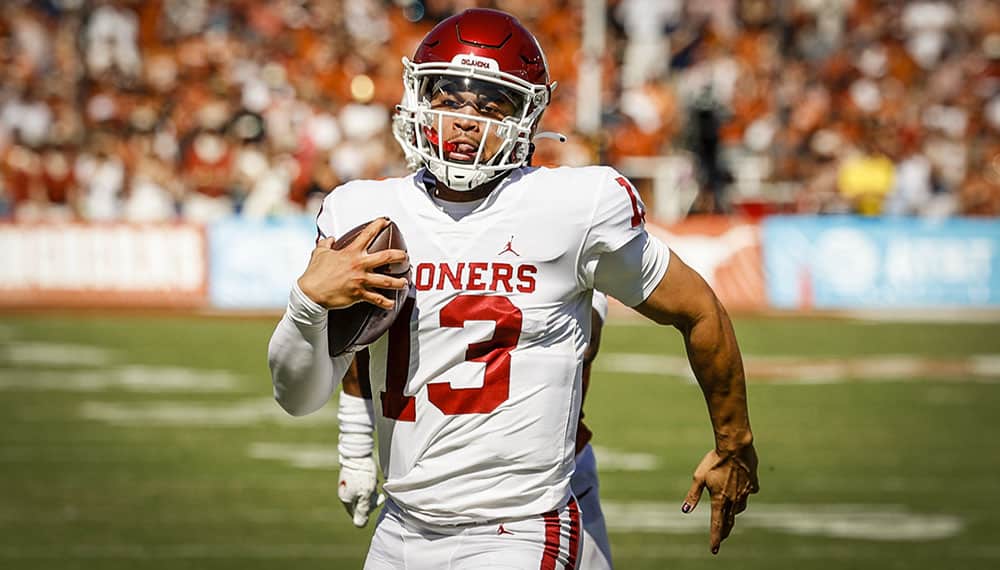 We went 2-1 with our College Football Best Bets last week. That improves our overall record to 18-15 on the season. Hopefully, we can keep it rolling throughout the month of November to continue to build the bankroll.

Purdue got the outright victory for us over Michigan State and Mississippi State snuck inside the number to cover for us against Arkansas. Our only loss was on Auburn against Texas A&M. Here are three best bets for the Week 11 slate!

Get on this one before it hits the key number of 56. This line opened at 53.5 and was pounded by lots of sharp action. Here is the main reason we love the Over in this spot.

When betting overs, we like for both teams’ offenses to have matchup advantages. That is certainly the case in this game as Texas A&M is great at running the ball and Ole Miss struggles to stop the run.

The Aggies are 9th in the country in yards per rush (5.5) while the Rebels are 82nd in yards per rush allowed (4.4). This means that Texas A&M should have no problems opening up enough holes for dynamic running back Isaiah Spiller, who has run for 873 yards and 5 TDs so far this year.

Ole Miss’s offense ranks 9th in the nation in yards per pass and even though Texas A&M has a decent secondary, the Rebels should have plenty of success through the air. This is especially true if star wideout Dontario Drummond can play this week (he’s currently listed as questionable).

Drummond is Matt Corral’s favorite receiver and he has 658 receiving yards and 6 TDs this season. Expect Lane Kiffin to dial up plenty of trick plays with the hopes of slowing down this aggressive Aggies defense.

Though the A&M defense has an impressive statistical profile, they have struggled to contain good quarterbacks a couple of times this season. This unit gave up 38 points to Alabama and 26 points to Mississippi State. All in all, we see A&M having a hard time stopping Matt Corral, who continues to boost his Heisman chances with 16 passing TDs and 10 rushing TDs.

It was hard for us to pick a side in this one, but our final score prediction has both teams getting into the 30s. We’ll say the Aggies win it 34-31 so take the OVER!

Oklahoma Sooners at Baylor Bears - OVER 62.5

Here’s another Over that we absolutely love this week! If things pan out how we see it, the poor scoreboard operator may be exhausted by the time this game is over. Let’s dig into the matchup to show why we love this Over.

First, let’s check out the offense of both teams. Both Oklahoma and Baylor rank inside the Top 10 in yards per play this season. The Sooners average 7.0 yards per play (3rd) while the Bears average 6.6 (10th). This tells us that both of these offenses are capable of putting up 35 or more points in this one.

Secondly, both teams are amazing once they get the ball inside the 20 yard line. OU ranks 2nd in red zone offense while Baylor is a respectable 11th. Again, this is a stat that should lead to an Over.

The Sooners should be able to exploit a Bears secondary that is allowing 7.7 yards per pass (84th). We think that Sooners head coach Lincoln Riley will have a few wrinkles up his sleeve, especially since he’s had two weeks to prepare for this game. This Oklahoma offense has improved dramatically since hotshot Caleb Williams (18 total TDs, 1 INT) took over. We don’t see this Bears defense slowing him down.

On the other side, Bears QB Gerry Bohanon should do very well against a Sooners defense that has been suspect all year long. The Bears rank 20th in yards per pass while the Sooners rank 111th in yards per pass allowed. That’s a huge edge for the Baylor passing game!

All of this should mean lots of explosive plays and plenty of excitement. Take the Over and root for points in this one!

This line is an overreaction to Minnesota’s abysmal loss to Illinois last weekend. Though that loss was terrible, the Gophers have proven that they can bounce back. This team beat a very good Purdue team on the road the week after they lost to Bowling Green.

Though lots of folks have grumbled at times about Gophers head coach P.J. Fleck, the guy is an excellent motivator and he’ll have his team fired up for this game against Iowa. The Gophers will be ready to give a maximum effort this week after that embarrassing loss.

The Iowa offense is one of the worst in the country. This unit ranks 124th in yards per play, 110th in 3rd down conversions, 115th in red zone offense, 120th in yards per rush, and 109th in yards per pass. As we can clearly see, this isn’t an offense that should be laying more than a field goal, even at home.

Minnesota’s offense is pretty mediocre but they definitely have the better quarterback and the more explosive passing game. Look for Gophers QB Tanner Morgan to have a decent game, even against this stout Hawkeyes pass defense.

The low point total of 37 is what really attracted us to taking the Gophers plus the points. Any time you see a total this low, your first look should be towards the underdog since the added points are theoretically worth more in that situation.

We think Minnesota wins outright, but take the points for some added insurance! Best of luck with your action this week!