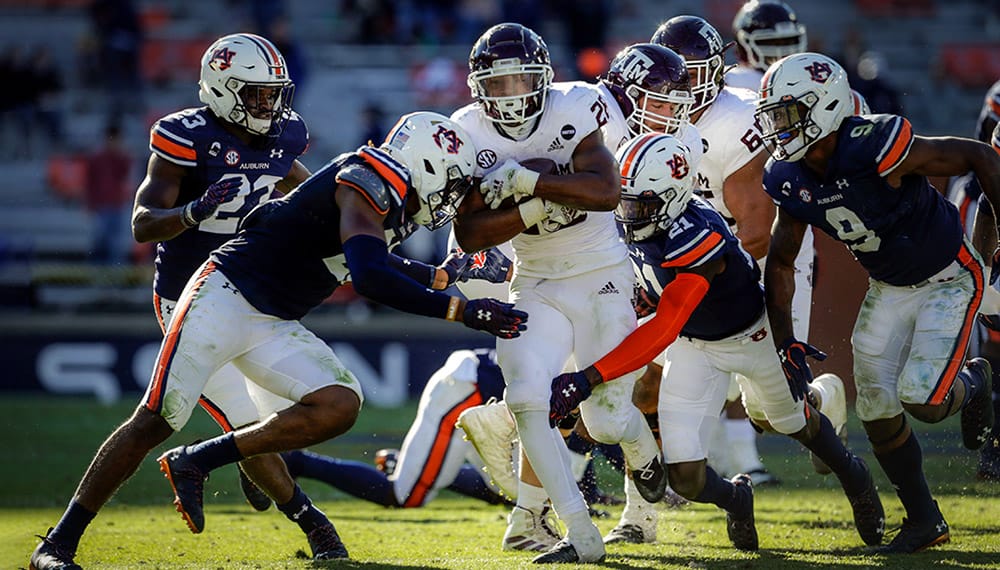 Week 9 was a tough one for our Best Bets as we stumbled to a 1-2 record. Mama said there’d be days like this and she wasn’t wrong! We may need some counseling after our Florida State (+9.5) bet somehow lost on a stupid multi-lateral play! (Some folks may have found +10 for a push but we’ll grade it as a loss regardless)

Our overall season record now stands at 16-14. That’s not what we want but it’s still in the black nonetheless. The Week 10 College Football slate of games isn’t that alluring, but we did find three games that we love!

This point spread stinks to high heaven and that’s why we love it! Why is big bad Michigan State, the #3 ranked team in the nation, laying only a field goal to Purdue? Anytime a line looks too easy, it should set off a “sucker bet alarm” inside your head!

Everybody and their brother will be on the Spartans this week, especially after seeing them pull off the upset over Michigan last week. According to multiple sources, 80% of the action so far has been on the Michigan State side. Remember, they don’t build those fancy casinos out in the desert because people are winners!

One reason we love Purdue is that the spot favors them in a big way! Michigan State is by far the better football team but this is a terrible spot for them. This looks to be a classic letdown spot where a team has a bit of a hangover after a thrilling win over their archrival.

Also, when you do a bit of deep dive on both of these teams, you’ll notice a big disparity in strength of schedule. Purdue has played the 10th toughest schedule in the country while Michigan State has only played the 47th toughest. The Boilers may only be 5-3 but they are more battle-tested.

Purdue also has a solid defense that doesn’t give up a ton of big plays. Purdue is ranked 9th in points per game allowed (17.1) and 8th in passing yards allowed per game. This unit’s greatest strength is that they do a good job of getting off the field on third down.

Remember, the Boilermakers have already upset a highly ranked conference team (#2 Iowa) earlier this season so they won’t be intimidated in this game. Take the points and root for the upset!

Why in the world is this line so high? These two teams are so similar that neither one should be favored by more than a field goal. Our power ratings say this point spread should be Arkansas (-2) so we’ll gladly take the +6 with Miss. State.

Sophomore QB Will Rogers is doing a fantastic job of running Mike Leach’s offense. The 6-2 210 pounder has thrown for 2,890 yards (3rd in the nation) and 19 TDs so far this season. The Arkansas defense is pretty decent against the pass but Leach’s offense is a whole different animal.

The Bulldogs’ third-down offense is one of the best in the land as they convert 48.18% of the time (12th). That means they should be able to chuck the ball around the yard enough to keep some drives going. Once inside the red zone, the Bulldogs should do well, as the Razorbacks defense is ranked 100th in the nation in red-zone scoring percentage.

Though Arkansas has a stout running game on offense, the Miss State defensive line should be able to limit them in that area. The Bulldogs only allow 3.4 yards per rush, which is 19th in the land. The Hogs often struggle with teams that they can’t bully at the line of scrimmage.

We see this being a close game from start to finish so we’ll take the Bulldogs and the six points. This should be a fun game to watch!

This is the SEC Game of the Week on CBS and should be a fantastic one to watch! Auburn has a 6-2 record and should be feeling pretty good after beating a very talented Ole Miss team. Texas A&M (also 6-2) has won three straight games and is coming off of a bye week.

This bet comes down to value for us. Our power ratings only made Texas A&M a (-2) point favorite, even with their extra home-field advantage of the 12th man!

The bye week is probably worth a little bit in the Aggies favor, but not three points. We think the oddsmakers are overvaluing the bye week a little bit here. We believe that Auburn is the better football team, especially since QB Bo Nix has started to play better.

Nix is playing with more swagger and his teammates have rallied around him. The 6-3 junior has thrown for 1,764 yards and 9 TDs while only throwing 2 picks.

Tailback Tank Bigsby is having a terrific season as he’s rushed for 666 yards and 7 TDs so far. Look for head coach Bryan Harsin to give Bigbsy plenty of carries in this game against A&M, even though the Aggies only give up 3.7 yards per rush. If Auburn can continue their splendid red zone play on offense, they should have a great chance of pulling off the outright upset.

While Texas A&M has the more superior defense, we think Auburn has the slightly better offense. Also, although both teams have the same record, Auburn has a pretty big edge in strength of schedule. The Tigers’ strength of schedule is 27th while the Aggies’ is 61st. Take the points in this one! Best of luck with all your bets this week!