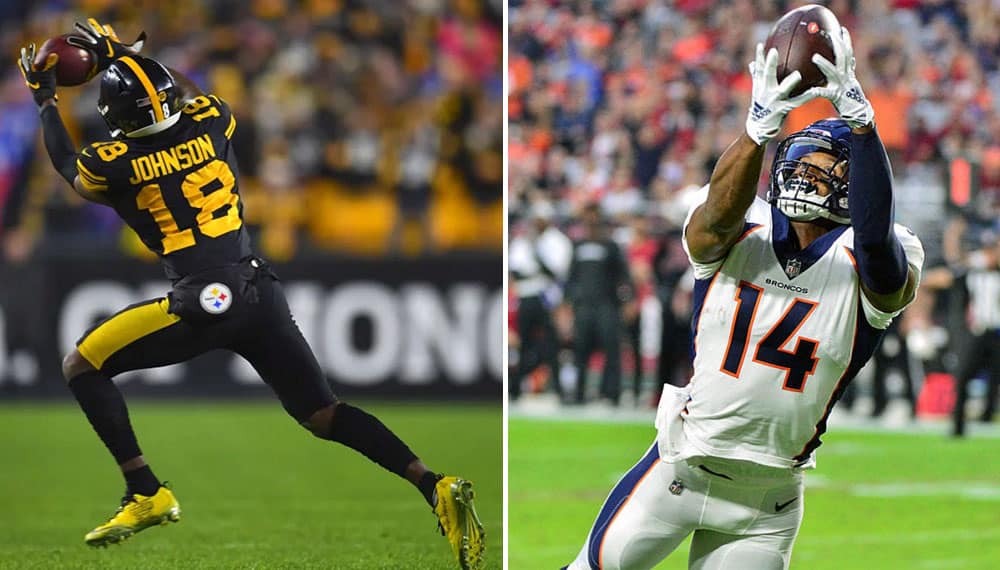 Who would have thought we would be entering week 5 wondering if the Broncos can without Teddy Two-Gloves Bridgewater? However, that is exactly the position we find ourselves in as the 3-1 Broncos travel to Pittsburgh to face the 1-3 Steelers.

The first month of Pittsburgh's season has been an absolute disaster. The offensive line is terrible, Ben has been awful, and the defense has allowed an opponent QB rating of over 103.

That being said, these two teams have played drastically different schedules. The Steelers combined opponent recort is 12-4, while the Broncos opponents to date are just 5-11 on the season. We will break down exactly what we expect to see from each of these teams and share our pick for best bet in this article.

Live Look at Best Odds Available for Broncos at Steelers

This look-ahead line for this game was Pittsburgh +2 last week. Obviously, the Teddy Bridgewater has moved it considerably throughout the week, with most domestic sportsbooks currently having the Steelers favored by a point. The Bridgewater injury has also forced the total lower, with most books moving it between 40.5 and 39.5.

At the time of publishing, Caesars has Pittsburgh available at a pick'em while the best number available on Denver comes from BetRivers at +1 (-110).

What to Expect from Pittsburgh in Week 5

The Pittsburgh Steelers are badly in need of a win after dropping three straight games. Gone are the glorious days of the team’s Week 1 win over the Buffalo Bills. While Pittsburgh’s defense is still serviceable (especially their run defense), offensively we do have a lot of questions about the state of this squad.

Ben Roethlisberger did just become the 8th QB in NFL history to reach 400 touchdown passes, but the 39-year-old has been looking rough this season. Coach Mike Tomlin said that he isn't ready to start benching Big Ben yet, but he will have a discussion about the QB situation with the team owners before Pittsburgh’s Week 7 bye.

In four weeks, Ben Roethlisberger has completed just 64% of his passes with an average depth of target of 6.1 yards. He has been only reaching first downs on 29% of successful passes and the receiving core struggling is also not helping the veteran QB’s case.

Pittsburgh's WRs are only averaging 9.5 yards per reception reaching first downs on 45% of successful receptions. Combine this with a struggling run game averaging less than 3.4 yards per carry, a special teams unit that grades 30th in DVOA, and you have a recipe for disaster.

We would bet that we will see Mason Rudolph starting a game pretty soon, but we are not sure that it will help the overall outlook of this squad. If you look at the lack of production out of the QB, RB, and WR's, all signs point to the offensive line. We knew the group would be an issue coming into the season and that is exactly how things have played out thus far.

What to Expect from Denver in Week 5

The Denver Broncos could go through a bit of a rough patch in the upcoming weeks, as the team suffered multiple key injuries in the last few days, including a concussion to QB Teddy Bridgewater in Denver’s Week 4 loss hosting Baltimore.

This was a squad that started the season with a perfect 3-0 record, but things aren’t looking great for them going forward, especially with a rough upcoming schedule in the next few weeks (Raiders in Week 6, Browns in Week 7).

A lot will depend on Denver QB Teddy Bridgewater’s health going into this Week 5 matchup against Pittsburgh. Bridgewater took multiple nasty hits in the first half of the Baltimore game and couldn’t return to the field for the second half due to a concussion.

Bridgewater is currently in concussion protocol and we have no further information on his status, but it seems like him playing in Week 5 is a long shot. Along with Bridgewater, Pat Surtain II and Diontae Spencer got also injured in the game, and Jerry Jeudy is still at least two weeks out from returning.

Despite Denver's QB competition being competitive throughout the preseason, public sentiment is way down on Lock heading into week 5. The betting market instantly reacted to the Bridgewater injury with Denver flipping from a two-point favorite to a 1.5-point underdog.

We would expect the spread to linger in this no man’s land under a field goal until we get solid info on Bridgewater’s status. If Denver’s QB is ready to give it a go, the Broncos should flip back to a favorite, but if we will see Drew Lock starting, the Steelers could end up laying up to three points.

Bridgewater has been quietly very impressive for Denver. The 8th-year QB has completed 70% of his passes through four weeks with a 7.6-yard average depth of target. The veteran has been often criticized for leaning too much on his quick short passes, but we have soon no decrease in accuracy in 2021 so far, despite Bridgewater throwing way more deep passes than any time before.

This is a very difficult handicap with Denver's QB situation up in the air, but we would lean towards backing Denver here. The Broncos have a borderline elite defense allowing only a 6.1-yard average depth of target and 3.5 yards per carry. With Pittsburgh's offense struggling mightily, Drew Lock’s arm could be enough to give Denver a W here.

If Teddy Bridgewater can give it a go, we would back Denver at -2.5 or better, if it is Lock starting, we would need a +3 to back the Broncos on Sunday.