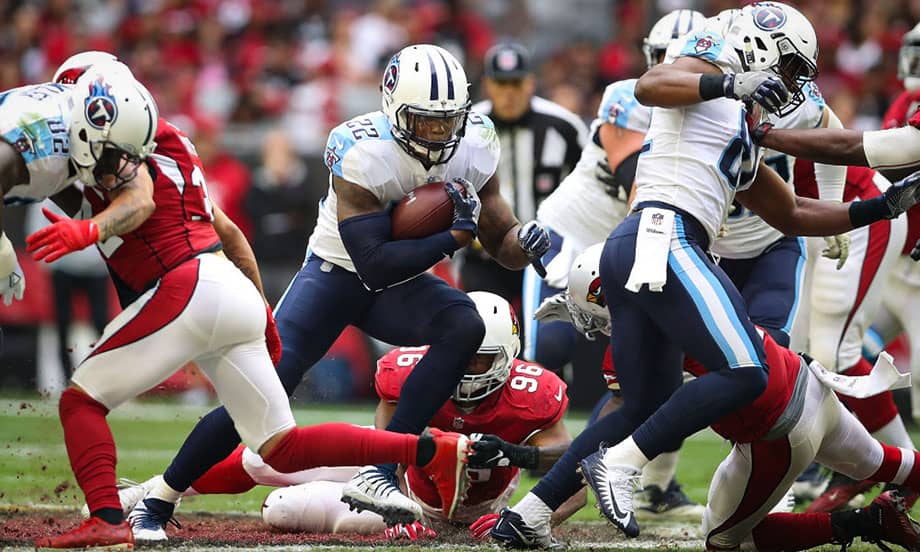 Week 1 of the NFL season has some interesting matchups on tap, but Sunday’s Cardinals – Titans matchup seems like an action junkie’s favorite. With a whopping total sitting north of 51, it is almost a lock that we will see fireworks with youngster Kyler Murray and Ryan Tannehill squaring off.

This article will break down what to watch for from each team, live odds for every available bet, and our pick for the best available bet for this game. Before we jump into our breakdown, check out this exclusive offer from TwinSpires that expires at the kickoff of the Cardinals/Titans week one matchup.

TwinSpires is offering new players $250 in free bets when they place any NFL Week 1 wager. Here is how to take advantage of this offer and lock in this industry-leading offer:

Current Odds for Cardinals at Titans

Use the live odds below to find the best line available for Arizona, Tennessee, and the total for this game. These odds update in real-time allowing you to find the best book for whatever your bet is in this matchup.

If two books have identical odds, we always display the sportsbook with the lowest juice. Add our free odds checker to your betting tool kit to shop every NFL bet throughout the 2021 NFL season!

What to Watch For With the Titans

The big news on the Tennessee side is certainly the addition of WR Julio Jones. to round out an offense that was already formidable. The Titans ended the 2020 season with an 11-5 record grading 4th in offensive DVOA behind Green Bay, Kansas City, and the champion Buccaneers.

The team averaged 7.9 yards per pass attempt (7th best in the league) and 12.1 yards per reception (3rd best). This certainly doesn’t look like an offense that needs another star WR, but Julio will surely find a fit with fellow superstar A.J. Brown. The WR core, rounded out by Josh Reynolds and Anthony Firsker is deep enough to compete, especially against an Arizona pass defense that is average at best.

Tennessee’s improved passing game should go well with a rushing attack that finished last year with the 4th-most rushing first downs and second-highest yards per carry at 5.2, trailing only the Baltimore Ravens. RB1 Derrick Henry is due for another monster season, but Titans offensive coordinator Todd Downing confirmed that Darrynton Evans (who was unavailable last year due to a hamstring injury) is expected to get a massive workload after looking great in training camp.

We are expecting another monster year from Ryan Tannehill, who is coming off a 3819 season where he had a 33-7 touchdown to interception ratio. Tannehill has been among the highest-rated QBs for multiple years now and this offensive core is just getting better around him. 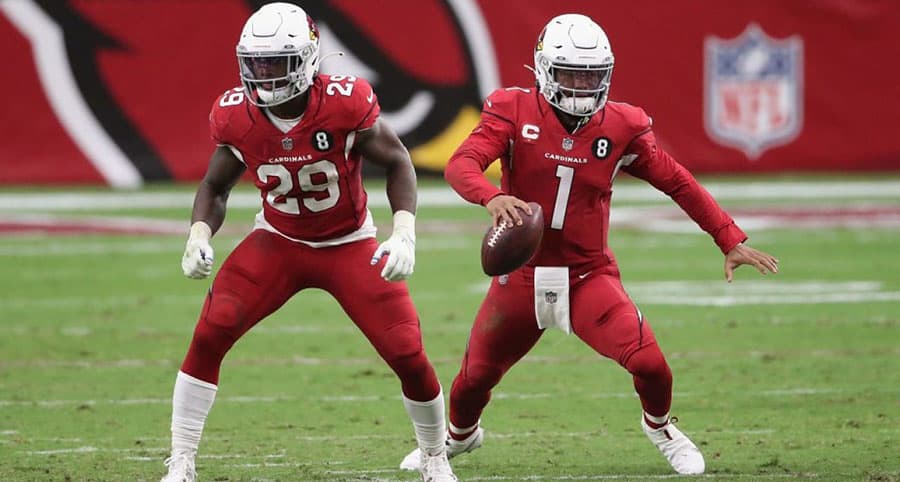 What to Watch For With the Cardinals

On the Arizona side, the Kyler Murray-ran offense will try to build on a 2020 campaign where the second-year QB led his team to a .500 record with 3971 yards, 26 touchdowns, and only 12 interceptions. The biggest strength of the Cardinals’ offense last season was their high pass completion rate at 67.3% and – of course – the legs of Murray.

Arizona should be able to match up well against the Titans as the Tennessee defense was allowing a 67.1% pass completion rate through the 2020 season (11th worst in the league) while also surrendering 18 rushing touchdowns (10th most). We haven’t seen any offseason moves that would suggest that this Titans defense will be better than average at best.

Make sure to monitor the preseason of Arizona though as primary running back James Conner just got activated from the COVID-19 list and WRs DeAndre Hopkins and A.J. Green has yet to play a preseason game. We would expect the entire offense to be ready, but these three players are key to the offensive success of the Cardinals!

Arizona did stay under the total for eight straight road games, but we are foreseeing the Titans to control the game flow, as they always do (especially at home). Tennessee should be able to run the ball successfully and forcing Arizona to lean upon their pass game utilizing their superstar WRs playing from behind. There are not many QBs we would pick over clutch Kyler Murray in these situations.

Tennessee's games have gone over in 16 of their last 21 home games and the over is also 23-10 in the last 33 overall games played by the Titans. It is important to note that these games were all played before Julio Jones joined the team, who will further enhance the scoring potential of this squad.

Both teams are more than capable offensively and we have serious questions about the quality of the defenses they will be facing.

Arizona's porous run defense and completely reworked secondary plays right into the strengths of the Titans offense. They will not be able to handle Derrick Henry without loading the box but do so at the risk of putting a corner on an island with either A.J. Brown or Julio Jones.

Tennesse was one of the weakest defenses in the NFL and only got worse as the season went on. They did little to address their deficiencies on that side of the ball this offseason. With a wealth of talent surrounding Kyler Murray, Tennesse simply does not have the depth to deal with the pressure and pace of Arizona's offense.

Act fast if your thoughts align with our analysis, this total has been trending up at most US sportsbooks over the past week.