Best Bets for the 2022 Genesis Invitational 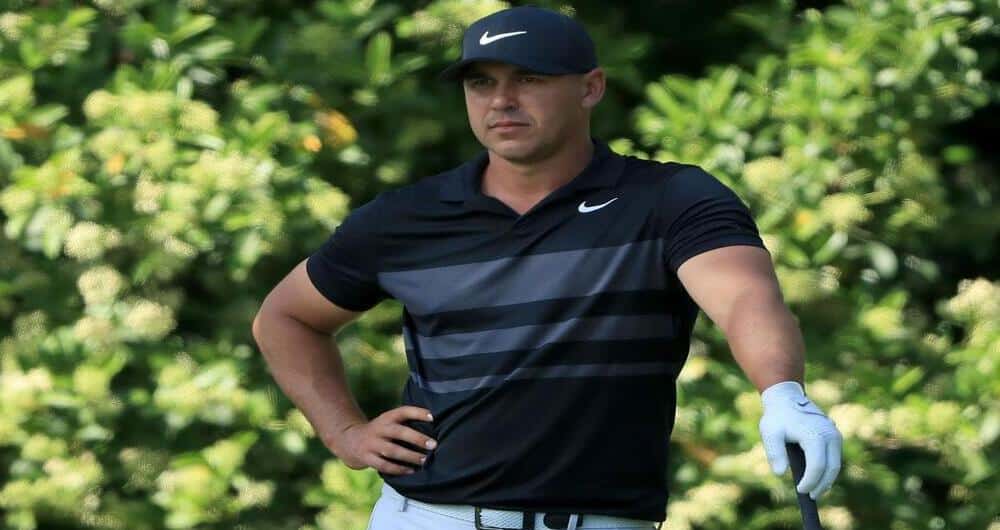 Scottie Scheffler stole the show last week at the Waste Management Phoenix Open by defeating Patrick Cantlay in a playoff. The atmosphere at TPC Scottsdale was purely electric, as fans littered the course with beer cans on #16 after Sam Ryder’s hole-in-one on Saturday!

On Thursday, the PGA Tour heads to The Riviera Country Club in Pacific Palisades, California for the Genesis Invitational. Since this tournament is considered one of the more prestigious non-majors, the field is jam-packed with superstars.

Riviera is a par-71, 7,322-yard course and it has been dominated in the past by long drivers like Bubba Watson (a 3-time winner) and Dustin Johnson (winner in 2020). However, the fairways at Riviera are extremely tight, which places a premium on driving accuracy. Keeping those two keys in mind, here are our best bets for the 2022 Genesis Invitational.

What’s not to like about Morikawa? This is only his third year as a pro and he’s already notched five PGA Tour victories. The former Cal Golden Bear doesn’t have a win yet this season, but we think he has a great chance at Riviera this week.

The only thing that makes us nervous with this outright bet is Morikawa’s chipping woes. He is currently losing .252 strokes around the green. Luckily, Morikawa’s iron play is so good that it masks this weakness.

The 2-time major champion has only played in this event on two occasions. He made the cut both times but was never in contention. We expect that to change this Sunday!

We’re not as big into course history as some folks, but it has to be worth at least a little something. With that being said, Kevin Na has had a truckload of success at Riviera. The 38-year placed 2nd at this course in 2018 and 4th in 2017.

Na has racked up four Top 10 finishes at Riviera during his career. The South Korean native is slight in stature (5-11, 167) and he doesn’t have much power off the tee (177th in driving distance). However, this course seems to fit his eye well.

Na’s greatest strength this year has been his iron play. He ranks 60th in strokes gained on approach and 38th in ball striking. We think that Na should be closer to +4000 instead of +7500 so we’ll gladly jump on that expected value.

Most of the golf talking heads believe that Jordan Spieth is officially back since he placed 2nd at the AT&T Pebble Beach Pro-Am a couple of weeks ago. However, we’re fading that logic and going with Brooks Koepka this week over Spieth.

Even though Spieth has put up some decent stats this season, we still don’t think he should be favored over a player of Koepka’s caliber. Koepka finished tied for 3rd last week at the Waste Management Phoenix Open while Spieth finished in a disappointing tie for 60th. Koepka’s game appears to be rounding into form just before the upcoming Florida swing.

We’ve already talked about how bombers have dominated at Riviera over the last few years. Koepka ranks 16th in driving distance while Spieth ranks 34th. That could be a nice edge for Koepka this week at the Genesis Invitational.

Surprisingly, Koepka has also putt the ball quite a bit better than Spieth so far this season. Koepka ranks 61st in strokes gained putting while Spieth ranks 126th. If “Brooksy” gets hot with the flat stick, Spieth may have a hard time keeping up.

The main reason we like Koepka over Spieth comes down to mental toughness. Spieth tends to get too emotional and is prone to making some double bogeys. Koepka is more of a grinder and he knows how to score well even when his swing isn’t completely dialed in.

The wrong guy is favored in this head-to-head matchup. Give us Koepka at the nice even money price!

This number is just flat-out disrespectful for a guy that has 3 PGA wins, including a major! Molinari struggled at times last week in Phoenix, but he finished tied for 6th at The American Express three weeks ago. We expect the 39-year old to turn in a good performance this week at the Genesis Invitational.

Molinari has done well with the flat stick all season long, as he ranks 36th in strokes gained putting. He also has a sand save percentage of 60.71%, which also ranks a respectable 36th. These two parts of Molinari’s game could help him sneak into the Top 20 at Riviera.

Molinari did very well at last year’s Genesis Invitational, as he finished 8th. We expect him to channel those positive vibes into another good showing this week. There’s a lot of value in this +490 number.