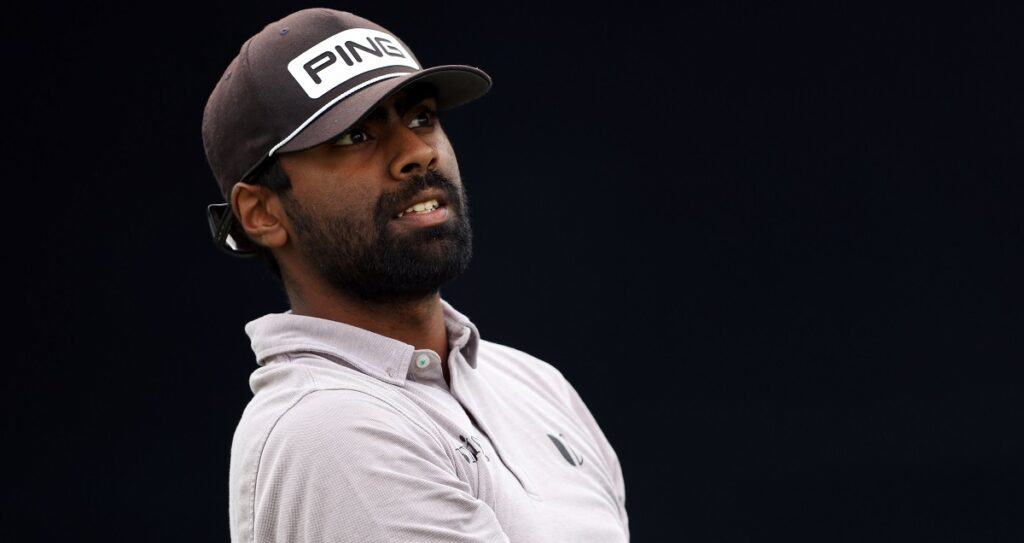 We like Sahith Theegala to finish inside the Top 40 in this week's AT&T Byron Nelson.
By Mike Noblin on May 10, 2022

After enduring some crazy weather at the Wells Fargo Championship, the PGA Tour finds itself in McKinney, Texas, for the AT&T Byron Nelson. KH Lee won this event last year with an outstanding score of 25-under par. Since the weather looks to be calm in Texas this week, this event could yet again be another low-scoring birdie-fest.

The AT&T Byron Nelson is held at TPC Craig Ranch, which is 7,468 yards and one of the most wide-open courses on Tour. Some players have referred to this course as a bomber's paradise since there isn't much deep rough to contend with. However, water will be in play on several holes because the course is intertwined with Rowlett Creek.

Several of the top players are using this tournament as a warmup for the PGA Championship. Nine of the world's Top 20 golfers are in the field so there is plenty of star power for our viewing pleasure. Here are our best bets for the 2022 AT&T Byron Nelson.

This just seems like an event that Vegas can win! He's been in very good form of late as evidenced by his last three finishes of T4, T18, and T15. The 37-year-old currently ranks 10th on Tour in overall driving distance (314.8 yards) and that could be a big advantage for him this week.

The only thing that has really plagued Vegas this year has been his driving accuracy, which currently only ranks 143rd in the world. However, this shouldn't hurt him since the fairways of TPC Craig Ranch are so wide open. Even if he gets a little bit wild, it shouldn't hurt his scorecard all that much.

Another reason we love Vegas this week is his ball striking. He is currently gaining .552 strokes on approach, which ranks 21st! Accurate iron play is a huge key to winning a birdie fest tournament.

We aren't crazy about Vegas as a putter but he has shown the ability to get hot with the flat stick during his 3 PGA Tour wins. We also think Vegas will be very comfortable playing in the Lonestar State since he played his college golf at the University of Texas. The 55 to 1 price is just too tempting to pass up!

We get it, List sucks as a putter! He is losing .902 strokes on the greens, which ranks a putrid 208th on Tour. However, the 37-year-old bomber should have a field day on a course like this.

Though the putter is indeed his Achilles heel, List overcame that to get his first PGA Tour win at the Farmers Insurance Open back in late January. If he can just not blow up with too many three-putts, we like List's chances this week. It also doesn't hurt that 7 out of the last 8 winners of the AT&T Byron Nelson have been longshots of 100 to 1 or greater!

It's been an incredible season for Theegala so far as he's put together three Top 10 finishes, including an incredible T3 at the Waste Management Phoenix Open back in mid-February. Unfortunately, the month of April was not kind to the 24-year-old. However, Theegala did pretty well at the Mexico Open a couple of weeks ago by finishing T24.

We think that Theegala's last performance was enough to bolster his confidence and we expect him to easily finish in the Top 40 this week at the AT&T Byron Nelson. The Pepperdine alum has already proven that he can play with the big boys.

Like List, Theegala's main weakness has been his putting. However, he can get hot with the flat stick at times and sink a few from long distances. We expect Theegala to end up being one of the PGA Tour's next young stars and this could be another big week for him. Let's win some money this week!