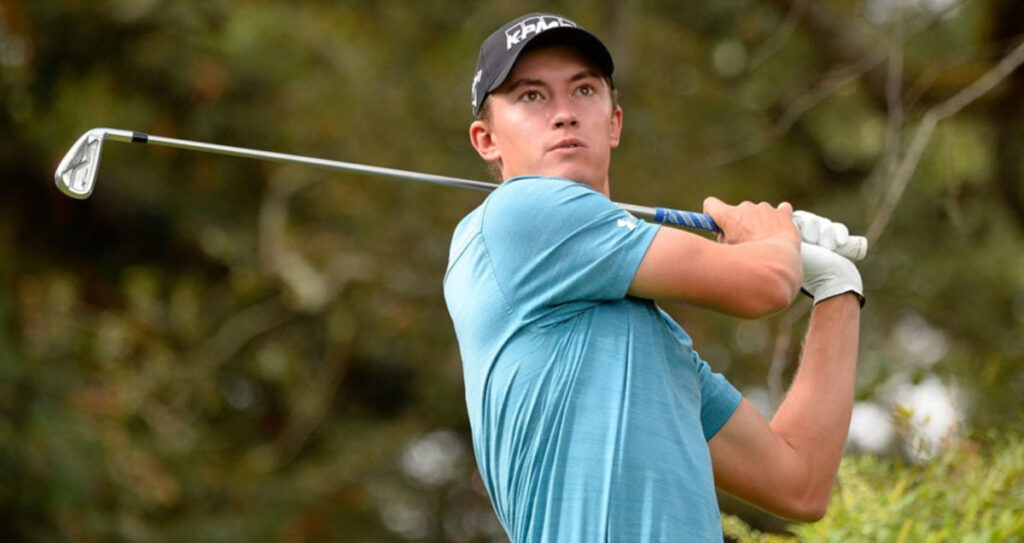 Maverick McNealy is one of our best bets for the Barracuda Championship
By Bill Christy on July 13, 2022

While the final major of the season is taking place this weekend in Scotland at the Old Course, there is a much smaller event taking place in a much more pleasant climate. The Barracuda Championship will be held at the Tahoe Mountain Club in Truckee, California.

A mix of European Tour members and PGA Tour members will compete in a modified Stableford scoring event. Here is how that scoring is done:

Last year’s winner, Erik van Rooyen is not in the field this week but Andre Putnam, who finished in 2nd last year, will be in the field. While there will not be any big names, the field is filled with decent talent from both tours and there are still valuable plays to be had.

On First Golf Wager with BetMGM

In last year’s event, Ryan Moore failed to make the cut while his opponent in this matchup played well and finished 15th. Cook has also been playing well as of late on tour, making the cut in his last 4 starts that include 3 top 40 finishes and a best finish of 13th at the RBC Canadian Open.

Moore had missed the cut in his 1st 2 events of the calendar year but did pick up a 35th at the RBC and a 24th at the John Deere. He has finished behind Cook in all 3 events this year that they each played. We like Cook and will be firing away on him with this play.

We are getting the odds-on favorite to win the tournament here on limited juice to defeat just 2 other golfers. Neither Norlander nor Siem has competed in this event during their careers. McNealy placed 18th last year and 7th previous to that.

Norlander has missed the cut in 5 straight events and is unlikely to make the cut here this weekend. The reason Siem has never competed in the Barracuda Championship is that he has only played in limited events while spending most of his time in the Korn Ferry Tour since 2014. This play should cash easily as McNealy should be in the hunt from the onset of the tournament.

Hagy is comfortable with the Stableford format and has picked up back-to-back top 20 finishes at this event over the last 2 years. We are getting an incredible price here for him to just crack the top 40. He is coming off a 27th place finish at the Barbasol Championship where he carded a 62 on the Friday round.