Best Bets and Prop Bets for Memphis vs Minnesota Game 3 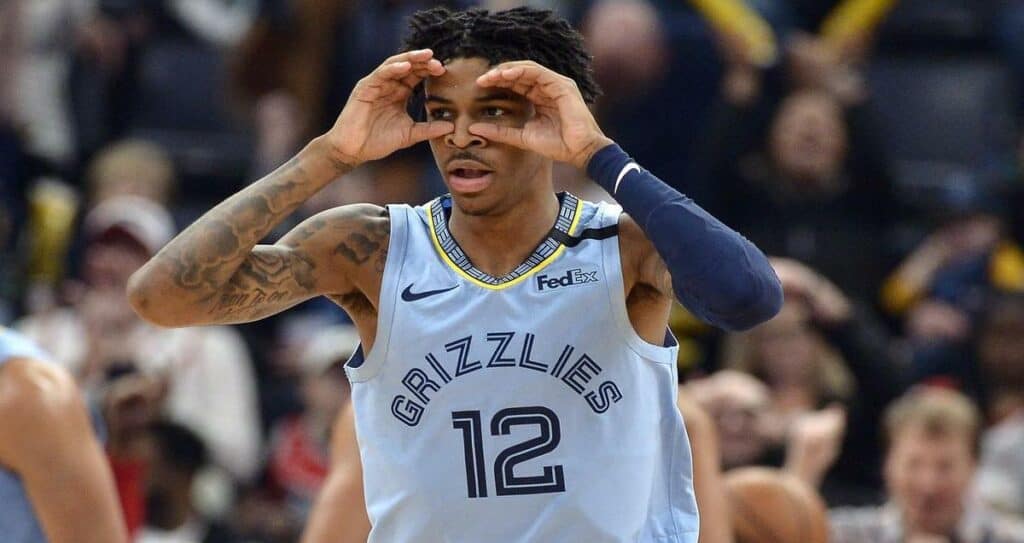 Grizzlies guard Ja Morant is a big reason why Memphis is one of our best bets tonight!
By Mike Noblin on April 21, 2022

With the series all knotted up at 1-1, the Memphis Grizzlies will hit the highway to take on the Minnesota Timberwolves on Thursday evening at 7:30 PM Eastern Time. This critical Game 3 matchup will determine who has the upper hand in the series.

Can Ja Morant continue his hot shooting for the Grizzlies, or will Karl Anthony-Towns lead the T'Wolves to a victory on their home floor as small underdogs? If you're looking for some extra action on this matchup, you've come to the right place. Here are our best bets and prop bets for Memphis vs Minnesota Game 3.

When You Bet $5 on a NBA Playoffs Game

This game opened with Memphis as 2.5-point favorites, but some sharp money has driven the line down to 1.5 at some shops. We are rolling with the Grizzlies on the money line, especially since it's fairly cheap juice at only -120.

Sure, Minnesota is tough at home, but Memphis is equally as tough on the road. In fact, Memphis's road record matched Minnesota's home record during the regular season at 26-15. The Grizzlies have a much deeper roster than the T'Wolves and the Game 1 loss seemed to wake them up a bit.

Though these teams are pretty equal on the offensive end, Memphis is by far the better squad on defense. The Grizzlies rank 4th in defensive efficiency while the T'Wolves rank 13th. Memphis is also much better on the glass.

In the end, we think Morant scores his usual 25-30 points while Jaren Jackson chips in with at least 20 of his own. We also think Steven Adams slows down Anthony-Towns just enough for the Grizzlies to escape with the Game 3 win.

This play is more of a fade against Minnesota's lackluster rebounding ability. The Timberwolves only average 52.4 rebounds per game, which ranks 14th in the league.

Memphis grabs 58.1 boards per game, which leads the league. Bane has played well through the first two games of this series, so we expect him to get enough minutes on the floor to grab 5 or more rebounds tonight! The plus money price makes this one even better!

Russell destroyed Memphis during the regular season by averaging 31 points and 6.8 assists per game against them in 4 meetings. He's come back down to earth a bit in this series and has only gotten 28.5 minutes of playing time per game. With such a limited amount of minutes, that makes it hard to get at least 7 assists.

Minnesota's game plan will revolve around getting the ball to Anthony-Towns down low. That should also limit the number of assist opportunities for Russell in this one. Again, the plus money price makes this one hard to pass up. Good luck tonight with your Game 3 bets!