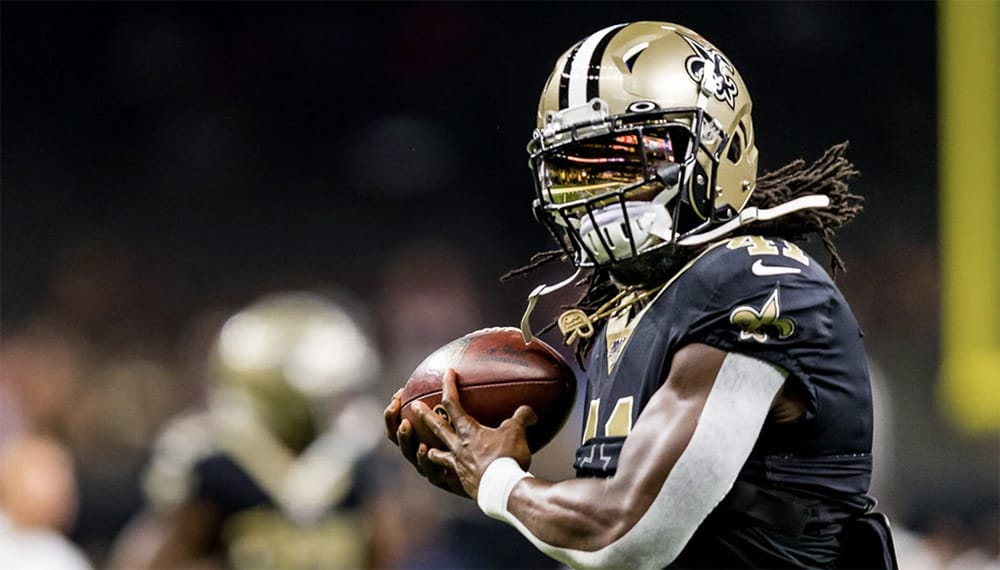 Best Bets and Prop Bet Picks for Saints at Seahawks

October’s final Monday Night Football features the Russel Wilson-less Seattle Seahawks hosting the New Orleans Saints, returning from their bye week. This number moved from Seattle -3 in the preseason to currently being as high as New Orleans -5.

Despite Geno Smith keeping his season debut close against the Pittsburgh Steelers, money has been coming in on the 3-2 Saints, who will play this Monday night matchup on 15 days of rest. Before we jump into our picks for best bets as well as some of our favorite prop bets for Monday night, let's start by taking a look at the best odds available for both sides of this matchup.

Finding the Best Number for Every Monday Night Bet

The look-ahead number for this matchup was Seattle +3. We have seen some books have to move that number to as high as +6 to get action on the Saints, and it has now settled in between 4-5 points across the board. BetMGM Sportsbook has the best Saints number at -4, while Unibet Sportsbook has the best number available for Seahawks bettors at +5.

The total was the bet we thought would have the most action on it in this one, these teams have combined to play 11 of their last 15 games under the total, and with Wilson out, Carroll's run-first mentality could really cost Seattle points in this matchup. That being said, the number opened at 43.5 and is still available at 43 at BetRivers sportsbook at the time of publishing.

Caesars sportsbook is offering any player, new or existing, the chance to bet first TD scorer risk-free. If your bet does not cash, they will give you a $25 free bet to use live in-game!

Additionally, if you sign up using our Caesars bonus code CZR2, you will receive a 100% risk-free bet, up to $5,000. Here is a look at both offers, plus a bonus odds boost (+100) available on Alvin Kamara's rushing total and a Saints win.

Even though this line did move significantly towards New Orleans, we have to take the Saints here laying the points. Our model makes this spread closer to six points with Geno Smith starting and the market has been hovering between 4.5 and 5 points instead. New Orleans’s run defense, superior coaching, and significant rest advantage should all be a factor here, and we also like what we’ve seen from Jameis Winston recently. 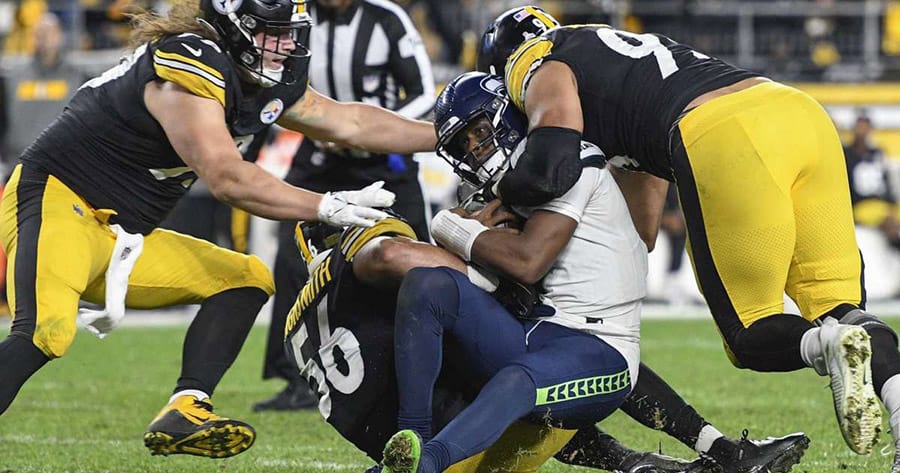 This is a relatively tough game script to predict. Seattle is typically one of the few true home-field advantages left in the NFL, but Jameis Winston actually plays considerably better on the road over the course of his career.

We warned last week about betting on Najee Harris' rushing total against this 30th ranked Seahawks run defense. Seattle has played a brutal schedule against the run and it showed with the front-7 holding Harris to just 3.4 YPC. While we want to target Alvin Kamara running behind a well-rested Saints offensive line, the play here is to look at his total yardage number.

This will be Kamara's second matchup against a bottom 10 rush defense. In the first, he racked up 120 yards against the New York Giants. On the season, Kamara is averaging under 23 receiving yards per game, but this is easily his best matchup to date as a pass-catcher.

In addition to 141 rushing yards per game, Seattle has surrendered 360 receiving yards to opposing running backs this season, which is second-most in the league. Their linebackers have PFF's lowest coverage grade and have no chance against a running back like Kamara. Assuming Payton took the 15-day break to put together a game plan that will feature Kamara heavily, we think he has his best game of the season and sails over 125.5 total yards.

We get that Geno Smith went over this number in Pittsburgh, playing a relatively clean game despite being under constant pressure and getting sacked five times. That Steelers defense is tough, but they aren't on the same level as the Saints.

Through five weeks, New Orleans is surrendering an opponent QB rating of just 71.3, and on the road, that number drops to 62.3. They also have nine interceptions in five games, which is a major factor, because that is going to weigh on the game plan Pete Carroll puts together this week.

We think Seattle comes out way too conservative, and Geno never has a chance to get over 206.5 passing yards, despite the likelihood that the Seahawks are playing from behind in the second half of this matchup.

What to Watch for From the Seahawks on Monday Night

Besides a Week 2 no-show against the Carolina Panthers and a close, unlucky loss to the New York Giants in overtime, the Saints have been playing solid football through the young season showcasing one of the better run defenses of the league. In five games, New Orleans only allowed 3.3 rushing yards per carry to its opponents. The Saints’ solid run D could play a big role in this matchup, as the Seahawks play a significantly more run-heavy style of football this year compared to last season.

With Geno Smith naturally failing to replicate Russel Wilson’s long passing game, we wouldn’t be surprised if Pete Caroll leans on the run even more, despite the Saints being solid at stopping it.

Smith’s inability to throw deep down the field is an issue, especially as this weak Seattle offensive line won’t let him get comfortable. Seattle’s O-line allowed three sacks and six hurries to the Steelers in Week 6.

Seattle should at least get their #2 RB, Rashaad Penny back from the IR this week. Penny has only played one game this year and his services will be more than welcome here, as the team’s top running back; Chris Carson is still on the IR, and RB #3 Alex Collins is also questionable to play on Monday due to a hip injury.

What to Watch for From the Saints on Monday Night

New Orleans’s offense will mostly depend on QB Jameis Winston and RB Alvin Kamara. Winston is currently the 23rd graded QB on PFF for the season but has been playing better lately. The former #1 draft pick did finish three straight games with a rating of 108 or higher and he had 7 total touchdowns and just one interception during this streak. Winston also had his highest yardage in the Saints’ Week 5 victory over Washington with 279.

While New Orleans's top WR, Michael Thomas is eligible to come off the IR this week, according to reports we won't see him for another week or two. The duo of Marquez Callaway and Deonte Harris has been more than serviceable in WR with Alvin Kamara also seeing a fair share of receptions. Kamara is also coming off his best game this season where had had 5 receptions and scored his first touchdown of the season.