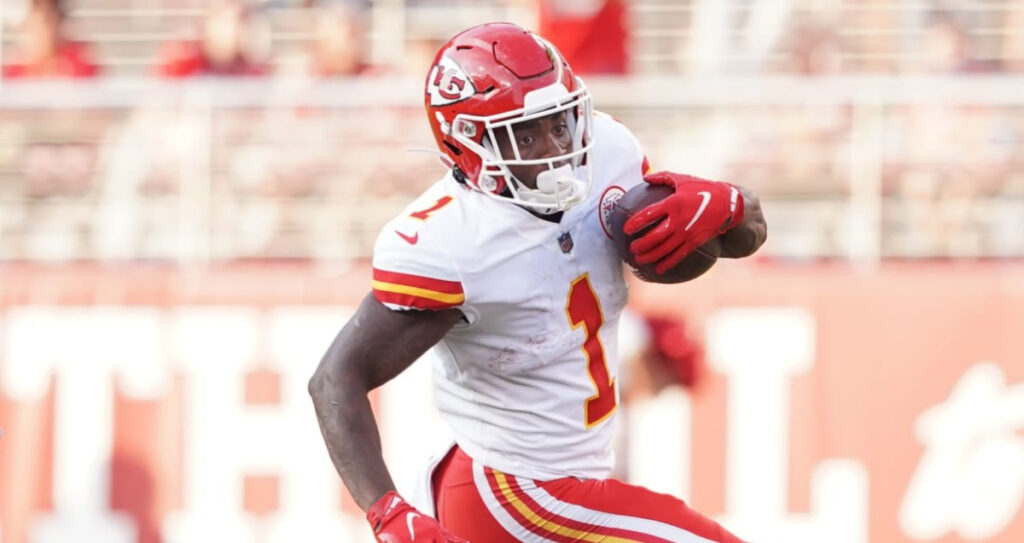 We think the Bengals defense will hold Jerick McKinnon to Under 25.5 rushing yards in the AFC Title Game.

This Sunday's Bengals at Chiefs game will decide who gets a trip to the Super Bowl. Kansas City is always a popular choice among casual sports bettors, but Cincinnati has won the last 3 meetings between these two teams. Will Joe Burrow and company keep this streak alive?

For the Chiefs, all eyes will be on Patrick Mahomes and his injured ankle. According to multiple reports, the former MVP will play, but how well will he be able to move with the high ankle sprain? Kansas City is a one-point home underdog at the time of this writing.

Here are 3 PrizePicks Props for the AFC Title Game. Let's cash some tickets! Best of luck with all your NFL action.

This prop bet is a no-brainer! How can we not bank on Joe Cool to have another monster game? This guy has dominated the Chiefs to the tune of 327.3 passing yards per game in his career.

The season metrics also favor an Over in this spot. Burrow averaged nearly 280 passing yards per game during the regular season. That's probably why PointsBet prices this prop at 280.5, which is 15 yards higher than PrizePicks.

J-Mac's role in the Chiefs' offense has been hampered by the emergence of Isiah Pacheco. For the season, McKinnon only averaged 17.1 rushing yards per game. He's stayed under this rushing yardage total in 15 of 18 games this season!

The Bengals' defense doesn't get a ton of hype, but they do a great job of stopping the run. Cincinnati is 7th in rushing yards allowed and 9th in yards per rush allowed. Even when McKinnon does get a few carries, the sledding is likely to be pretty tough.

We expect Pacheco to once again get the bulk of the carries for Kansas City. McKinnon will play some snaps, but mainly on third-down passing situations. Take the Under!

Joe Mixon is definitely the bell cow of Cincy's offense, but look for Perine to play plenty of snaps in this game. He caught 6 passes for 49 yards against Kansas City back on December 4th. The Bengals may try to stick to that same type of game plan in this one.

The former Oklahoma Sooner has played against the Chiefs 4 times in his career. He's averaging 25.5 receiving yards in those games. We'll ride that trend and play the Over!

Fading Chase in any way, shape, or form surely does seem like a scary proposition. However, the scariest wagers are usually the best ones in our experience. You have to just hold your breath and hit submit!

Chase is one of the best wideouts in the league, but this number is a tad inflated. The former LSU star has only exceeded 7 receptions in 6 of 14 games this season. That tells us we have an above-average chance of cashing this one.