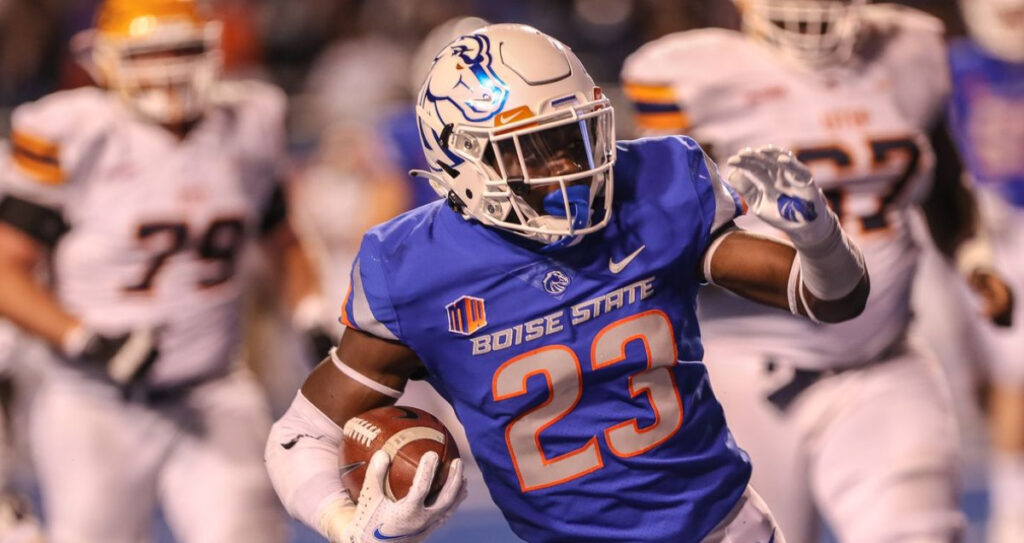 Seyi Oladipo of Boise State broke the hearts of all Utah State +17 backers on Friday!

Is there anything worse than a truly bad beat in sports betting? You go from thinking you've got an automatic winner to trying to figure out how the heck your bet lost! Needless to say, it's incredibly maddening!

Sports bettors tend to remember all of the bad beats and none of the wins where we got unbelievably lucky. Why do you think Scott Van Pelt's Bad Beats segment is so popular on SportsCenter?

If you had any of these bad beats from CFB Week 13 or NFL Week 12, our thoughts and prayers go out to you! These were rough! We know it's called gambling for a reason, but these bad beats were tough to accept for even the most seasoned sports bettors!

Utah State (+17) Goes Down in Flames Against Boise State

I don't even know where to start on this one! I had Utah State +17 and had already mentally marked it off as a win on Friday afternoon. The Aggies had the ball in the red zone and were only down 5 points with only 1:28 left in the game.

Most folks holding a Utah State ticket thought that they'd win the game outright! Boy were we ever wrong! On 4th and 9, Cooper Legas threw a pick at the Boise State 10-yard line.

No big deal, I thought, the Broncos will just hand the ball off to run out the clock and we'll cash our +17 ticket. That's where things got whacky! Taylen Green took a simple handoff but Utah State must've forgotten how to tackle because he scampered 91 yards for a touchdown.

As soon as Green scored that touchdown, the 2012 Belk Bowl flashed into my mind. The Replacements scene where Shane Falco talks about playing in quicksand also danced in my head. I just knew a pick-six was coming and so did a few professional bettors in the industry.

For those that missed it...with 90 seconds left, Utah St had the ball at the Boise St 11-yard line with a chance to win the game outright as a 17-point underdog.

Somehow, they don't cover the spread.

That is the worst beat I've suffered in my career. No exaggeration at all.

Unfortunately, my worries about the pick-six were indeed correct. Legas dropped back on 4th down and 17 and threw the ball right to Seyi Oladipo of Boise State.

The freshman cornerback avoided a couple of tacklers and sprinted to the end zone for a 48-yard interception return for a touchdown. When the Broncos tacked on the extra point, they made the score 42-23, which was 1.5 points more than the point spread!

What was even more maddening about this play? Utah State got the ball back with 26 seconds left and just handed the ball off up the middle to end the game! If you had the Aggies +17 as I did, my condolences go out to you!

Watching the Bucs lose to the Browns like pic.twitter.com/GpriOG3Joz

Bucs Blow Late Lead to Lose in OT to Browns

Here's another bad beat, even though it's not quite as insane as the Utah State one. The Bucs were a 3-point road favorite over the Browns and were up by 7 the majority of the second half.

Unfortunately for Bucs backers (myself included), things got crazy on Cleveland's final drive. Jacoby Brissett hit David Njoku for a 12-yard touchdown on 4th and 12. That play sent the game to OT, where the Browns dominated.

In overtime, Tampa's secondary had a major brain fart on third down and 4 near midfield when they let Amari Cooper once again run wide-open down the sideline. The 45-yard pass play set up Cleveland with first and goal at the 3-yard line with 48 seconds to go. Nick Chubb ended the game with a 3-yard rushing touchdown to deliver a great win for the Browns and a bad beat to all Bucs backers!