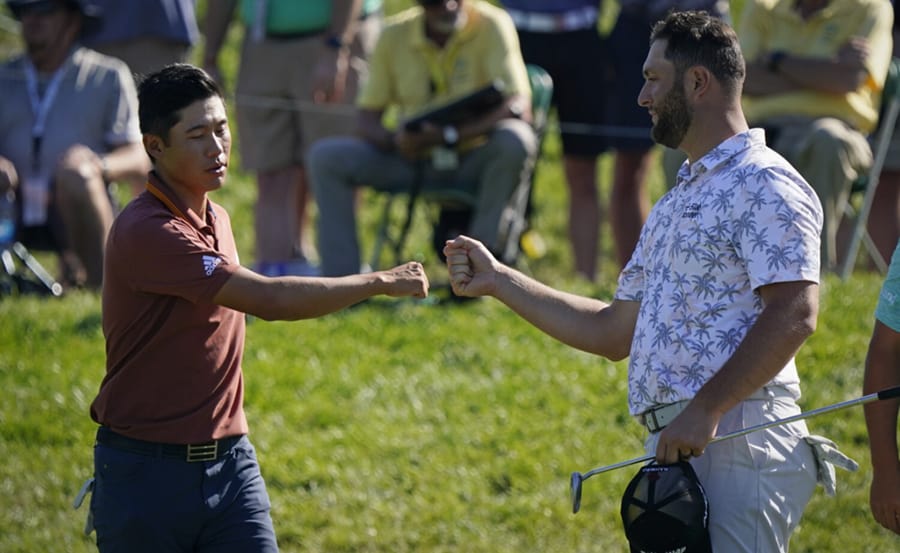 Louis Oosthuizen looked untouchable through the first two rounds of the British Open, his 129 strokes through 36 holes set a new Open Championship record. At +200 there is still some value betting him to win, but his top 5 number is officially untouchable at -345.

All of the odds (updated following round 2) have been provided by TwinSpires.

Morikawa has been our horse throughout the Open Championship and we certainly aren't backing down after his second-round 64. Currently world #1 in two of the four most important statistics for this course, and top 10 in all four, his game is built perfectly for Royal St. George's Golf Club.

Backing him against Corey Conners at -129 was a no-brainer in round 2, but this +350 leader after the third will be a bit tougher as he is spotting Oosthuizen two strokes and only leads Spieth by one.

No golfer has ever won two majors in their debut appearance, can Morikawa become the first? He has hit exactly the same number of greens in regulation as Oosthuizen and has out-putt him through the first two rounds. IF he can start hitting the driver straight he could run away with this tournament Saturday.

Rahm was the favorite heading into the 2021 Open, so getting him at +163 to finish in the top 5 definitely caught our attention. You particularly have to love this number after Rahm shot a 64 in round 2, finishing without a single bogey.

Rahm came into this tournament red hot but struggled out of the gates shooting a +1 on Thursday. Well, he was back to being John Rahm on Friday and currently leads the field in Greens in Regulation... he's hit 94.44%!

We wrote leading up to this tournament that GIR was going to be crucial and Rahm is proving why. He has finished his last 27 holes at par or better. If he can keep that approach accuracy up for another two rounds he should be a lock to finish in the top 5 this weekend.

If you are looking for a golfer to make a run this weekend, give JT a look. He got himself back into contention shooting a -3 in round 2 after finishing the first round +2.

Thomas has not faired well at the Open in his previous four appearances, missing the cut twice and only once finishing in the top 20. However, he has these greens beat averaging a field best 1.39 putts per green despite struggling with his approach shots through the first two rounds.

If Thomas can settle in and repeat some of the things he did well in round 2, he certainly can go low here at St. George's. We think he is worth a look at +450 to get back into the top 10.