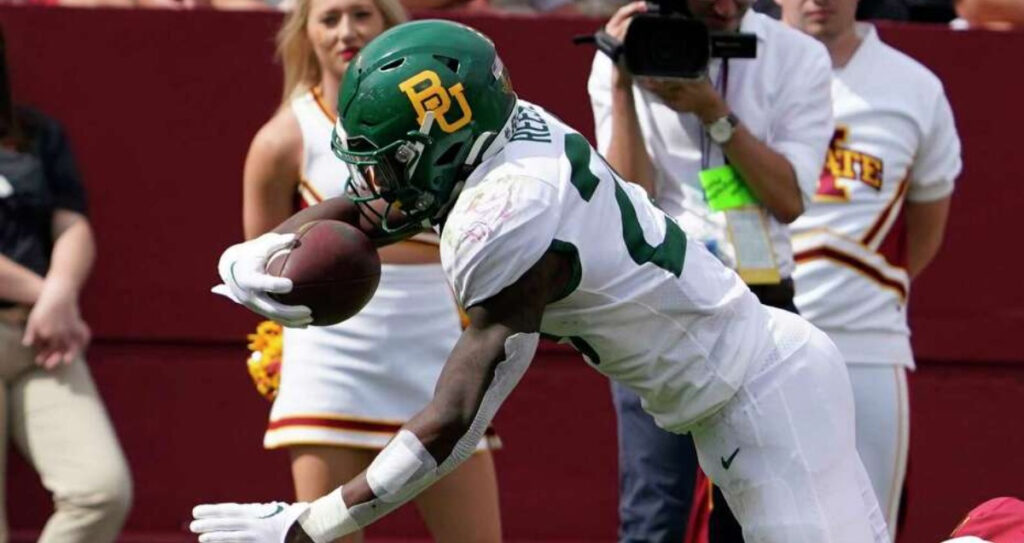 We expect a big game from Richard Reese in the Armed Forces Bowl against Air Force.

The Baylor Bears will take on the Air Force Falcons on Thursday, December 22, in the Armed Forces Bowl. Baylor is currently a 4-point favorite and the total is sitting at a fairly low 43 points. Can Baylor's defense figure out how to stop the dynamic Air Force triple-option?

Ready to make some money with the Armed Forces Bowl? We've got 2 best bets for Baylor vs Air Force to help pad your wallet before Christmas. Best of luck!

The 6-6 Baylor Bears ended the season on the short end of the stick. Losses to Kansas State, TCU, and Texas put a damper on what was a decent season. Granted, 5 of their 6 losses came against ranked opponents.

This doesn’t excuse the losses but does give important context. In their last game, a 38-17 loss at Texas, the Bears took a 27-24 lead with just 13 minutes to go.

Unfortunately, they could not stop the run game of Texas late and allowed 2 unanswered touchdowns. Texas accumulated over 200 yards on the ground and held Baylor to just 280 total yards.

The Falcons finished off their season on a 4-game winning streak that helped their final record become a respectable 9-3. Army and Navy accounted for 2 of their 9 wins and gave the Falcons the Commander-in-Chief’s trophy for the 1st time since 2016.

Their last win of the season came on the road against San Diego State. Brad Roberts led the attack as he went for 187 yards and a score on 35 carries. Defensively, they held the Aztecs to -1 rushing yards!

Baylor has had ample time to prepare for the triple-option attack of the Falcons. It may be a tough ask for the Bears, but Dave Aranda is a defensive-minded coach who will have his team up to the task.

While Air Force has allowed just 13.3 points per game to opponents on the season, they have not played an offense as potent as this Baylor one. The Bears should be able to build a comfortable lead at some point in this game.

Blake Shapen and Richard Reese should provide enough offense for the Bears to win by a comfortable margin in this game. We'll lay the points!

While we believe Baylor is the proper side to be on in this game, and they have the stronger offense, we still believe the under is where this total will fall.

Air Force certainly has the ability to keep the game from becoming too high scoring, and their rushing attack can really bleed the clock. Look for the Falcons to try to win the time of possession in this one in order to stay in the game until late.

Our numbers have this game finishing in the high 30s, so we'll jump on the Under. While it can be scary to play Unders with a total this low, we think it's the only way to play it.