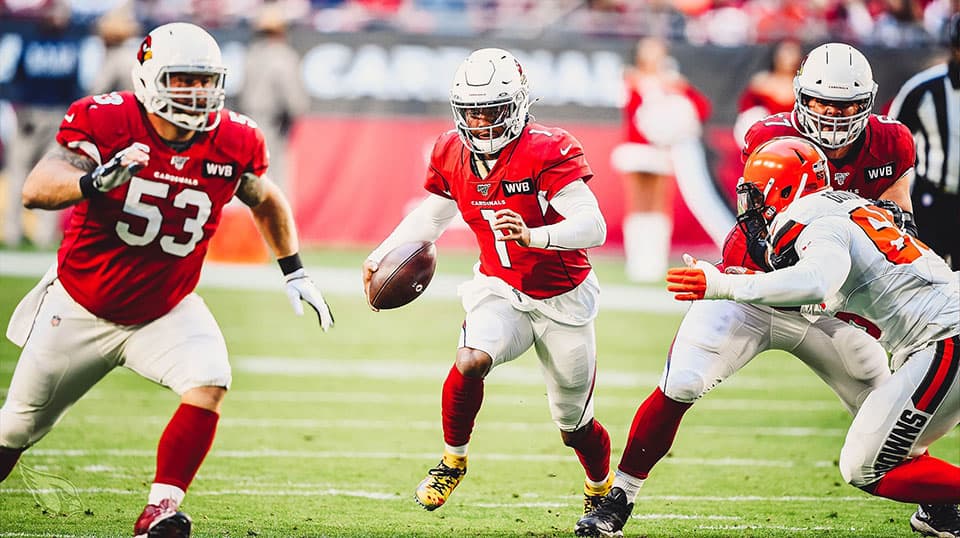 Arizona Releases Guidelines for How SportsBook Licenses will be Awarded

The ADG will issue 20 licenses that include mobile and retails sportsbooks, including 10 each for the state's major league professional teams and its gaming tribes. ADG Director Ted Vogt confirmed that they are looking to wrap up the commenting period soon and once the final format of rules is ready, they will release them publicly, well before the September 9 official launch.

The NFL’s 2021 season is also kicking off on the same day, so future AZ sportsbooks can expect a massive handle through their first weekend of operations.

The list shared by the Arizona Department of Gaming includes 19 guidelines that range from financial stability to track record as a gaming entity. Companies that are physically headquartered or located in Arizona will be preferred by the ADG due to these operators increasing employment in the state.

Mr. Vogt stated that the ADG will use these guidelines to make quick and fair decisions if there are more applicants than available licenses. The department will use the same set of guidelines when selecting applicants that are applying for limited event wagering licenses, as those licensees are also allowed to offer retail sports betting.

There are a total of 22 tribes in the state of Arizona with 16 currently operating different gaming facilities.

Operators Critical of the Guidelines

While the rules that apply to Arizona sports bettors were considered player-friendly, the rules for operators was met with a different reaction. Multiple operators voiced criticism towards the guidelines presented by the Department of Gaming.

Amanda Lomayesva, General Counsel for the Casino Del Sol Resort expressed concerns that some of the listed criteria move away from what was agreed upon during the original negotiations between the ADG and operators.

The Pascua Yaqui Tribe, owners of Casino Del Sol Resort deemed the criteria too subjective, while also adding that they would prefer more of an experience-based grading of applicants. FanDuel’s Andrew Winchell also asked for more clarity in the rules under each category, while the Kindred Group asked for further information on the community contributions aspect of the guidelines.

According to Mr. Vogt, ADG wants to see what these operators have done for the communities in markets they are present and they want to hear what they are planning to do in Arizona. This aspect will be just as important as the operating experience of the sportsbook operators.

HB 2772 on Track to September Launch

The Arizona sports betting legislation bill got signed by Governor Doug Ducey back in April. HB 2772 also legalizes daily fantasy sports and Keno games, while extending the tribal gaming compacts as well. The governor said that the bill represents the most significant changes to tribal-state partnership in decades and called it a win-win-win for both the tribes, the state, and the taxpayers as well.

A legislate fiscal note estimates that operators could generate around $150 million once the market has matured. With a similarly sized Tennessee market generating $62 million during its first four months of sports betting, this forecast seems realistic. Based on the fiscal note, sports betting would generate up to $12 million in taxes for the state per year.

Following the public comment period, the ADG released an updated set of rules that include information on the license fees and tax rates.

Operators will be required to pay 8% tax on retail bets and 10% tax on mobile bets, while the initial license fee has been set at $850,000.

The most important recent update to the draft of rules allows operators to use one sports wagering system while offering two different platforms.

While the set of rules for daily fantasy sports haven’t been released so far, the ADG is already preparing them and they look to release the first draft later this year.

With Arizona being a top 15 state in population and with all of the four major sports represented in the metro area, things are looking good for sports betting in the state, especially with the Cardinals hosting the Super Bowl in 2023.

Operators that already announced partnerships in the state include Bally's Corp, Caesars, DraftKings, and FanDuel. Each of these operators found partners in different major league franchises. Wynnbet also recently announced entering the market through a license acquired through the San Carlos Apache Tribe.