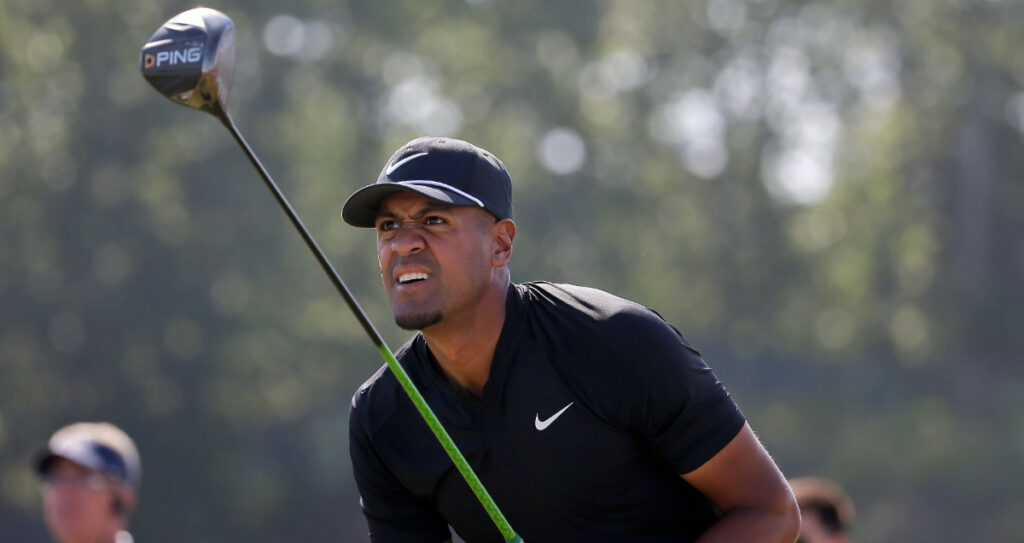 Tony Finau is one of our best prop bets for The Open Championship.
By Bill Christy on July 13, 2022

This year, Will Zalatoris leads both strokes gained categories but is much further down in birdies or better on par 4s. We still like Will to contend but we will be focusing our attention on some players that offer more value in the plays we were able to find below.

Although Keegan had been playing very well in April and through May with a couple of top 10 finishes, he missed the cut last week at the Scottish Open. He has also missed the cut in back-to-back starts at the Open.

Hideki is not just a value play here, but a statistically smart one in our opinion. Matsuyama has only one made cut in the past 4 starts at the Open Championship (2017).

Last year was the 1st start for Hovland at the Open Championship. He kicked off his start with a 2 under opening round. He followed that up with a 1 over 2nd round to make the cut. After a 1 under moving day score, he posted a 66 which was good enough to earn him a 12th place finish.

He is in the top 10 for strokes gained on approach shots this season which is one of the top 3 key stats for this event. We believe he has the ability to get back inside the top 20 this start.

Finau has a game that is evidently been very favorable on tracks similar to the Old Course. He has finished inside the top 30 in his previous 5 starts including 4 top 20s and 2 top 10s. He is currently 9th in strokes gained from tee to green and despite missing the cut at the US Open, he has had a solid run recently.

Finau finished 13th in the Travelers and also scored a runner-up spot in the RBC Canadian Open and tied for 4th previous to that in the Schwab Challenge. We expect Finau to once again be in the hunt this week and at plus money, the safety net of the top 30 feels like the right play.

How good has Webb been over the last 5 Open Championships? He not only made the cut every year but he's also finished inside the top 40 in all 5 starts.