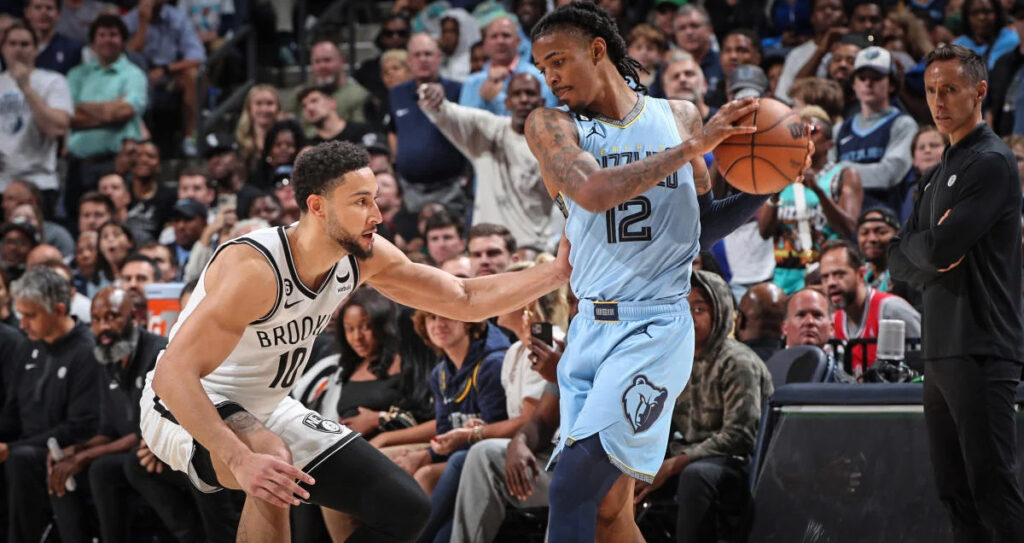 We expect Ja Morant to put up a monster night against the Kings on Thursday.

The four-game Thursday night NBA slate includes an NBA TV doubleheader that will feature the Mavericks at the Nets and the Heat at the Warriors. The other two games on the slate include the Clippers at the Thunder and the Grizzlies at the Kings.

Morant has gone over this number in 3 of his 4 games this season, and this is the most favorable matchup he has had. The Kings are allowing the fourth most PPG to opposing point guards through their first three games. Sacramento is 0-3, allowing opposing teams to score just under 120 PPG.

Ja is currently averaging over 35 PPG, but we love the points + assists number here because he has gone over 7 assists in 3 of his 4 games this season. He is fully capable of going for 10+ assists in what should be an uptempo track meet.

That being said, this Warriors team is allowing a league-worst 124 PPG. However, that damage is not being done by opposing SG and SF, who are scoring under the league average against Golden State.

Huerter has taken 8 or more 3-pointers in all three of his games this season. Tonight, he faces a Memphis team that has really struggled to defend the 3-point line so far this season. The Grizzlies have allowed opposing 2-guards to hit the 5th most 3-pointers in the league.

Huerter is coming off of a rough 1-for-8 showing but should return to form here (he hit 11 of 17 threes in his first 2 games of the season). Despite the poor showing on Sunday, Huerter is still averaging just under 17 PPG on the season. We see him sailing past his points prop tonight.

Adebayo already has 14 turnovers through 4 games this season, and is yet to have a game with under 3 turnovers. On Thursday, he faces a Warriors team that forces the most turnovers in the league at the center position.

Kyrie Irving Under 2.5 Made 3-Pointers

Kyrie has gone without a single made 3-pointer in 2 of his 4 games this season and faces one of (if not the) best 3-point defending teams in the league on Thursday.

Irving is 7-of-32 (22%) from three on the season, a trend we don't see him breaking in his toughest matchup to date. We'll take the under on his 3-pointers made prop and hope Dallas chases him off the line tonight. 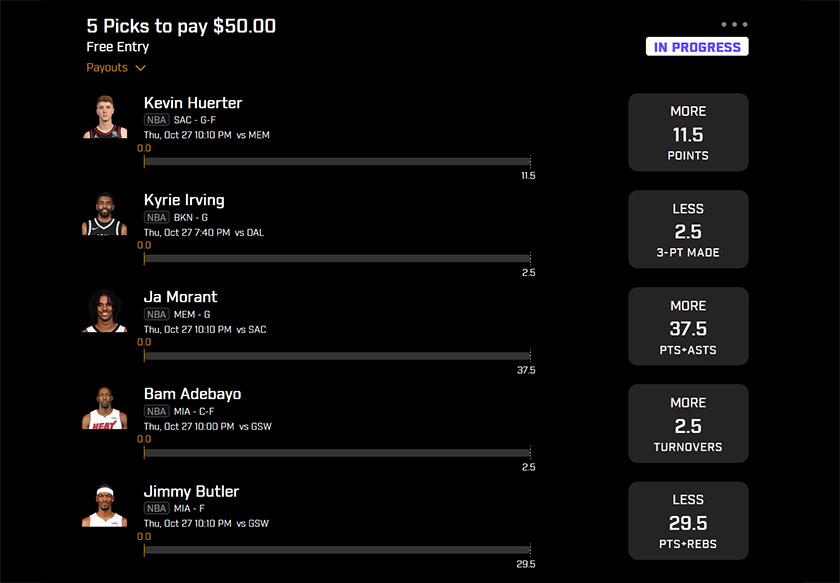