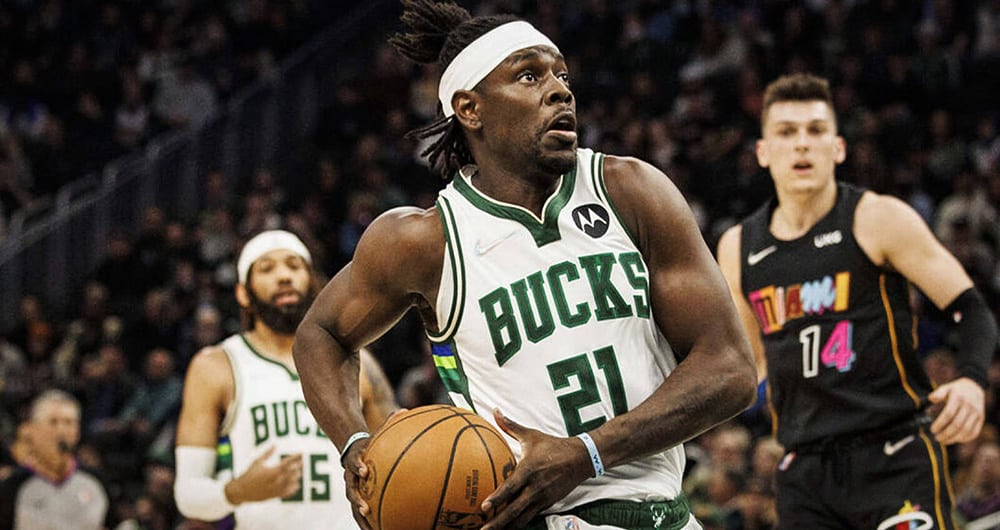 A three-day break between the end of the second round and the start of the Sweet 16 allows a chance to squeeze some NBA action into this week. Tuesday's four-game slate includes a TNT double-header that will feature the Hawks at the Knicks followed by the Clippers at the Nuggets. The other two games in tonight's slate include the Warriors at the Magic and the Bulls at the Bucks.

After scoring 14+ points in five straight games, Huerter managed a combined 6 points against the Grizzlies and Pelicans in his last two outings. This matchup doesn't bode well either, as he has put up double-figures just once in his last 6 games against the Knicks.

New York is holding opposing shooting guards to a league-low 16.4 PPG over their last 7 games, and while the Hawks are likely to get over that number tonight, we expect Bogdan Bogdanovic, who is averaging 17.2 PPG over his last 10, to do the majority of that damage.

Holiday has been more aggressive over the second-half of this season, and has averaged 20 PPG since December. He's topped 18.5 points in 6 of his last 10 games, while shooting 46% from the floor and 41% from 3.

Holiday put up 26 points against the Bulls earlier this month, we think he top 20 again tonight and cashes his 18.5 points prop.

Coffey has made a 3 in just one of his last 4 games and has topped 2 just 5 times in his last 17 games. His minutes have been as inconsistent as his shooting, which could also play to our advantage here. Coffey has played more than 25 minutes in just 9 of the Clippers last 20 games.

The matchup is rough here as well. Coffey faces a Nuggets team that is holding opposing SGs to the second-fewest made 3s per game in the league over their last 30. They are also holding SGs to a league-low 19.59 PPG over that stretch. This should put an under on Coffey's points prop (10.5) in play as well, as he has topped that number just twice in his last 11 games.

I have to admit, 47.5 is a scary number to chase, even with Jokic. It never feels great to bet a points + rebounds + assists prop that a 25/12/10 would fail to cash on. That being said, Jokic is averaging right at 47, and has absolutely crushed this matchup this season.

The Clippers have struggled against the center position all season, allowing the third-most points and seventh-most rebounds to the position. In three meetings against the Clippers this season, Jokic is averaging 32/16/9, sailing by this props with points and rebounds alone.

Jokic has topped 47.5 in 5 of his last 10, and, given the matchup, we think he finds a way over the number again tonight.

Orlando is arguably the worst rebounding team in the NBA and have given up the second-most RPG to opposing bigs over their last 30 games.

The Hawks are a bottom 6 team in the league in opponent turnover %, steals per game, and steals per defensive play. Given the fact that Fournier has gone without a single turnover more often than 2+ over his last 10 games, we think he breaks the streak and gets out of this matchup with Atlanta without a turnover.