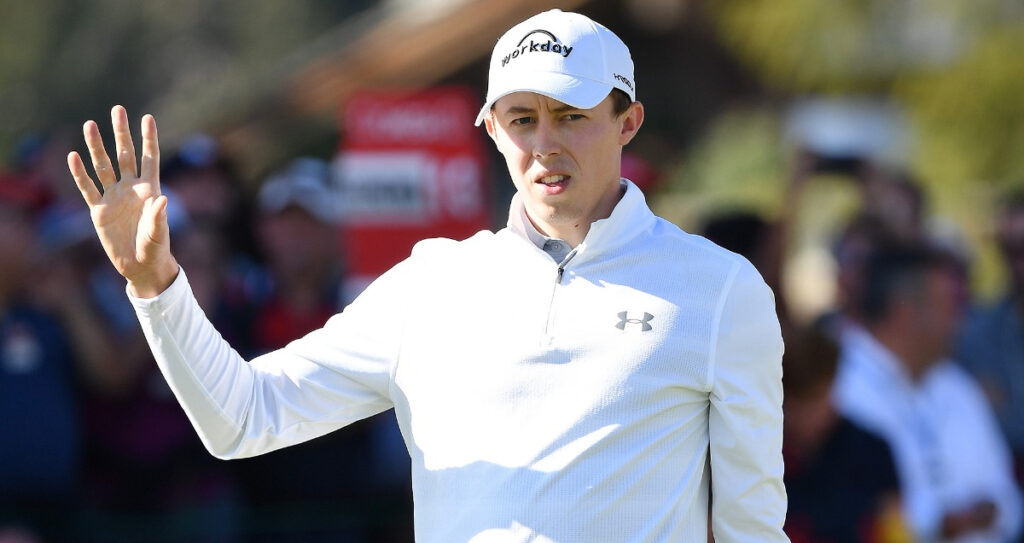 Matthew Fitzpatrick over Justin Thomas is one of our matchup best bets for the 2022 FedEx St. Jude Championship.
By Bill Christy on August 10, 2022

The matchups for the Wyndham Championship last week left us scratching our heads. Both Kevin Kisner and Denny McCarthy looked to be happy to pack it in and go home early as their opponents, Keith Mitchell and Brian Harman, played solidly all weekend.

The losses were countered a good amount by Sungjae Im taking care of business as a +170 ticket and taking care of Shane Lowry and Will Zalatoris. Im fell short of winning the championship as Tom Kim played an incredible front 9 on Sunday and pulled away for the win.

This week the Tour begins the playoffs as they head to TPC Southwind in Memphis, Tennessee for the 2022 FedEx St. Jude Championship. This event had been its own tour event prior but now has become part of the FedEx playoffs.

A good number of players have played at TPC Southwind in prior years and we will certainly take that into account in our process. We do not have a 3-Ball Matchup that we like this week but we have 5 matchup best bets to make up for it.

In 4 of his last 5 starts, Fitz has made the cut in his last 4 and had strong finishes in each. 21st, 10th, 6th, and a win at the US Open are all part of his recent starts. Thomas has been heading in the opposite direction as the season has winded down.

After winning the PGA in dramatic fashion, JT missed the cut at the Charles Schwab but rebounded with a 3rd place finish at the RBC. That was followed by a 37th finish at the US Open and a missed cut at the Scottish Open.

Thomas was extremely mediocre at the Open Championship, finishing 53rd. We like Fitz’s recent form much more than Thomas in this matchup.

Tom Kim has taken the Tour by storm with some incredible play late in the season. He finished 23rd at the US Open, 3rd at the Scottish Open, 7th at the Rocket Mortgage, and he won the Wyndham last weekend. While Kim has been tearing up the links, Matsuyama has faltered immensely.

Despite a 4th place finish at the US Open, Matsuyama has not seemed to be the player we have come to know over the last number of years. He missed the cut at the Scottish Open, shot a 4 over on Friday of the Open to finish 68th, and then withdrew after a 6 over opening round at the 3M Open. Kim has all the momentum here and we are going to ride it.

Woodland also ranks outside the top 100 in greens in regulation and bogey avoidance. Both of those stats are part of the top 4 important stats for us in this tournament. Strokes gained on approach and ball striking are the other 2.

Hadwin, on the other hand, is in the top 50 in all of those statistical categories with the exception of strokes gained on approach where he is 51st. He has only played here in 2020 but his recent form is stronger than Woodland. All in all, this is a fade of Woodland more than it is a play on Hadwin.

Speaking of fades, we are on the fade train here again but this time on one of our plays from last week. Si-Woo Kim ended up withdrawing after a good start last weekend and while that is a concern in itself, his course history and stats are even more alarming. He missed the cut in 2016 and finished 65th last year.

Kim does not rank inside the top 70 in any category and is outside the top 100 in approach and greens in regulation. Keith Mitchell is the opposite of Kim in all of the aforementioned stats with the exception of approaches where he is just slightly behind. Mitchell has a 6th and 7th finish in his last 5 starts and has not finished worse than 39th here at TPC Southwind.

Ah, another familiar name from last week that we were on the wrong side of in Kevin Kisner. Kis has missed the cut now in 3 of his last 5 starts and has seen his strokes gained on approach ranking balloon to 161st. He has played decent on this track with finishes of 27th and 25th in 2019 and 2020.

Chez actually tied Kis in 2019 with a 27th-place finish as well, but in 2020 he grabbed 6th to go along with the same finish in 2018. Tack on a 4th place finish in 2017 and you have a solid course resume from Reavie here. He has only missed the cut once in his last 5 starts and should be able to play well enough to finish better than the floundering Kisner.