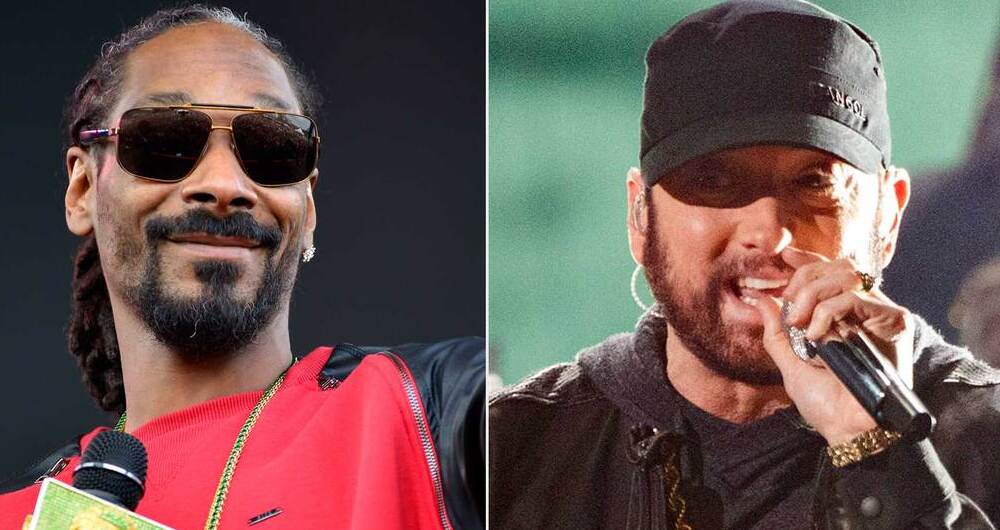 Well, fellow sports betting degenerates, we have finally made it to one of our favorite times of the year, The Super Bowl! Super Bowl 56 could turn out to be a fantastic game, as the Rams are only favored over the Bengals by 4.5 points at the time of this writing.

Did you know that most online sportsbooks are offering hundreds of crazy prop bets? Some of these props are incredibly fun to bet on! Here are our Top 5 crazy prop bets for Super Bowl 56.

Holy juice Batman! While we normally shy away from anything over -150 odds, we’ll gladly make an exception in this case. Our reasoning, though it may seem too simplistic, comes down to math.

There are five performers (Snoop Dogg, Dr. Dre, Eminem, Kendrick Lamar, and Mary J. Blige) in the Super Bowl 56 halftime show. We have to assume that each performer is going to get to sing two songs. If that happens to be the case, there will be a total of 10 songs performed.

Keep in mind that in most halftime shows, artists rarely sing songs in their entirety. Most of the time, each artist will perform quick renditions of their best hits. As crazy as it sounds, we think there’s value in this prop at anything under -400.

No, this is not a joke! It’s a real bet (LOL)! We all know how Snoop Dogg has a serious passion for the wacky weed. It’s one of Snoop’s trademarks and he’s even admitted to smoking around 81 blunts a day! Now that’s some serious dedication!

It wouldn’t surprise us if Snoop lights up a big ole blunt at some point during his halftime performance. Snoop had no problem smoking on stage just before the Mike Tyson vs. Roy Jones Jr. boxing match a little over a year ago. He’s also been spotted at several of his concerts smoking marijuana over the years.

If we were making this line, we’d put Snoop Dogg’s smoking odds at around +140 or so. As crazy as it may sound, we think there’s enough value to pull the trigger on our first-ever smoking bet! Come on Snoop! Give the people what they want!

Best Eminem Prop Bet: Will Any Part of Eminem’s Performance Be Censored? Yes (-175)

This one just looks too easy! Does Eminem even have a song that doesn’t have a massive truckload of cuss words? All we need is one good bleep to cash this ticket!

As with all our bets, we have to back up our wager with some serious statistical data. Detailed studies have confirmed that on two of Eminem’s most famous albums (Encore and Relapse) he cusses 2.7 times per minute!

You can easily see why we think there’s value in this bet! In our estimation, anything under -250 is a bargain!

Country music artist Mickey Guyton will be singing the national anthem for Super Bowl 56. We think the 4-time Grammy Award nominee will do a phenomenal job. We also think that there’s no way the 38-year old finishes this song in under 95 seconds!

Since the stat has been tracked, the length of the national anthem has averaged 112 seconds. Over the last 9 Super Bowls, the average has been even longer at 127 seconds. Both of these trends point to Guyton taking longer than 95 seconds to complete the national anthem.

Recent history says that the sharp play here is on the Over. We’ll play it that way since this number looks to be about 15 seconds too low!

Our last crazy prop bet isn’t too crazy all, but we think it has so much value that we have to include it. History says that the Super Bowl MVP award almost always goes to the quarterback of the winning team. We see history repeating itself in this game.

Here’s why we think there’s value with Stafford, even though he’s the odds on favorite at all online sportsbooks. Quarterbacks have won the Super Bowl MVP an astounding 31 times, while wide receivers and running backs have only won the award seven times apiece. Like it or not, the Super Bowl MVP award is a quarterback award.

If you think the Rams are going to win this game, this bet on Stafford makes a lot of sense. Los Angeles has a moneyline price of around -200 or so. We’d much rather take Stafford to win MVP at +120 than the Rams to win straight up at -200!

Stafford is coming off one of his best-ever seasons as a pro quarterback. The former Georgia standout tied his career highs in both touchdown passes (41) and completion percentage (67.2). We expect Stafford to lead the Rams to a Super Bowl 56 win while taking home the MVP award.