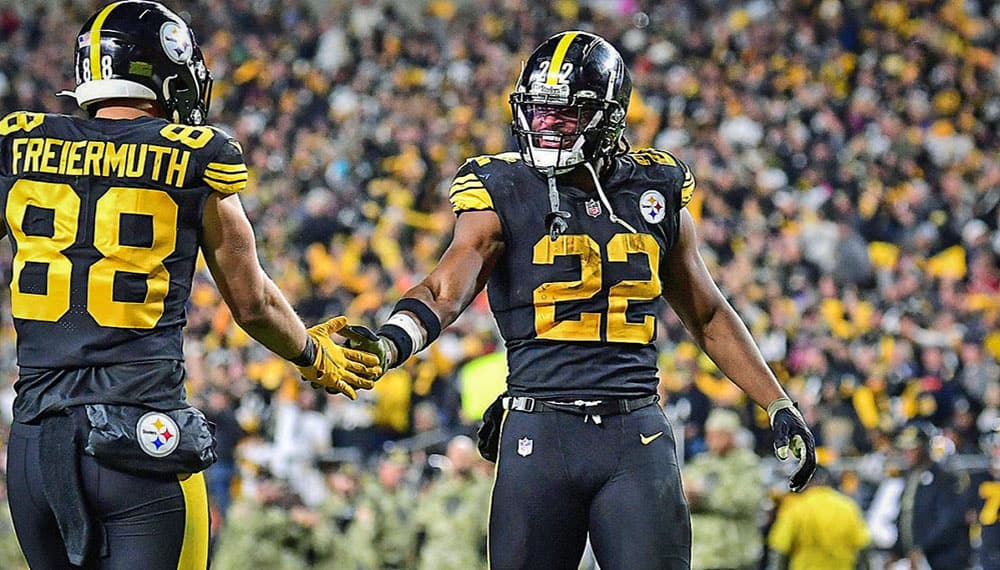 Our NFL Prop Bets went a disappointing 2-3 last week after going 4-1 in Week 12. We’ll try to get back in the win column this week with five prop bets that we think have plenty of value.

All of these lines are from TwinSpires Sportsbook, which is a great place to bet if it’s available in your area. You may want more NFL action this week since there is only one college football game. If that’s the case, check out our NFL Best Bets for Week 14.

We have talked at length about how the Baltimore Ravens have struggled to defend the pass this year. The Ravens give up 7.5 yards per pass, which ranks 30th in the NFL. They also rank next to last in passing yards allowed per game (272.4).

Mayfield threw for 247 yards against this defense just a couple of weeks ago. There’s no reason he can’t rack up at least that amount this week, especially since the Browns are well-rested coming off their bye week.

The Ravens have one of the best rush defenses in the league so if the Browns want to win this game, they’ll have to let Mayfield throw the ball quite a bit. This should help our bet on the over.

Another reason we love this prop is the poor health of the Baltimore secondary. John Harbaugh even said in his press conference that the main reason he went for a two-point conversion against the Steelers last week was that he had no corners left for an overtime period.

The news got even worse for the Ravens this week when they found out that Marlon Humphrey would be out for the rest of the season with a pectoral injury. That’s a huge loss that Mayfield should be able to exploit.

We envision a big day for Mayfield and this Browns offense. Look for Mayfield to easily exceed this rather low passing yardage total. Take the Over!

We cashed a prop last week with Harris’s receptions to go over so we’ll go back to the well with him this week. The Minnesota Vikings’ front seven does a great job of rushing the passer but they are terrible at stopping the run.

The Vikings give up 131.5 rushing yards per game (29th) and 4.7 yards per rush (31st). The Steelers give Harris an average of 18 rushing attempts per game. All the former Alabama star has to do is average 4 yards per carry and he’ll sail past this rushing yardage total.

We could easily see Harris having a big game and running for well over 100 yards in this Thursday Night game. There is simply too much value here to pass up.

Yes, we know this is a ton of juice! However, we still think there’s value in this prop. The Chiefs gashed this Raiders defense for 41 points back in mid-November.

Kansas City’s offense hasn’t been as dominant this season but they still have tons of weapons all over the place. We seriously doubt this Las Vegas defense will be able to hold the Chiefs to less than three TDs in this game.

When we dug into the stats, we found that the Raiders rank dead last in red-zone TD percentage. Once their opponents get inside the 20-yard line, the Raiders give up a TD a robust 77.42% of the time. We’ll happily drink the juice and trust Butker to make all his extra-point attempts.

We like Leonard Fournette, especially when “Playoff Lenny” shows up. However, now that Rob Gronkowski is back in action, we don’t see Tom Brady dumping the ball off to Fournette nearly as often.

The former LSU star is averaging 33.5 receiving yards per game this season. Keep in mind though that a lot of those yards were when Gronk was on the shelf.

We see Brady spreading the ball around to Gronk, Chris Godwin, and Mike Evans in this game. That should mean fewer touches for Fournette in the passing game, which makes this under attractive to us.

Another reason to like this prop is the Buffalo defense. The Bills rank 1st in both yards per pass allowed (5.3) and passing yards allowed per game (165.3).

We get it. Betting on this potent Bucs offense to go under in anything is a bit scary. However, we think the under is the right play as far as Fournette’s receiving yards are concerned.

We love the plus money on this Andrews prop. Though he’s only caught four passes in each of the last two games, the Ravens always seem to give Andrews plenty of targets. Baltimore has targeted Andrews 29 times over the last three games.

The Browns have a very good rush defense so expect the Ravens to dial up plenty of passing plays in this game. This should mean lots of opportunities for Mark Andrews.

When we dig into the metrics a bit further, we see that the Ravens’ big tight end is averaging 5.3 receptions per game this season. Andrews normally gets around 8 targets per game so hopefully, Lamar Jackson can hook up with him on at least 5 of those.