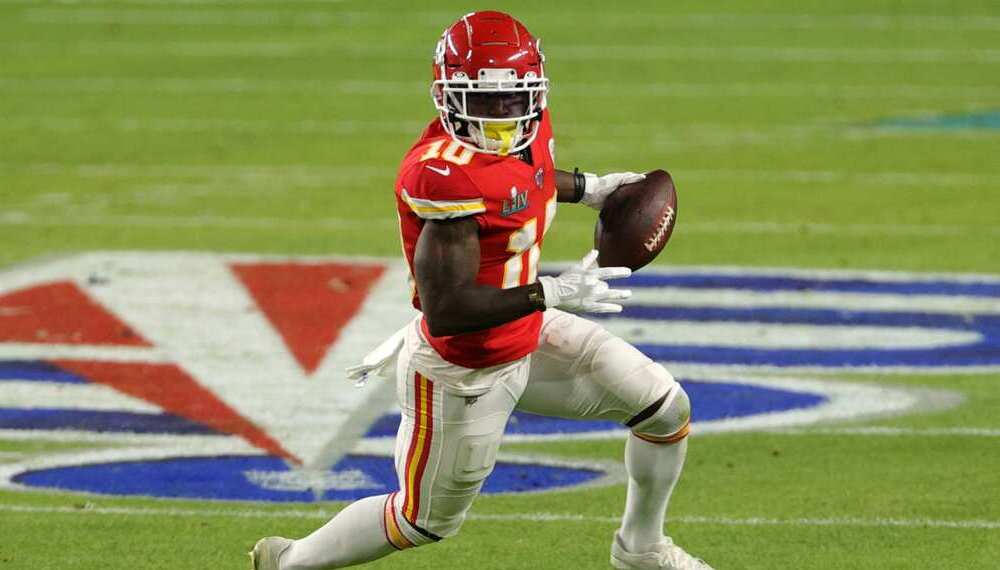 The AFC Championship Game kicks off at 3:00 PM Eastern on Sunday with the Cincinnati Bengals traveling to Arrowhead Stadium to take on the Kansas City Chiefs. These two teams met back on January 2, with the Bengals pulling off the outright upset as home underdogs.

Will the Bengals continue their miracle season, or will the Chiefs punch their ticket to a third straight Super Bowl? If you’re not sure about which side or total to take, consider attacking this game from a props point of view. Here are the five best player prop bets for the Bengals at Chiefs matchup.

Call this a square play if you want, but when we see Mahomes’ passing yardage posted at any number under 300, it’s almost an automatic bet. Did you see how Mahomes just carved up an immensely talented Bills secondary? That performance came off the heels of him throwing for over 400 yards against the Steelers!

Mahomes has only played the Bengals twice in his career, but he’s had a fair amount of success against them. The former Texas Tech Red Raider has averaged 309 passing yards per game against Cincinnati in those two games. That points to some value in the Over.

When we break down the matchup in this game, it also points to Mahomes exceeding this passing yardage total. The Bengals' main defensive strength is against the run, as they only give up 104.5 rushing yards per game (8th). Chiefs head coach Andy Reid knows that the best way to attack this Cincy defense is through the air.

The Bengals secondary has given up an average of 248.3 passing yards per game, which ranks 26th in the league. We expect the Cincinnati defensive backs to have a difficult time covering all the Kansas City speed demons at wide receiver.

Another reason to like this prop is because of the point total, which is currently sitting at 54.5 points. A total that high usually correlates with lots of passing yards from both quarterbacks. Take the Over!

Boyd may not have the flash and sizzle that his teammate Ja’Marr Chase has, but he’s still a productive wide receiver in his own right. The 27-year old isn’t in great current form, as he’s only had 79 receiving yards over his last three games. However, we see this as the perfect opportunity to buy Boyd while his stock is a little on the cheap side.

Boyd has had a decent season and he’s averaged 51.8 receiving yards per game. That stat alone tells us that this yardage total of 37.5 is about 14 yards too short.

Another reason to like Boyd to have a good performance is the Chiefs’ secondary. This unit has played better of late but their yearly numbers are still on the ugly side. Kansas City ranks 26th in yards per pass allowed and 27th in passing yards per game allowed.

Also, don’t forget that the Chiefs’ best defensive back (Tyrann Mathieu) is in concussion protocol. Mathieu is currently listed as questionable. All signs point to Boyd racking up at least 60 receiving yards in this game so take the Over.

We cashed an easy ticket last Sunday with Hill’s number of receptions. Let’s go back to the well with the six-time Pro Bowler again this week. Hill had a phenomenal game against the Bills and he put to rest any concerns about his injured heel.

If we go by the season-long stats, this number is a little bit inflated. Hill only averaged 72.9 yards per game during the regular season. Keep in mind though that this is the playoffs and Reid will make sure that his speedy wideout gets plenty of targets.

The Bengals defense did a great job of containing Hill during their Week 17 meeting. However, that is unlikely to happen again. Like we talked about above, this Cincy secondary isn’t exactly an elite bunch.

When Hill was targeted at least 10 times during a game this season, he went over 76.5 receiving yards 7 out of 11 times. Jump on this Over early, as the number should only go up!

Mixon finally had the breakout season that Bengals fans have been waiting for since he was drafted back in 2017. The former Oklahoma Sooner rushed for 1,205 yards and 13 touchdowns this season on his way to his first-ever Pro Bowl selection.

We envision Mixon doing a fair bit of damage against this Chiefs rush defense. Kansas City gives up 4.7 yards per rush, which ranks 30th in the league. This unit also gives up 113.9 rushing yards per game (19th).

Bengals offensive coordinator Brian Callahan has to start calling more running plays to take some pressure off of Joe Burrow, who was sacked 9 times last week against Tennessee. Chiefs defensive coordinator Steve Spagnulo loves to blitz and he’ll do so quite a bit in this game.

We think Mixon should be able to break off some long runs against this overaggressive Chiefs defense, possibly on some delayed draw plays. Take the Over!

We have to keep picking an anytime TD prop since it has become such a fun tradition! Chase hasn’t found the end zone over his last three games, so we think he’s due for one or two touchdowns in this game.

The chemistry that Burrow has with Chase is a huge asset to this Bengals team. Look for Burrow to throw the ball Chase’s way quite a bit in this game, even if he is double covered! Best of luck with all your AFC Championship Game Player Prop Bets!

Same game parlays are insanely popular amongst bettors right now because they let you hammer one side of a game if you think you have a good read on a matchup. We love the Chiefs passing game today and think this one could get away from the young Bengals early on. With this in mind, this four-leg same game parlay could play out if that ends up being the game script here.

Chiefs Spread (-7) - We like Kansas City in this one. The Bengals have outperformed expectations in these playoffs, but we doubt the defense can hold up in Arrowhead, against a KC offense that just put up 552 yards against the best defense in the NFL.

Mahomes Over 300 Passing Yards - Mahomes has averaged 391 passing yards over the Chiefs' first two playoff games. The Bengals have holes in their secondary that he should be able to exploit, and the explosiveness of the Cinci passing attack should force the Chiefs to keep the pedal on the gas.

Burrow Over 275 Passing Yards - If the Bengals get down early, it will be on Burrow to try to keep them in this one. Kansas City allowed a 136 QB rating to Josh Allen last week, so if the attempts are there for Burrow, the yards should be as well.

Kelce Over 76.5 Receiving Yards -The Chiefs' tight end is averaging 104 YPG in these playoffs and should feast against the Bengals today. Cincinnati gave up the fifth-most receiving yards to opposing tight ends this season but did hold Kelce to just 25 yards on 5 receptions in their first meeting. We are willing to bet Kelce has the last laugh in the AFC Championship game and sails past his 76.5 yard receiving prop.