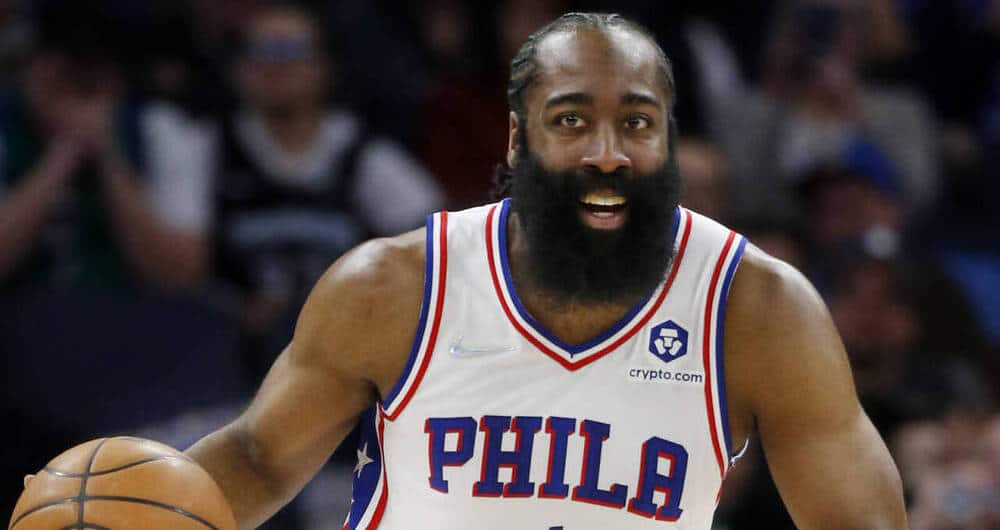 After a relatively quiet 4 game slate on Tuesday, tonight's NBA slate includes 11 games and some marquee matchups. The ESPN doubleheader should make for some entertaining basketball as it kicks off with the Nets at the Grizzlies followed by the 76ers at the Lakers. Here are our 5 best NBA player prop bets for Wednesday, March 23.

Carter has been extremely active on the boards lately and has put up double-digit rebounds in 10 of his last 13 games. He should enter this matchup with plenty of confidence, as he put up 30 points and 16 rebounds against the Thunder on Sunday.

The performance should not have been too big of a surprise given the matchup. Oklahoma City is the league's worst rebounding team, allowing the most RPG to opposing centers (17.75) and power forwards (11.75).

While this prop is juiced heavily to the over, Carter may make for a nice same game parlay, which would allow you to improve the juice by moving the number to 11.5.

Brunson is in the midst of his most productive NBA season by averaging career-highs in points, assists, and rebounds. The former Villanova superstar should have an easy time finding the basket against a Rockets defense that gives up 118.2 points per game.

Since Luka Doncic has been ruled out for this game with an ankle injury, Brunson should be able to get four or five open looks from three-point land. If Brunson can knock down two or three of those shots from beyond the arc, he should have no trouble eclipsing this point total.

With Theo Pinson and Davis Bertans also out with injuries tonight, look for Bruson to get even more playing time than normal. For the season, Brunson is averaging 32 minutes played per game. It wouldn't surprise us if Brunson plays the entire 48 minutes and ends up with around 25 points or so tonight.

You just knew we had to throw an Under in here at some point. Harden has done a fine job of distributing the basketball since he came over to the Sixers in a trade with the Nets. However, our numbers have Harden topping out at 8 assists tonight against the Lakers.

Through 55 games this season, Harden has had 11 or more assists in 27 of them. "The Beard" was inactive against the Heat on Monday, so we have to wonder just how many minutes he'll get tonight against the Lake Show. Head coach Doc Rivers said that he simply wanted to give Harden's hamstring some rest on Monday.

This is a game where we could see Joel Embiid dominating down low and giving the Sixers a double-digit lead. If that happens, look for Rivers to limit Harden's minutes. Take the Under!

Mitchell has matured into one of the game's premier scoring guards so it hurts to fade him. However, we think the former Louisville standout could have some trouble scoring tonight against this stingy Boston Celtics defense.

Boston ranks 1st in points per game allowed (103.8) and shooting percentage allowed (43.1%). We expect Jayson Tatum and Marcus Smart to do a good job of limiting Mitchell's open looks at the basket in this game.

On the season, Mitchell is averaging 26 points per game. That tells us that this number is slightly inflated. Through 59 games, Mitchell has stayed Under this point total on 33 occasions.

Cameron Payne OVER 1.5 Three-Pointers Made

Payne has gradually become one of the Phoenix Suns' best bench players. The former Murray State star is getting about 22 minutes of playing time per game and he's making the most of it by averaging a career-high 11.2 points per game.

Suns starting point guard Chris Paul has been ruled out of this game due to a thumb injury. While this is bad news for Suns fans, it makes us love this bet even more because Payne should see plenty of playing time.

Payne has also been in good current form from behind the three-point line. He's hit at least (2) three-pointers in six of his last eight ball games. This should be an easy Over! Best of luck with all your Wednesday NBA action!