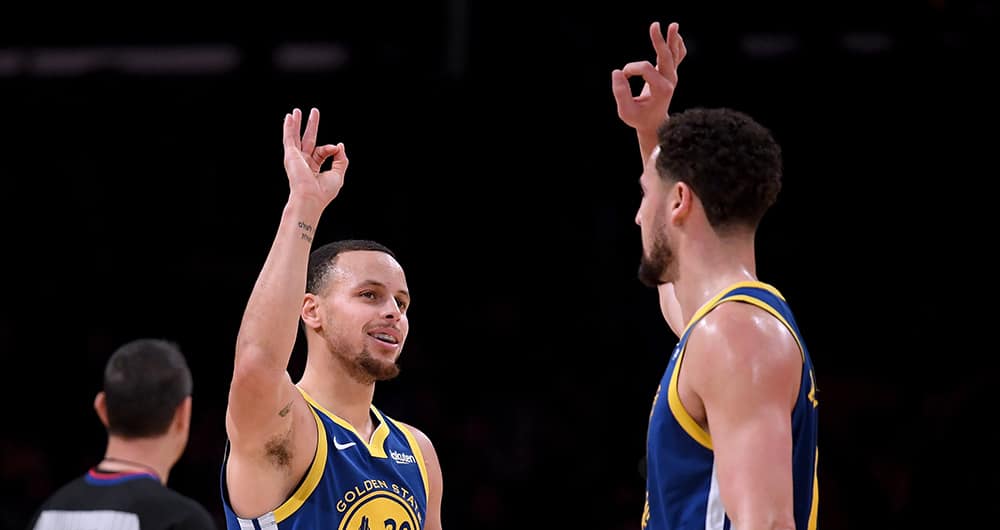 After somewhat of a light Tuesday slate, the NBA has 11 games on tap for Wednesday. Hardcore hoops fans will especially be interested in the two ESPN games. The Brooklyn Nets will take on the New York Knicks at 7:30 PM Eastern while the Utah Jazz will face the Los Angeles Lakers in the 10:00 PM tilt.

With such a jam-packed docket of NBA games, we were able to find plenty of value on several different props. Here are 5 of the best NBA player prop bets for Wednesday, February 16. To help save you some time, we have included where you can find the best available odds on each wager.

Seth went off in his Brooklyn Nets debut, scoring 23 points on only 18 shots. This was the most points he has scored over his last 10 games. However, this scoring outburst was against a weak Kings defense that allows the 3rd most points per game.

Tonight, Curry faces the Knicks, who are the 8th best in the league in opponent points per game. I believe Curry will come back down to earth tonight in the Garden. This should be a classic case of regression to the mean so I'll take the Under!

Since joining the Pacers, Haliburton has averaged 2.7 steals per game. He seems to be embracing the expanded role on his new team and his stat lines are benefiting. Tonight, he faces the Wizards, who allow 7.4 steals per game, which is the 10th highest in the NBA.

I expect Haliburton to be as active as he always is on defense. There's no reason he can't get 2-3 steals tonight against Washington.

Klay Thompson OVER 2.5 Made 3s

Klay is averaging 3 made threes per game over his last 10 games. He had 2 games in which he made only 1 or no threes during this stretch. His following games resulted in 3 and 7 made threes.

In his last game against the Clippers, Thompson was just 1 of 5 from deep. However, tonight Thompson faces the Nuggets who give up the 9th most threes per game at 11.7. This sure looks like an easy Over!

Booker has only gone over 1 turnover in 5 of his last 10 games. One of those games was against Minnesota, who is leading the league in forcing turnovers at 16.5 per game.

The Suns are 15-point favorites tonight and, as always, this could lead to limited playing time and fewer chances for turnovers. I like the plus money we get on this one and look for a blowout come the 3rd quarter.

Steph has been on fire of late, as he's averaging 30ppg over his last 3 games. In his last meeting with the Nuggets, he led all scorers with 23 points, which was one more than Joker’s 22.

Curry's splits are better at home than on the road, which gives me a bit more confidence in him tonight. Let’s root for Steph to continue his hot scoring and get us this W of the plus money variety.