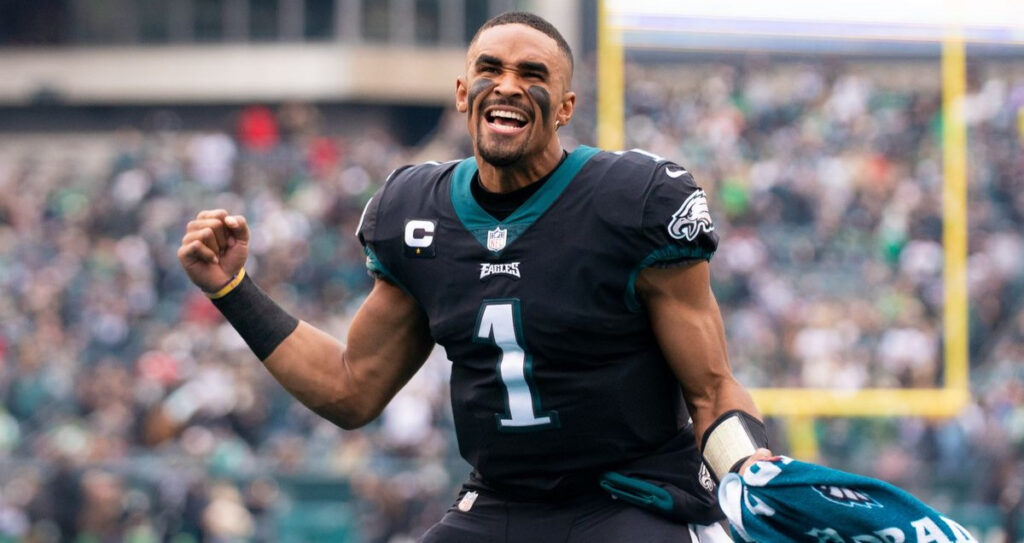 One of our favorite PrizePicks props for the NFC Title Game is for Jalen Hurts to go over 233.5 passing yards.

And then there were 4! San Fran will meet Philly on Sunday, January 29, with a trip to the Super Bowl on the line! The 49ers and Eagles haven't met since 2021, when the boys from Frisco came out on top with a 17-11 road victory.

Who will come away victorious and punch their ticket to Glendale? We aren't sure, but we do have some player prop bets that we feel good about. Get our 3 PrizePicks props for the NFC Title Game right here!

Our props went 3-1 last Saturday, so we'll look to keep stacking up the wins. Enjoy the game, and good luck with all your plays.

Hurts only threw for 154 yards last week, but we won't let that stop us from taking the Over this week. Philly was able to build a huge lead against New York early on and just decided to pound the rock after that. We highly doubt that this contest will be a blowout in either direction, so the Eagles will have no choice but to mix some passing plays in the entire game.

Not only is the game script likely to be in our favor, but there's just a ton of overall value in this number at PrizePicks. DraftKings and Caesars both price this prop quite a bit higher at 247.5. We think that's more of where this line should be.

We've racked up quite a few wins by relying on this San Francisco rush defense and will do the same again here. Sanders has proven that he's a legitimate featured back, but he's yet to face a defensive line of this caliber.

The Niners rank 2nd in both yards per rush allowed and rushing yards per game allowed. Guys like Nick Bosa and Arik Armstead seem to live in the opponent's backfield, so Sanders may not have very much running room in this game.

The former Penn State star has had a terrific season, but he's struggled a little bit over his last 5 games by only averaging 58.2 rushing yards. Maybe that's why 3 major US sportsbooks price this prop 3 yards lower. Caesars is even juicing the Under at -147 at the time of this writing.

This one's a little bit scary because of Philly's incredibly stingy pass defense. That being said, Kittle has really come on of late and has become newcomer Brock Purdy's favorite target. Our projections tell us that this number should be lined at 4.5 instead of 3.5, so we're going with the Over.

As good as the Eagles secondary is, Kittle is a nightmare to defend. We think Purdy calls his number early and often in this game. Kittle is averaging 4 receptions per game this season and has gone over this number of receptions in 11 of 17 games.

Kittle has also done remarkably well against Philadelphia in his career. He's played 3 games against the Eagles and is averaging 7 catches per game. We think Kittle easily grabs 4 receptions or more in this one!

The numbers have definitely moved in our direction in our other 3 picks. Because of that, we've decided to throw in a bonus bet to further sweeten the pot.

"Smitty" has once again put together a solid season. The former Alabama star has benefited from defenses trying to stop both him and newcomer AJ Brown. All that said, we're thinking that Smith has a less-than-stellar performance against this 49ers defense.

San Fran's secondary doesn't get as much hype as their d-line, but it's still a pretty good group. Our numbers have the Niners limiting Smith to less than 60 receiving yards. Take the Under!