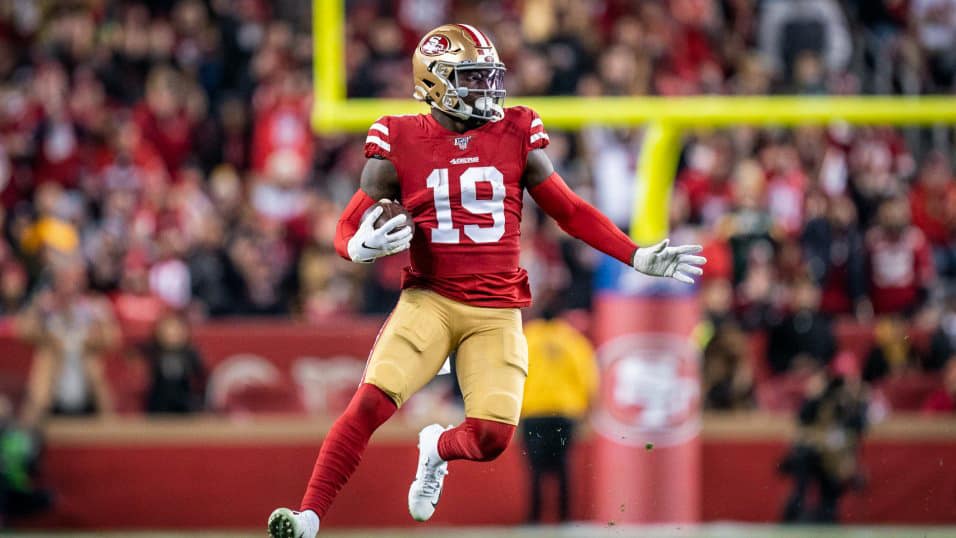 After a grueling 18 week season, the 2022 NFL Playoffs are upon us. Featured in this article is one of the oldest and fiercest rivalries in the history of the sport. The Dallas Cowboys will play host to the San Francisco 49ers as both teams will hope to kick off their run to the Super Bowl and try and relive the glory days of the 1980s and 1990s.

You can expect plenty of offensive firepower in this NFC wildcard matchup; both teams feature electric players like Ezekiel Elliott, CeeDee Lamb, Deebo Samuel, and George Kittle. Both teams are also led by quarterbacks whose ability has been called into question over the past 12 months but have left no doubt the season.

Dak Prescott is potentially the NFL comeback player of the year and Jimmy Garoppolo put to rest all those rumors of being traded or benched for Trey Lance. This could be the most exciting matchup of the wildcard weekend as this historic rivalry get to add a brand new chapter, with new faces who will define it for generations.

This game drew the 4:30 time slot on Sunday, which should allow you to find the prop bets of your liking while watching the Eagles and Bucs in the Sunday opener. Here are our picks for the top prop bets for this Wildcard matchup.

Amari Cooper made our list of best prop bets for the Sunday slate of Playoff games but we would consider betting on him to lead this game in total receiving yards as well.

CeeDee Lamb is the favorite for this wager, followed by Deebo Samuel, but it's actually Amari Cooper that not only has the best matchup in this game but the best matchup of all receivers on Sunday. The 49ers are strong against the slot and one outside receiver, assuming Emmanuel Mosely lines up opposite Lamb for the majority of the game, Cooper will benefit from facing either Josh Norman or rookie Ambry Thomas.

With +400 odds at FanDuel Sportsbook, this is our favorite 'longshot' prop bet for the 49ers-Cowboys Wildcard matchup.

The 49ers Always find a way to get Deebo Samuel the football and I look for more of the same in this one. As I’m expecting him to have a couple of sweep plays out of the slot to try and throw off Dallas’s defense. It has been a big part of their game plan all season and I can’t see it changing now.

Samuel has gone over 28.5 rushing yards in 7 of his last 8 games and I can't see that changing now. Bet the over, which is set at 28.5 across the board but is available at -108 at FanDuel Sportbsook.

It almost seems like a given that Cowboys running back Zeke Elliott will find his way into the end zone in this one. Outside of when he was injured, Elliot has run like a man with a vengeance the season as he helped lift the Cowboys to one of the best records in the league. Alongside Dak Prescott, Zeke has this team and fanbase positioned for their best shot at a Super Bowl in over 30 years.

You can also grab the prop at favorable odds of -105 and if you parlay it correctly with other props you could find yourself raking in a decent amount of cash off of the back of Zeke in this one. If you’re looking for even more upside, Caesars Sportsbook has Zeke at +480 to score twice. This is particularly intriguing as I believe he will carry the majority of the load over Tony Pollard in this one and should be particularly involved in the red zone offense.

One thing is certain in any San Francisco gameplan this season, they will find a way to get their superstar wide receiver Deebo Samuel the ball. Whether he’s catching passes from Jimmy Garoppolo or running sweeps out of the slot Samuel is going to get the ball.

That’s why I think it’s more likely than ever that he finds the endzone in this one no matter how hard the Dallas Cowboys defense try to keep him out of it. We are getting even money on this one at BetMGM Sportsbook and I think it's worth a wager.

Much like his teammate Debo Samuel, George Kittle is another guy on the team that no matter how hard you gameplan for him he is still going to find a way to end up with the football. So Kittle going over 48.5 yards in a pivotal playoff game seems like it’s almost guaranteed as they will need to lean on him if they want to win this one.

A nice bonus prop to also use on George Kittle would be receptions and I believe short and quick passes will be a huge part of the game plan for San Fran. Kittle will likely be a star in a playoff game where he is the biggest X factor on the field. I would not be shocked to find Kittle in the endzone as well and at +170 at BetMGM, that prop is worth a look as well.