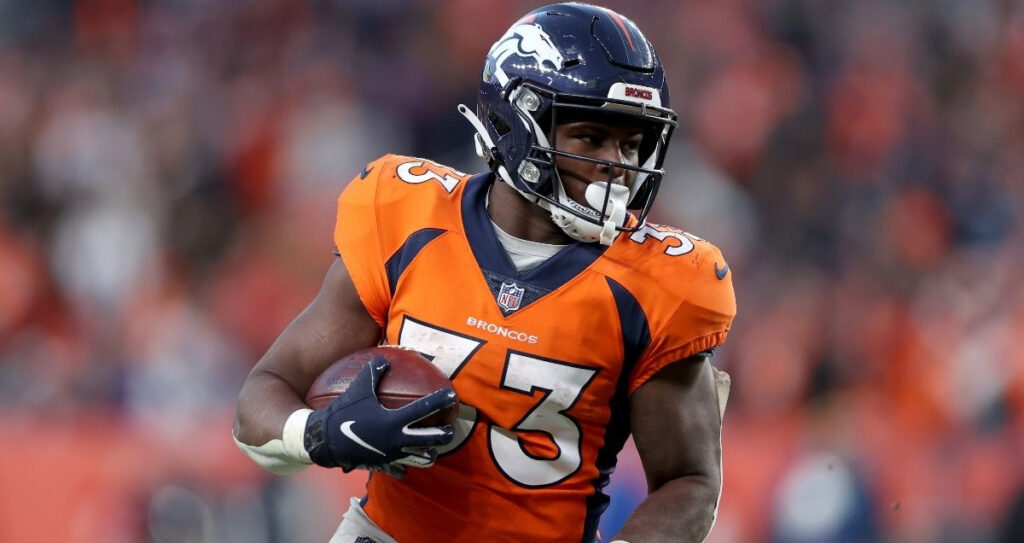 Javonte Williams is a talented RB, but we like him to stay Under his rushing yardage prop for Sunday Night Football against the 49ers.

This week’s Sunday Night Football lineup places the spotlight on two teams that have already experienced some disappointment and adversity this season. The San Francisco 49ers lost starting quarterback Trey Lance to what is likely a season-ending ankle injury after a Week 2 victory over the Seahawks.

Enter Jimmy Garappolo, the recently re-signed backup quarterback who threw for 154 yards and a touchdown to lead the 49ers to a win last week. This also comes after a Week 1 loss as touchdown favorites to the Bears, so this road trip to Denver is an important one.

The Broncos find themselves much less hopeful for success in 2022 after their new head coach and quarterback combination has resulted in 33 combined points through two weeks. Also embarrassing was the infamous 64-yard field goal attempt in their Week 1 loss in Seattle. Russell Wilson has not lived up to early season expectations for the team that signed him to a 5-year, $242 million off-season contract.

The Niners are slim road favorites entering this primetime clash, so it should be a fun game to watch. To make the game even more exciting, here are our 3 favorite player prop bets for Sunday Night Football.

Wilson has not contributed to a more high-powered version of the Bronco offense that the team and fans had hoped for. While Denver is 8th in the NFL in passing yards through two games, all those yards have only been accompanied by two touchdowns. Seattle and Houston, their first two opponents, are both in the bottom 10 in the NFL in passing defense.

No team has allowed fewer passing yards this season than San Francisco, and they’ve only allowed two touchdowns through the air. Wilson will struggle to move the ball in this game, let alone throw two or more touchdown passes.

Wilson Jr. is now the leader of a backfield that lost starter Elijah Mitchell and rookie Tyrion Davis-Price in the first two games of the season. No team has run the ball more times than the 49ers with 82 carries as a team in two weeks.

Denver has allowed the fifth-fewest rush yards to opponents this season, but that’s largely due to the number of attempts against them (37) rather than their average yards per rush allowed (4.2). Wilson Jr. should handle around 15 carries on Sunday night and will surpass this total if he can average 4 yards per carry.

As we discussed in the handicap for Wilson’s passing yards, San Francisco has stifled opposing teams’ ability to throw the ball in 2022. They’ve also allowed the least rushing yards in the league and are giving up just 2.6 yards per carry as a team, which is the best in the NFL. In short, this defense will be tough to move the ball against and just as tough to score on.

That doesn’t include the fact that Williams has split carries 50-50 with Melvin Gordon so far this season. If this prediction holds, and San Francisco jumps out to an early lead, Denver will not have much choice but to throw the ball. Not that they’ll do well in that regard either.