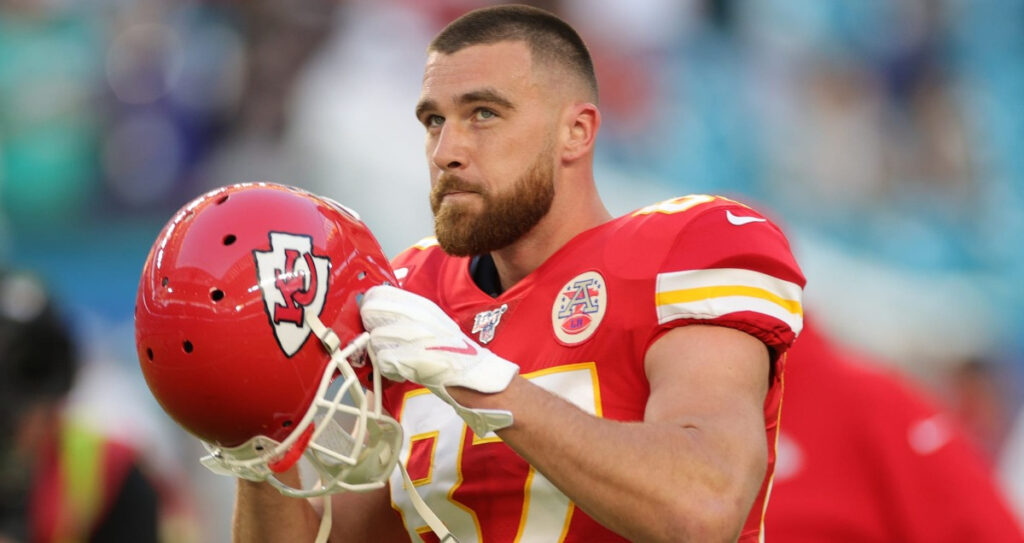 One of our 4 PrizePicks props for NFL Week 10 is on Travis Kelce to go Over 73.5 receiving yards.

It was Monday, bloody Monday for us with our NFL player props the last time out. We stumbled to an 0-4 mark. Losing our Chris Olave receptions prop by 0.5 was especially painful along with seeing Alvin Kamara fall 6.5 yards short of his receiving yardage total.

That's how it goes sometimes in the sports investing world. Being able to quickly move on is key to having success in the long run. Let's bounce back with 4 PrizePicks props for the NFL Week 10 Sunday slate.

Chubb has been a beast all year long, which makes us wonder why this total is priced so low. The former Georgia Bulldog has surpassed this rushing total in 6 of 8 games so far this season. He should also be well-rested since the Browns are coming off a bye week.

Cleveland ranks 8th in yards per rush (5.0) while Miami's defense only ranks 19th (4.6). The Browns O-line should be able to open up plenty of running lanes for Chubb in this game.

We don't worry about Chubb getting enough carries because Cleveland ranks 4th in rushing attempts per game (33.3). The Browns also average 164.6 rushing yards per game while the Dolphins give up 117.4 per game. In the end, we feel that this number is at least 10 yards too low.

Jacksonville's defense has improved a lot this year but they still struggle to defend the pass. That's not a good thing when you're facing this Chiefs offense, which leads the league in passing yards per game (311.8).

Kelce has once again been Patrick Mahomes' favorite target this season. He's gone Over this receiving total in 5 of 8 games. The perennial Pro Bowler has also gone racked up 98 or more receiving yards in 3 straight games.

We made the mistake of playing Mills to go over his passing yardage total a couple of weeks ago and we won't do that again. Houston's passing game is horrific. They only average 5.8 yards per pass (29th) and 188.6 passing yards per game (26th).

The Giants actually have a very underrated secondary. They rank a respectable 9th in yards per pass allowed (6.3) and 2nd in opponent completion percentage (57.95%). With Brandin Cooks and Nico Collins both listed as questionable, the Texans receiving corps is looking mighty thin.

New York stinks against the run, as they rank 31st in yards per rush allowed (5.5). That tells us that Mills won't be throwing many passes in this game because he'll be too busy handing the ball off to Dameon Pierce. Let's play Mills Under his passing yardage.

We think Johnson is the most talented receiver on the Steelers roster, but he's gone Under this receiving yardage total in 3 straight games. Kenny Pickett is targeting Johnson plenty, but almost every pass is a short screen it seems.

The Saints should be hungry for a bounce-back performance after getting embarrassed by the Ravens on Monday Night Football. New Orleans ranks 9th in passing yards allowed per game (199.7) so they should be able to keep Johnson and the Pittsburgh passing offense under wraps in this one.

Pittsburgh throws a ton of passes but as we said, most of them are of the dink and dunk variety. Our numbers show Johnson topping out at about 40 receiving yards so we'll ride the Under!

Best of luck with all of your PrizePicks action this week! Let's turn this ship around!