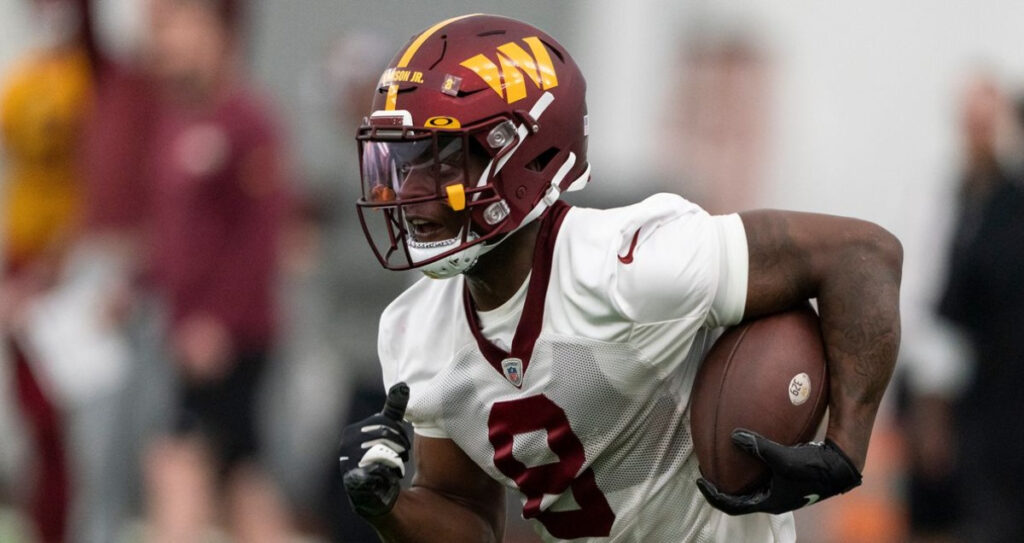 Even though he's done well of late, we like Brian Robinson to stay Under his rushing yardage as one of our 4 PrizePicks Player Props for Week 8.

Monday Night Football didn't go as well as we'd hoped. We hit easily hit our Mac Jones Under passing attempts prop but Rhamondre Stevenson wasn't even close to going over his rushing yardage. David Montgomery was the real heartbreaker, as he busted our Under play by 9.5 rushing yards.

Oh well, time to move on to a new week and a new slate of games. Let's get a jumpstart on the card with 4 PrizePicks player props for NFL Week 8. Thanks to PrizePicks' generous payouts, you could turn $20 into $100 if all four of these picks cash!

It's amazing to see how much this Jets team has improved this season. Robert Saleh has this bunch playing with a new purpose and a new attitude. What's even more interesting is that the Jets are winning despite a poor passing offense.

We cashed a Wilson Under last week and will come right back with it again in Week 8. The former BYU star only threw for 121 yards last week against Denver and 110 yards against Green Bay in Week 6. We don't think Wilson's passing yardage number will be too much higher against a New England defense that ranks 5th in EPA per pass.

You can bet that Bill Belichick will have the defense ready to rock after getting embarrassed at home against the Bears on Monday Night Football. Wilson has played against the Pats twice and only averaged 131 passing yards. Let's ride the Under!

B-Rob's story is nothing short of remarkable! He gets shot just before the season starts but is already back in the lineup. Even though Robinson has been carrying the majority of the rushing workload for the Commanders, we're going against the grain and playing this one Under.

Indy's defense sucks against the pass but they're actually pretty solid against the run. The Colts rank 9th in EPA per rush allowed while Washington's rushing offense only ranks 22nd. We love the fact that Indy only allows 4.1 yards per rush, which ranks an impressive 4th in the league.

If Washington wants to exploit Indy's main weakness, they're going to have to rely on Taylor Heinicke to throw the ball. This means that B-Rob may not get enough carries to have a huge game. He's also still splitting reps with Antonio Gibson, so that's another factor in favor of the Under.

Waddle is a bit dinged up with a shoulder injury, but he still reached 88 receiving yards on Sunday Night Football against the Steelers. The former Alabama speedster shouldn't have any trouble lighting up this awful Lions' secondary.

So far this season, Waddle is 5-2 to the Over against this yardage total. Now that Tua Tagovailoa has knocked some of the rest off, we expect a big game from him and this Dolphins offense.

Man, this number just looks too low! Jefferson has been an absolute beast this season! He's averaging 109 receiving yards per game and is 4-2 to the Over against this amount of yardage.

The former LSU star has been lighting up defenses and we think he'll do just that against Arizona. The Cards only rank 26th in EPA pass defense and 25th in passing yards allowed per game (258.6).

Arizona has done an excellent job of limiting opposing teams' star receivers, but we don't see that happening in this game. Minnesota is coming off a bye and they'll be ready to rock at home on Sunday. Play Jefferson to go Over!

Best of luck with all your NFL Week 8 action! Let's get back in the win column.