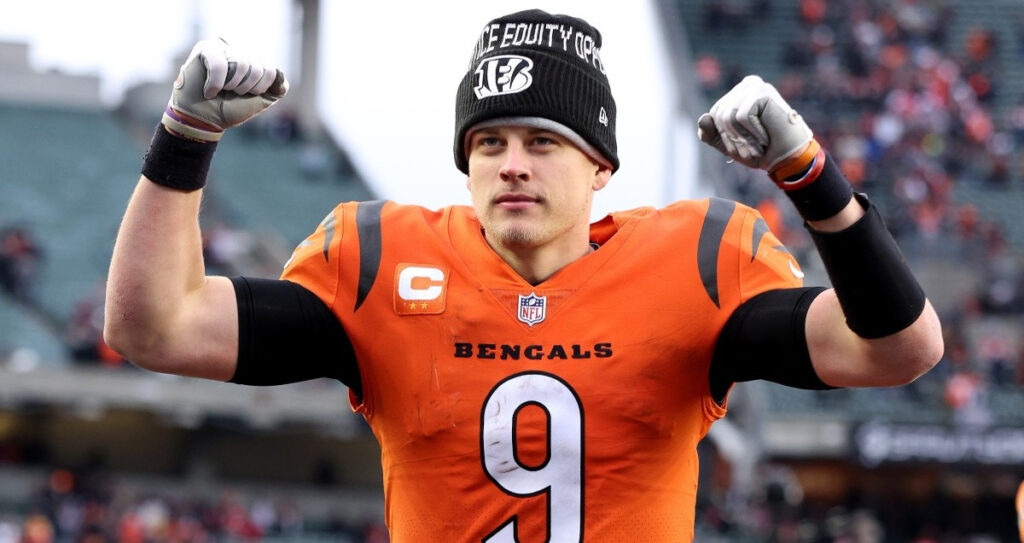 One of our favorite NFL player prop bets on Sunday involves Joe Burrow.

Evan McPherson made just one field goal on his lone attempt of Cincinnati’s win against Baltimore to prevent us from cashing on his over. Even still, we'll never complain about going 2-1.

Looking ahead to this Sunday’s pair of games, we’ve prepared another edition of best bets for player props and present those for the second round of NFL playoff action below.

Allen’s career playoff rushing average across seven games is a shade under 56 yards per game. Buffalo’s win against Miami marked just the second time in those seven games that the Bills’ quarterback has rushed for less than 50 yards.

His 39 pass attempts in that game were his most in the postseason since January 2021 against Kansas City. The Bengals struggled to contain mobile quarterbacks on the ground this year and allowed 100+ rushing yards each time they faced teams like Baltimore, Atlanta, and New Orleans.

We project Allen will see more opportunities to move the ball with his legs this week against a defense that hasn’t adjusted well enough to that skillset in 2022-23.

The vaunted Buffalo Bills' defense has allowed multiple touchdown passes in four of the seven postseason games during the Josh Allen era of resurgence for the franchise.

We will grant that two of those games have been against Kansas City, but they’ve also allowed Philip Rivers (as a Colt) and Mac Jones to match that feat since 2021, which bodes well for Joe Burrow and the Bengals’ passing game.

In a matchup that we’re projecting will remain within one score, we expect Burrow to rise to the occasion again in the playoffs and complete multiple TD passes on Sunday afternoon.

CMac has become much more of a pure rushing threat in this 49ers’ offense compared to his days in Carolina. In six games for the Panthers this season, he had three games with 50+ receiving yards.

McCaffrey had four such performances over his next 12 games in San Francisco. Where McCaffrey has thrived in this passing game has been near the goal line.

His five receiving touchdowns for San Francisco this season, including playoffs, were his most since 2018. While he may find the end zone as a receiver on Sunday, we will take the under on his receiving yard total based on that information.

The ageless kicker has attempted 12 field goals in San Francisco’s last four games and made multiple kicks in three of those matchups. The 49ers’ ranked 19th in the NFL this season in red zone touchdown percentage and have converted just 43% of those attempts at home this season, nearly 30% below their average on the road.

Gould made 19 of his 27 field goals on home turf this year. His team is facing a Dallas defense that ranked 8th in opponent touchdown % when in the red zone and has held their last three opponents to 33%, third-best in the NFL.

We like Gould to trot out for at least 2-3 attempts on Sunday and are confident he’ll make good on those for us. Take the Over with confidence here!