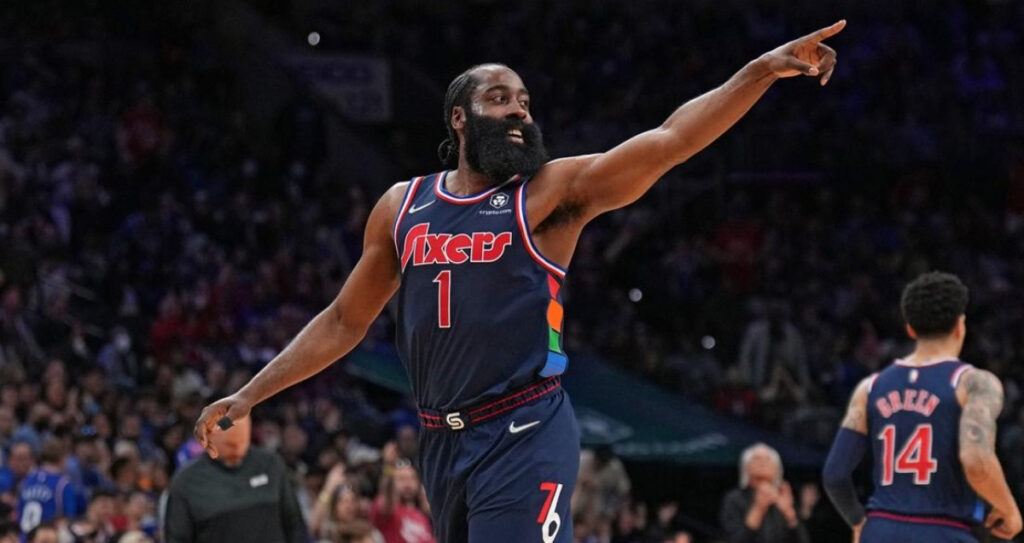 One of our 4 NBA Props for Friday is on James Harden to go over his assists total.

Ten games on the NBA betting board for Friday, and we're ready to roll with actionable info! ESPN will air the Warriors at the 76ers in the early tip. The nightcap will be between the Nuggets and the Lakers.

Ready to make some money on the hardwood? Here are 4 NBA Props and a Same Game Parlay for Friday, December 16! Let's start the weekend off on the right foot.

Anthony Davis is averaging just a tick over 28 points per game on the season. However, the month of December has been extremely productive for Davis. He is averaging 33.7 points during the month, and that includes a game in which he scored only 1 point when he exited after 8 minutes due to injury.

In his 2 previous games against the Nuggets this season, he scored just 22 and 23 points. Those games were back in October, and Davis seems to be on a different level now.

Grimes is averaging just 7.4 points per game on the season but is coming off his 3rd highest-scoring game of the year on Wednesday. He shot 4 of 7 from deep in the overtime win over these same Bulls 2 nights ago.

He has exceeded 10 points just 5 times this season, and we don’t believe this will be his 6th. He will need to shoot lights out again from long range to go over 10 points, and we just do not see that happening again.

Nurkic has gone over 10 boards just 3 times in his last 8 games. On the year, his average is just under 10.5, and tonight, he faces the Dallas Mavericks on the road.

The Mavs allow the least rebounds per game to opposing teams on the year. Nurkic is going to have trouble getting upwards of double digits in rebounds tonight.

The Warriors are allowing the most assists per game to opponents, and that is exactly who Harden will be facing this evening. Harden came back from injury and put up games of 10 and 7 assists in his 1st two games.

Harden has had games of 12, 16, and 15 assists over the last 3. We believe Harden will rack up the assists once again against the Warriors team that seems susceptible to allowing a good number.

Siakam has hit a three-pointer in 8 of his last 9 games, while Van Vleet has hit 2 in 5 of his last 6. They face Brooklyn tonight, who have allowed an average of 14 made threes to opponents over their last 3 games. That places them as 7th worst over that stretch.