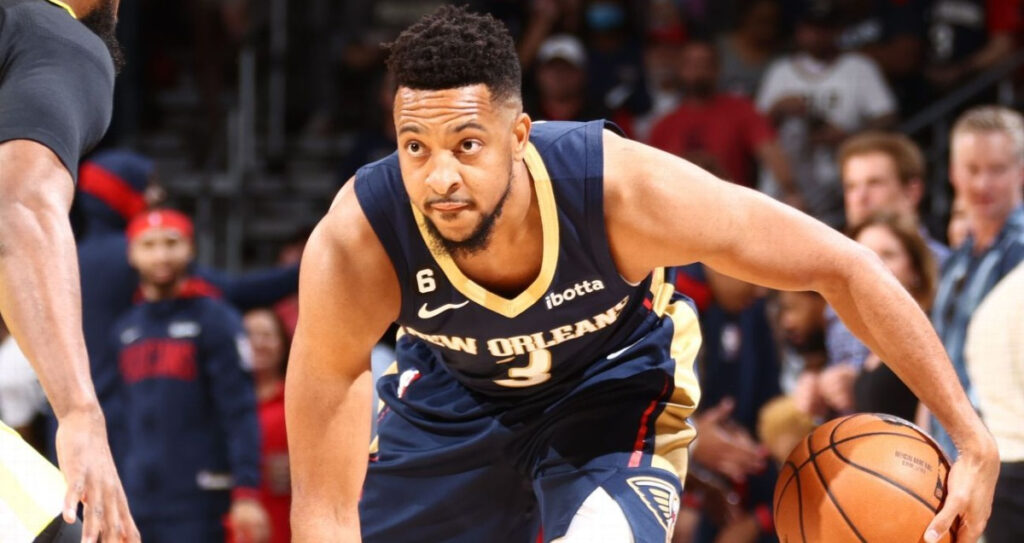 Our favorite PrizePicks prop for Wednesday is CJ McCollum to go Over 19.5 points.

Our NBA player props got off to a decent start on Monday by going 2-1. We barely missed the 3-0 sweep as all we needed was 1 more bucket from Jaylen Brown. Even still, the PrizePicks Flex Play still returned $45 on a $20 bet.

We'll look to keep the positive momentum rolling with 4 NBA PrizePicks props for Wednesday, November 9. Feel free to play these however you wish. We're putting 2% of our bankroll on the Flex Play and 1% on the Power Play.

The Power Play pays out at 10 to 1 odds but you have to sweep the entire card. With the Flex Play, you can go 3-1 and still get a 1.5X payout. Sweeping the card with the Flex Play nets you a 5X payout, which isn't too shabby.

Doesn't it seem like Horford should be about 50 years old by now? We must admit we have a soft spot for the former Florida Gator because he cashed several prop bets for us last season.

Horford is a smart player who can shoot the ball pretty well from beyond the arc. In his last game against the Grizzlies on Monday, Horford hit all three of his 3-point shots. We think he'll shoot the ball well tonight against a Pistons defense that ranks 26th in defensive efficiency.

Detroit looks to be a bit improved but they're still giving up 117.5 points per game. Boston should roll in this spot and Horford should easily get into double figures for the 5th time this season.

This is a tough Under to play, especially since San Antonio hasn't rebounded the ball well yet this season. Nevertheless, we'll trust our projection that says Morant won't get more than 4 rebounds in this game.

Our reasoning for this play comes down to purely value. Almost every sportsbook in the market has the Under heavily juiced. FanDuel has the Under juiced to -146, so we think it's worth throwing this into our PrizePicks parlay.

So far this season, Morant is only averaging 5.7 rebounds per game. He's stayed Under this rebounding total in 6 of 10 games. Let's ride that trend!

Here's another one that screams value to us! Every major betting shop has this heavily juiced to the Over and FanDuel even prices it a full point higher at 20.5.

We love playing McCollum over for some other reasons as well. For one, the point total in this game is listed at 232.5. That means there should be lots of possessions and a frenetic pace.

New Orleans leads the NBA in points per game (118.5) and Chicago ranks a lackluster 24th in opponent 3-point percentage (37.6%). McCollum has gone Over this point total 7 out of 10 times this season, which makes this our favorite play on the board.

Garland is a stud but he's a little bit banged up with a knee injury. He's only played in 4 games this season and is only averaging 19 points per game.

We could see the Cavs getting out to a big lead over the Kings and then giving Garland some rest time on the bench. Sacramento doesn't play great defense but they do a pretty good job of limiting fast break points. Because of that, Garland shouldn't be able to get any easy layups.

It also doesn't hurt that no sportsbook favors the Over on this prop. Let's roll with the Under!

Best of luck with all your NBA Wednesday action! Let's cash some tickets!