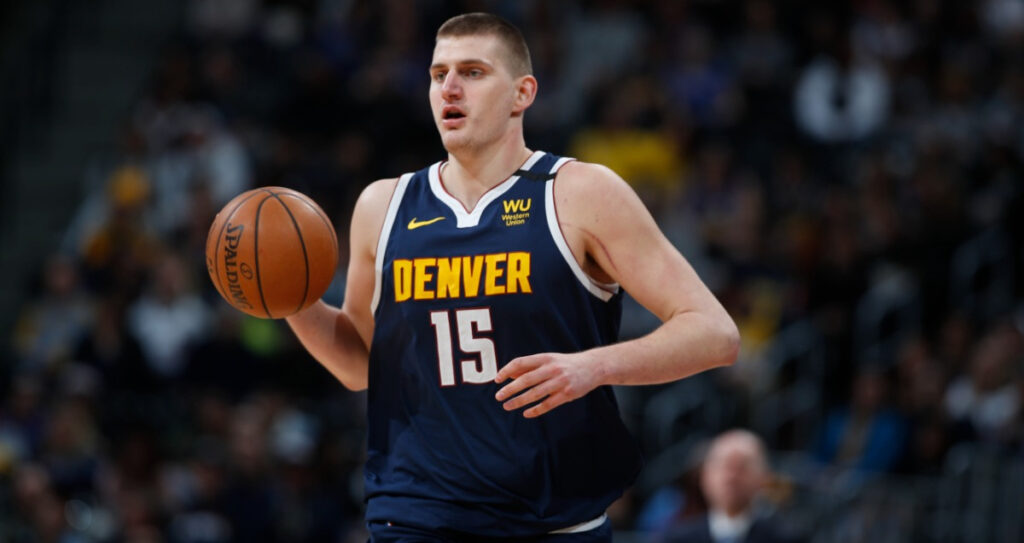 One of our favorite Same Game Parlays for Friday is on Nikola Jokic.

Isn't October a fantastic month for sports betting? The NBA is back and to say we're excited would be a gross understatement. We love the Association for one reason: player prop bets!

There are 11 games to choose from on the NBA board tonight so there's no shortage of positive EV opportunities. We've isolated 4 NBA player props and 2 Same Game Parlays for Friday, October 21. Best of luck with all your action!

Vassell was an atrocious 3 for 15 from the field and 0-8 from deep in the 1st game of the season against the Hornets. This is a guy that averaged 12.3 points per game last season and shot 42% from the field and 36% from long range.

We believe Vassell will turn it around in game 2 and make the most of his increased shot attempts. The former Florida State star is simply too talented to turn in back-to-back subpar shooting performances.

Ayo was stellar in his season debut against the Heat. He shot 7 of 14 from the field including 3 of 6 from deep. He finished with 17 points and looked like the player many witnessed perform at a high level during his college career at Illinois.

With his total being much lower in this game, we believe he will not shoot 50% from the field, nor will he have upwards of 14 attempts. Ayo is likely to have a ceiling of 10 points in this one.

Zion reached 9 boards in his 1st game of the season last week against the Nets in a blowout win. The Pelicans will have a tough game in this one against the Hornets and we believe Zion is going to get his 1st double-double of the season here.

The 9 boards should not be a problem for Williamson as he will bully the older Plumlee and Valanciunas inside on the glass. Pelicans fans are thrilled that the former Duke standout is finally healthy.

Capela finished with just 8 boards in his 1st game against the Rockets. He is going to be contending against Wendell Carter Jr and Paolo Banchero on the glass in this matchup.

We believe Capela will be saddled with foul trouble because of Banchero’s ability to find contact around the rim. If Capela's minutes get limited due to foul trouble, he'll have a hard time reaching double-digits in rebounds.

Smart has so many weapons at his disposal in this offense where he can pick up assists. He finished with 7 in their 1st game against the 76ers. With only needing a tick over half of that total, we should be in good shape.

Herro went 4 of 8 from long range in his season opener. He looks like a man on a mission this season after having rigorous offseason training for this year. Our numbers have Herro finishing with 4 three-pointers in tonight's matchup so we have no problem pairing him with Smart's assist total.

The Warriors have no answer for Jokic and will likely look to push the pace and simply outscore them in this matchup. Jokic will have his way in any half-court set and should dominate the glass with relative ease.

A lot of folks may be worried about asking a big man like Jokic to hit a shot from downtown but we're not concerned. The 27-year-old made at least one three-point shot in 53 of his 74 regular season games last season. The -110 odds seem like a bargain in this parlay.